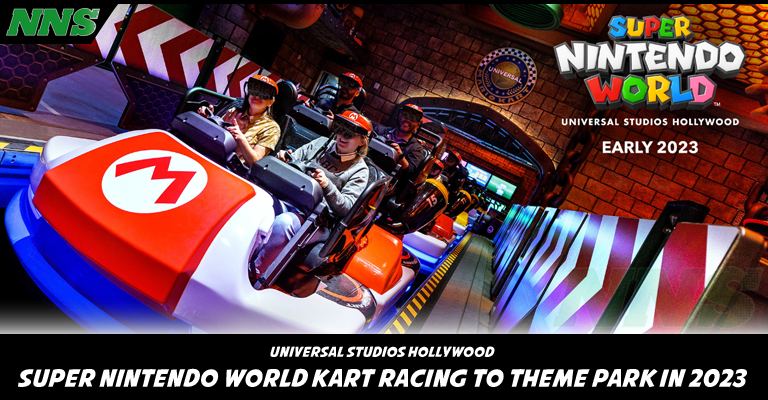 While the park addition of Super Nintendo World is still coming in early 2023, fans are definitely interested in what is coming to the themed land.

It’s been announced that the signature ride for Super Nintendo World will be a ride featuring one of Nintendo’s most popular video games.

“Mario Kart: Bowser’s Challenge” will be an augmented reality ride that is inspired by the game of the same name.

Riders will sit in a four-seat Mario Kart and all players will wear AR goggles that will transport them into the world of Super Mario Brothers, including an intro to the race from 3-2-1-GO themselves, Lakitu!

Can you win the Golden Cup, can you defeat Team Bowser, and will you come in first!

The ride will be accessible in the recreation of Bowser’s Castle. While inside riders/players will be taken through a completely unique ride. Each ride will be different with recreated environments from the multitude of Mario Kart levels.

You can see a sneak peek at the “Mario Kart: Bowser’s Challenge” Ride below!