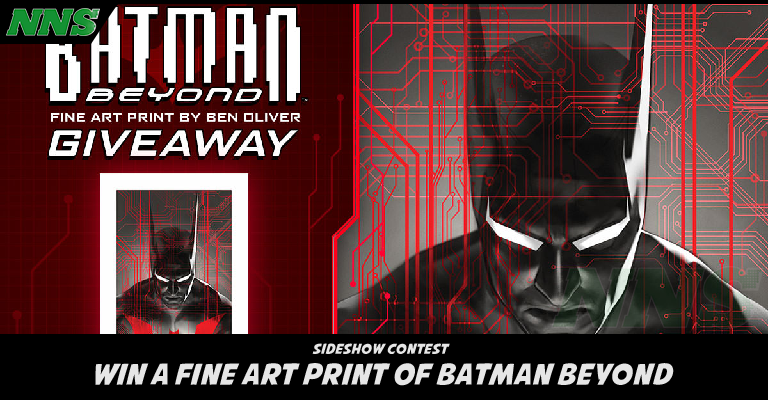 As a child, I remember watching Batman Beyond on TV, and being obsessed with the sci-fi notes, mixed with my well loved Batman series. From Blight, to the Joker Gang, the show showed how Gotham could get better, and worse at the same time, and gave more depth to a fictional world that I enjoyed. Now you have a chance to own a peice of that world with a fine art print from Ben Oliver.

Ben Oliver is comic book artist, who is well known for his work on 2000 AD, Judge Dredd, The Authority, The Losers, and Ultimate X-Men. On top of that work though, he also did the cover art for Batman Beyond #30 and #31.

Now it’s your chance to Win Ben Oliver’s new art print, which is only available for pre-order at this time for everyone else. If you win the print will likely be sent out between March and May.

To enter this contest, all you have to do is head over to Here, to the contests official page, and enter the running.

It’s important to note for entrants, that if you win, you are agreeing to pay shipping for your prize.