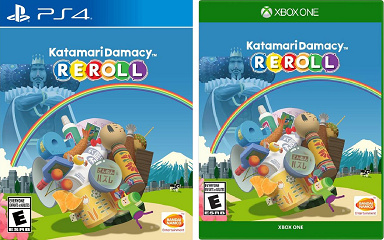 Katamari Damacy REROLL by Bandai Namco Entertainment America Inc.
Remade, and rerolled, as you play as the Prince. You must gather all you can to replace the stars in the sky, after your father the King of All Cosmos accidentally destroys them all. If you loved the prior version of the game, you can now enjoy it in HD. 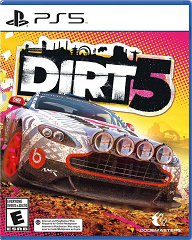 Dirt 5 by Deep Silver
They’ve taken a new approach to the off-road racing that is Dirt, in their newest installment of the franchise. Jump into over 70 routes with dynamic weather, throughout times of day! Play online with up to 12 players and create and capture your very own highlight reels of the action!

30 in 1 Game Collection by Merge Games
Six themed islands to hold and organize 30 game options for the family who can’t decide what they want to play! Play local co-op, competitive gameplay, family gaming!

Hyrule Warriors: Age of Calamity by Nintendo
If you were a fan of Breath of the Wild, now you can look to the past, and see the battle 100 years prior that led to the Age of Calamity. Play as Link, the four Champions, Zelda, and more as you try to save the kingdom of Hyrule.