Return to Supercross in the only official AMA Supercross Championship game! Play the 2021 roster, tracks, and experience. Play the most expansive career mode to date and race to your heart’s content!

Jack, Ash, and Jed must defeat the forces at the Chaos Shrine. However, are they the worries foretold, or just a fool cast upon the shores of fate. 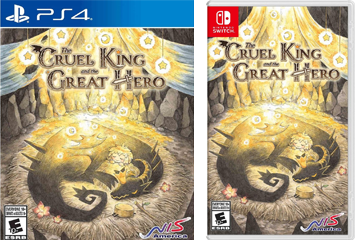 The Cruel King and the Great Hero by NIS

A hero defeated and then befriended a dragon, but when the hero died, he asked the dragon to watch over his daughter. Now venture as the pair as they fulfill the hero’s dream of her following in his footsteps.

A single-player role-playing game where you choose to be the hero, or the monster. Play as a detective as you solve crimes or become corrupt.

Return to Japan’s outrageous and lewd rail-shooter. Fight off girls as they vying for your affection, find true love as you become irresistible to all women.