If you’ve played Darksiders, you remember the concept of the Horsemen, and playing as War. In Genesis, you see a more in-depth look at how the Horsemen came to be, who they are, and what they’re really made of. The Horsemen are the unholy products of the union between angels and demons known as Nephilim. The Nephilim were granted a great amount of power, before being ordered to use it to wipe out the rest of their race. You play as both War and the newest character, Strife, in their most recent assignment: preventing Lucifer from upsetting the Balance of creation and destroying the world. The addition of Strife allows you to play with a friend in cooperative mode, or simply to swap between the two characters in single player. Who do you prefer? The oldschool epic swordsman, War? Or the new gunslinger? Either way, they need to work together to stop the apocalypse! 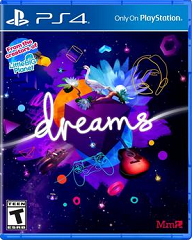 A highly creative and ever-expanding game set in the dream universe (Dreamiverse), create games, puzzles, music, paintings, movies, or anything else your heart desires in this open-concept world-sharing experience by the people behind Little Big Planet and Tearaway. Play, Create, and Share your dreams with others in the global community. Bring your ideas to life! 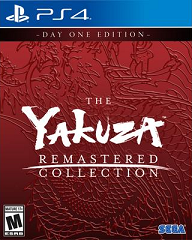 This epic action-adventure from 2012 is coming back with upgraded graphics in this remastered edition. Play as five main characters across five different areas of Japan during the tumultuous time after the death of Tsubasa Kurosawa, the chairman of the Omi Alliance. This event triggers talk of war among the yakuza clans across Japan, and it’s your job to try and prevent it. The Yakuza series was well-known for having one of the more intriguing and immersive stories in the gaming world, and Yakuza 5 had perfected the gameplay system, bridging combat and adventure modes seamlessly compared to its predecessors. Rich in Japanese culture and lore, Yakuza was one of those titles that everyone needs to experience, and now that it’s been remastered for the PS4, it’s time to add it to your library!

The first game to combine the worlds of a pet care and training simulator with dating (not like that, thankfully!), you get to enjoy raising a dog and possibly hitting it off with other pet owners you run into in the city! True love can be both your furry best friend, and your human companion! Teach an old dog some new tricks, and meet Rainbow Bay’s singles with the world’s best wing-pup by your side. Raise your pet’s stats in Paws Academy, enjoy the bustling city life, engage in wacky adventures, and play with your fur baby in sandbox mode at the end of a long day.

Switch players can finally enjoy the trucks, stadiums, stunts, and athletes that made Monster Jam a household name in off-road racing games for such a long time! Compete with 25 trucks as you race through a dozen stadiums or the huge open world. Wreck EVERYTHING! Do a barrel roll! Perform jumps, destroy junkers, bust up some body panels, mess up the environment, and then celebrate with a quick back-flip. Compete in the Monster Jam World Championship, or play Head2Head with a friend. All on the ultra-portable Switch console!