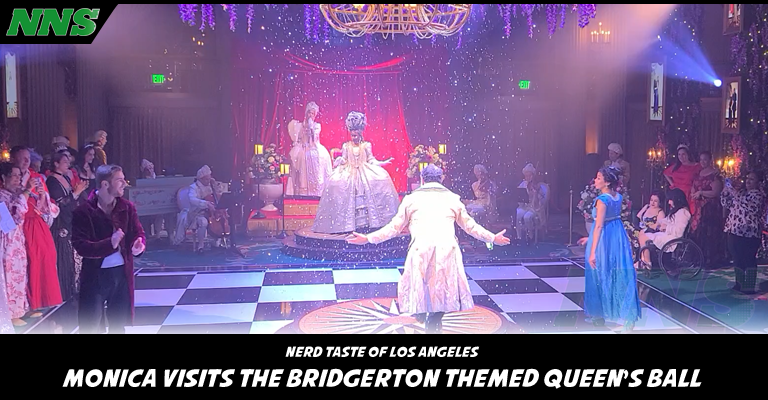 Hello dear readers. We at Nerd News Social got the chance to attend Her Majesty’s royal ball where young singles of the Ton were allowed to present themselves to the Queen and introduce themselves to society.

Julie Andrews I am not, but please allow me to try to reach her level of grace and eloquence as I describe the intricate elegance of this incredible experience in the heart of Los Angeles.

We arrive at the historic Biltmore Hotel in Downtown Los Angeles, which was almost built 100 years after the period Bridgerton takes place. The Biltmore is well known for its incredible châteauesque architecture, almost baroque hallways, and of course, their huge parties. The Biltmore was built during Prohibition, and the hotel’s Gold Room acted as a speakeasy, complete with a hidden door to the street for a quick escape from the police. But we’re not here to talk about the Academy Awards that were hosted here, or how several presidents used this hotel for their war rooms, or even how Al Capone’s ghost is said to haunt these halls. We’re here to discuss the latest of the hotel’s events: The Bridgerton Experience. 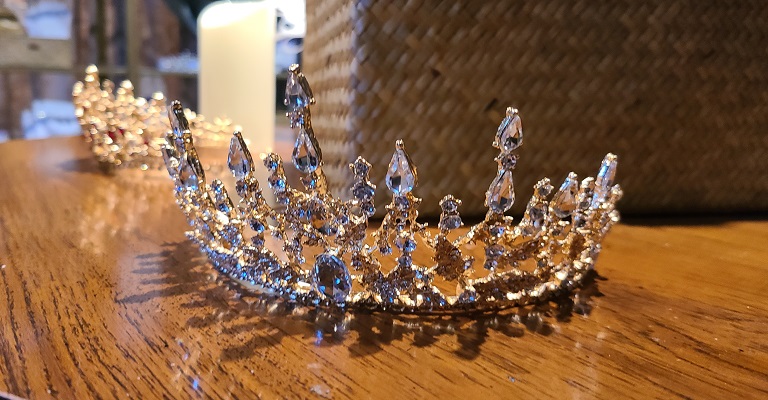 As you enter the hotel, you’re directed to a space just beyond the Gallery Bar and Cognac Room, where you’re greeted by costumed personnel in front of a large red curtain who check you in. Nearby is a shop offering various period-appropriate items such as opera gloves, tiaras, and wooden fans. Also available are show merchandise such as bags, shirts, hoodies, and hats. At the precise moment the 90-minute experience begins, the curtains part, revealing a glowing arched corridor lined with wisteria flowers and fairy lights, truly transporting you to another time. 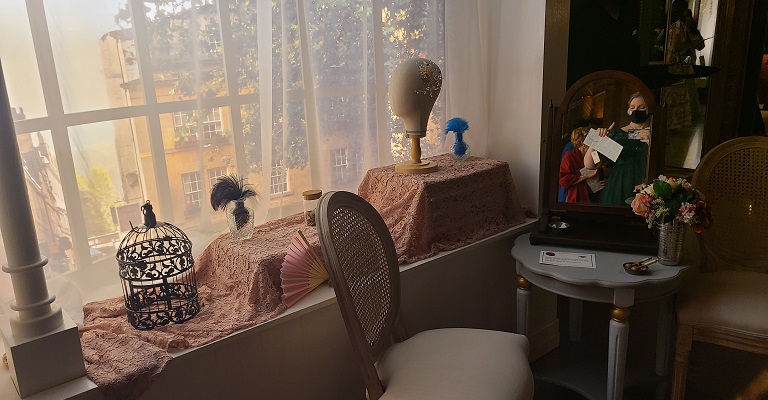 Past the floral entrance, you’ll find yourself on the streets of the Ton, just in front of Genevieve Delacroix’s own Modiste. It’s here that you’re handed a copy of Lady Whistledown’s most recent papers. The outside windows of the clothery sports dresses from the show, and inside you’ll see a series of familiar outfits worn by the characters, alongside a plaque naming the character and the episode where the outfit was seen. Just past the shop is another photo opportunity at a gorgeous gazebo draped in more fairy lights, just in front of the doors to the patio garden, where a nice have of croquet can be played. Up the stairs to the left of the gazebo is a grand room filled with photo frames and a stage where you can recreate the painting of the Duke and Daphne, and at the end of the long runway is Her Majesty’s seat.

Guests have a good amount of time to get drinks, take photos at the many photo spots available, and maybe even solve the short interactive puzzle on the Whistledown papers. Then the Queen arrives. Amidst a loud announcement followed by fanfare, the Queen strides effortlessly through the very path you took to enter this room, posing at several moments for photos, and has a gentle seat at the end of the red carpet. A brief announcement alerts the crowd that a diamond will be chosen by the Queen at the end of the night, and the person (not gender-restricted!) who catches Her Royal Highness’ eye the most during the festivities will be celebrated as the season’s Diamond. At this moment, guests are instructed to line up for an introduction and offer their very best curtsey or bow for the Queen’s favor, followed by a raucous round of instructed country dancing. 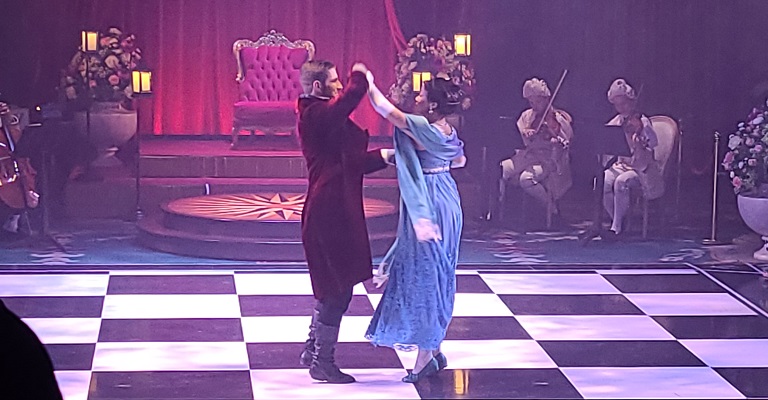 Merriment ensues for a good long time, before the side doors to the room open and the Queen exits through them, revealing the main event in the grand ballroom. Her Majesty has a seat at the head of the room, and the floor is taken over by actors reminiscent of Daphne and the Duke, who perform beautiful reenactments of several of their courtship dances, including some work with silk ropes! The guests are encouraged to hit the floor to the sound of live musicians who play with the skill and presence of Lindsey Sterling. At the end of the magical evening, the Diamond is selected, and the dancing gets a little less formal and a little more club-like. 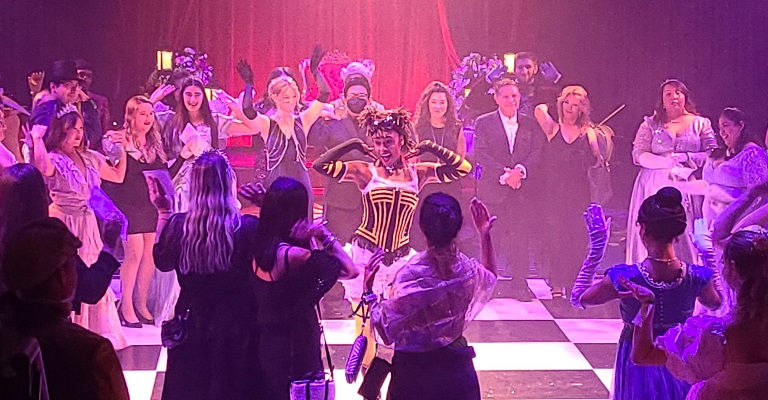 Starting at a mere $45 ($85 if you want access to the coveted guaranteed stadium seating in the ballroom and a complimentary glass of champagne), you can be whisked away to a time long past and fully immerse yourself in your favorite Netflix series about love, sex, and bees. And with that, this author will bow out, and hopefully, return to the Regency era again next week to see who the next season’s Diamond will be. Soon we will also post a video, in the meantime you can check out our Conner’s Critique on Season One and Season Two.