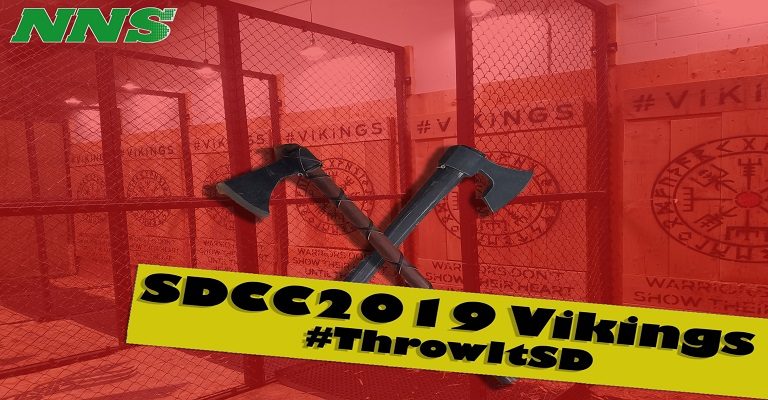 During San Diego Comic-Con, History channel’s Vikings were there in full force!

Vikings had partnered with Throw It, a unique and friendly business that specializes in giving patrons a thrill by running an ax throwing range.

Before we talk about Vikings though, I want to talk about Throw It. They offer a pretty cool service, and it’s only $30 bucks to rent the lane for an hour. Additionally, they do allow you to rent the space for a private event, much like Metro-Goldwyn-Mayer Studios Inc. did for Vikings. Imagine it my San Diego readers… Birthdays! Bachelor Parties! The world is your oyster! If that interests you, reach out to them Here! 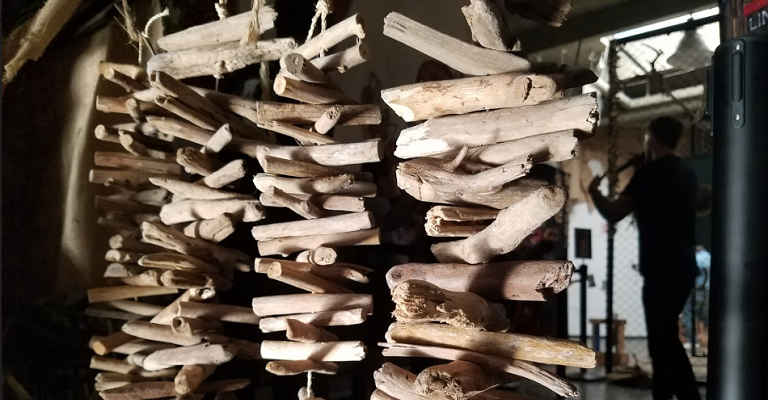 Back to Vikings now. – Every year Vikings have amazing experiences. Last year they has a the Seer reading fortunes, the year before a viking funeral (they lit a boat on fire in the harbor), and years before that they even had longboat rowing competitions.

This year being no different, Vikings wanted to help their fans feel more like vikings. To do so they put the blades of the barbarians in their hands.

If you happened to be near Throw It at 339 7th Avenue, San Diego, California 92101, United States, on Saturday July 20, 2019, you could have stopped in and thrown an ax for free. MGM was covering your tab! The location had even been radically altered for the event. If you came to the event you could even have met members of the cast. Alexander Ludwig, who plays Bjorn Ironside, and Katheryn Winnick, who plays Lagetha, were on site from 2:00 p.m. through 5:00 p.m.. Both of them even stayed a little long, so that they could sign items, and take selfies with fans. 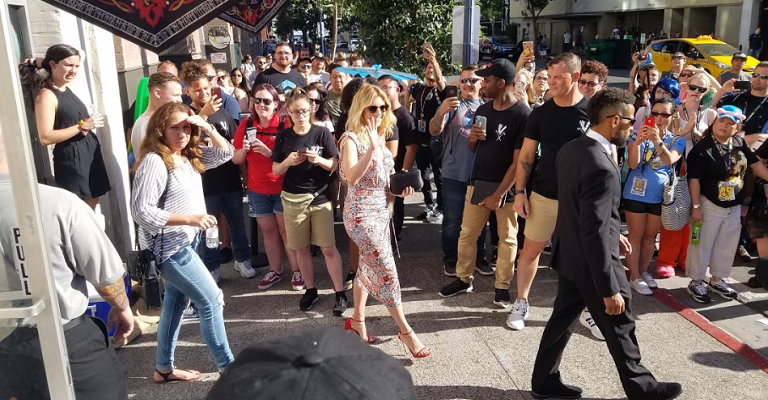 Right in the door, before being taken upstairs fans could get a photo-op with a viking sitting on a throne. They had a pension for taking pictures of them decapitating people. 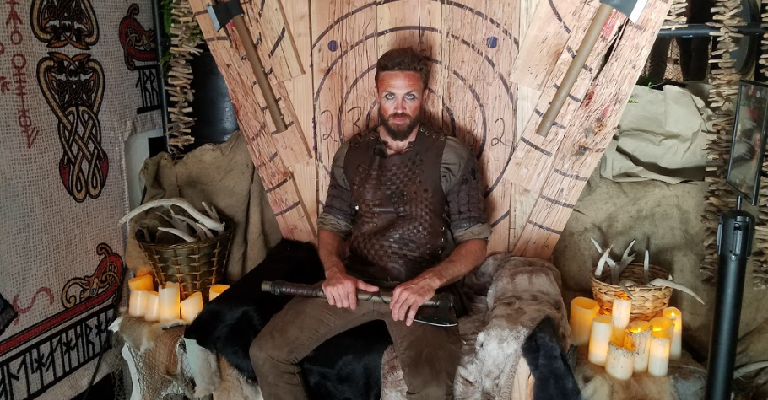 Up the stairs, right before throwing axes, you could also take a picture with a lovely shield maiden. 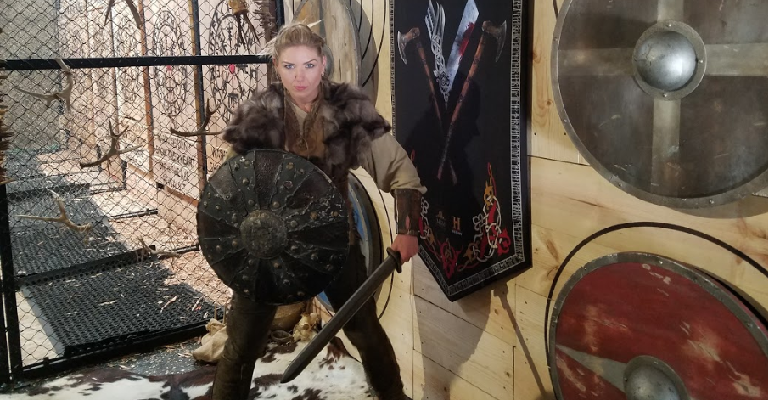 After the photo ops, they take you, train you and explain the safety. Then it’s AX THROWING TIME! 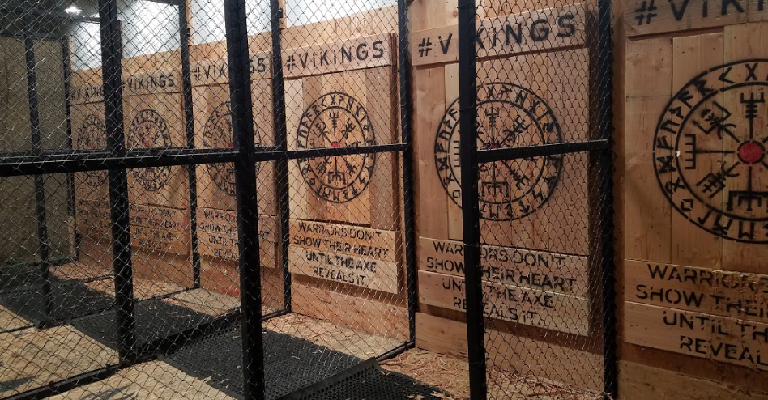 Now, due to safety reasons, we weren’t able to bring our cameras into the throwing lanes, so while we are going to show you how horribly we did at the lanes, please accept our apologies first for having it filmed through the chain-link fence.

With the upcoming sixth and final season coming, it’s heart breaking to think that they will no longer be ravaging the San Diego county every year.

Remember the show comes back this later this year, so make sure to tune for the sixth and final season of VIKINGS!