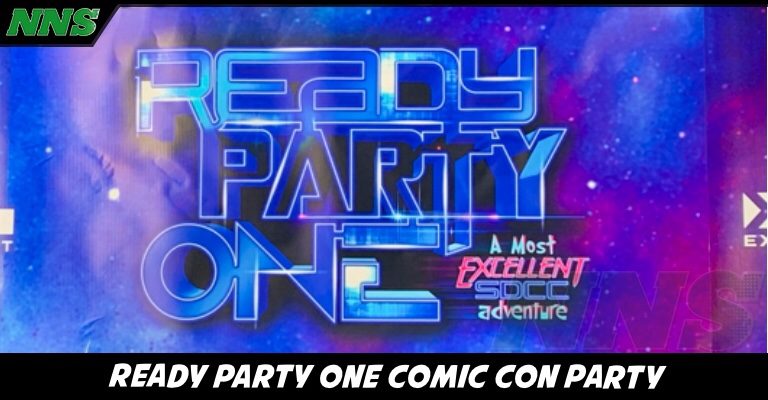 Conveniently located near the San Diego Convention Center and downtown hotels, is the Fluxx nightclub. During Comic Con they have partnered with The Nerdist, XLEVELENT and CrunchyRoll, and will be having three very different nerd themed events on three different nights. Tonight, I got media VIP access to the Ready Player One themed night! As a huge fan of the book, who has not only found the hidden Easter eggs hidden within the text printing of the book, but has also found the first two gates, I knew I had to get to this event.

There was a huge line of ticket holders going around the building waiting to get in. I as media, went over to the carpet and took some photos of the various famous faces that were hanging out that night. I’m sure there are more than who I took photos of, including the original black Power Ranger Walter Emanuel Jones! Being a Ready Player One themed event, I thought it was very on brand and super cool of him being there.

Finally I went in. Instead of an internet playground, the Oasis was transformed into a beautiful bar. The stage had a DJ playing all the 80’s classics including some of my favorites like Rush and Prince. Other entertainment of note included the official Back To The Future band The Flux Capacitors! In addition there was the ability to join a challenge in the nightclub where you could possibly win some prizes! There was also a photo opportunity in front of the lockers from Ludus Public School.

The most wonderful thing was seeing characters from all over the nerdverse dancing together. I saw the Bob’s Burgers family dancing with a knight from Monty Python and the Holy Grail and Shazam. A truly magical night. The next themes coming up are for Stranger Things called The Upside Down and for Awesome Mixer 2 which is of course Guardians of the Galaxy.