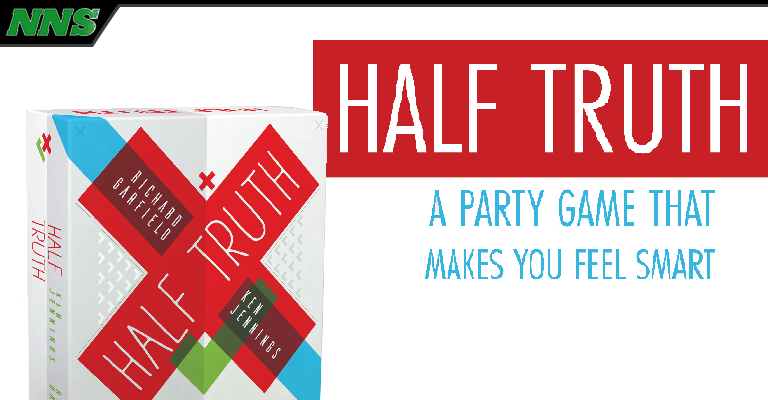 Ken Jennings knows trivia, and that was made very clear from his 74 wins on Jeopardy and his book Brainiac about the obsession with trivia. However, Ken thinks he knows what is most important about trivia, and that’s about feeling smart.

How Does The Game Work?
Generally the game works by answering trivia questions.

The creators stated though they wanted to make it a little easier for people to answer the questions. Instead of shouting into a void with no understanding, or having to have a high level of knowledge/experience in a specific field, they wanted to limit what could be an answer. Something we sometimes wish Geek Out did on thier game. 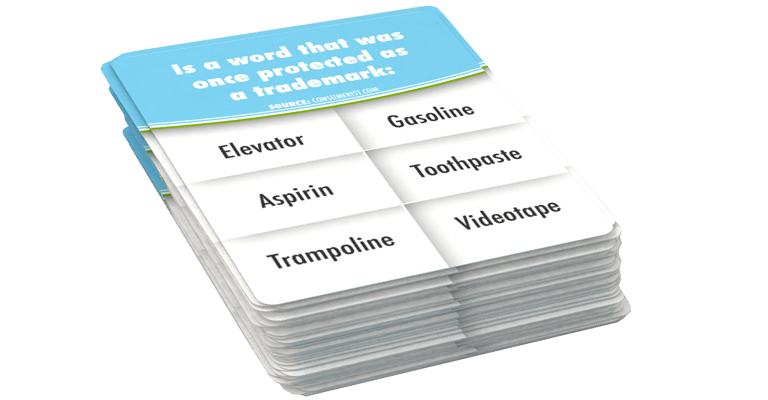 The important part though is that everyone feels smarter, and no one feels like they can’t answer a question. That’s important in a group friendly trivia game.

How Does Winning The Game Work?

Unlike most games that rely on an “Answer Questions From a Card As a Group” mechanic, Half Truth relies on a board tracker. Setting a general goal of victory. Players must travel through the three rows of the tracker to win. No count your points. No hold these cards. A simple victory board counter.

This is beneficial and negative.

In that, the board tracker is a benefit. Sometimes when you blindly play a game because you don’t care about hand counting victory points, you can burn out from a game. Having a board tracker to victory will prevent that situation.

What Are Our Concerns?
We primarily have two, that are likely not real concerns.

I needed to watch the play-through guide video to get a complete understanding of player victory, and even that wasn’t super clear.

My second concern is how players place their bets on selected answers.

While the board shown seems to showcase which answer you’ve choosen. The token-rama of the board seems very busy. Also, we have toddlers and cats at our house. These markers are goign to go sailing.

Would We Buy It?
That’s a loaded question. I personally like this game, but my main concern is replay-ability. I have a long memory, and games like this and Trivial Pursuit require almost a short memory. The likelihood that you’ll get the same card later is possible.

What I would personally like, is a disposable deck. Play it through, and toss it. Then, get “Season 2”. Now that would make this perfect for me.

That being said, I’m still likely to get it since we love party games, I’ll just have a higher chance of winning next time we play it.

GIVE ME THE LINK SO I CAN BACK THEM!
The Kickstarter campaign can be found Here!

Backers should be able to obtain the game just in time for the 2019 holiday season!