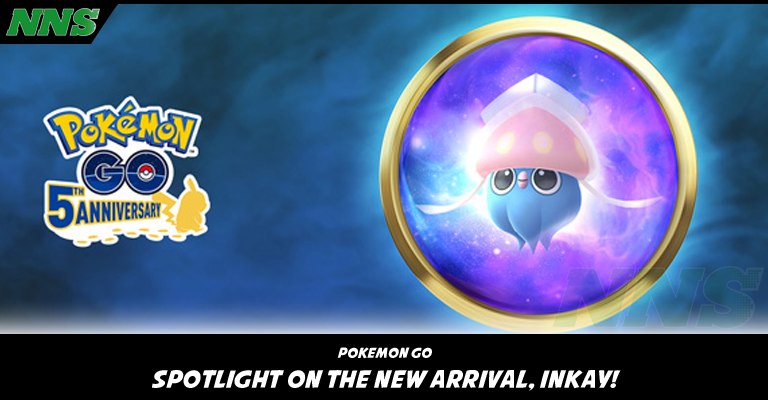 Hey, Trainers! A quick little blurb about one of the newer arrivals today; let’s talk Inkay.

It launched as part of the Psychic Spectacular that tied into the end of the Hoopa Ultra Unlock event. This little Kalosian Squidward is an interesting and fun design and there’s a special Evolution method I thought you might appreciate knowing. 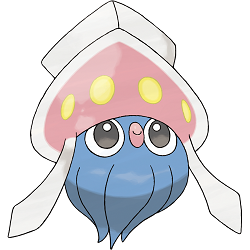 Inkay is a cute little guy. This squishy little fellow was introduced in Generation 6 and used the Nintendo DS hardware in a unique way. The Pokedex states that its primary method of communication is a series of complex patterns blinked out by those light-up spots on its body. It also uses this same flashing pattern strategy to lull its opponents into not wanting to fight. It will then either wrap them up in those tentacles for a quick bite or scuttle away to fight again another day

Turn your DS upside down and raise it to level 30 and it will evolve into Malamar.

See, notice that in its Inkay form, the tentacles are on the bottom of its body, but as Malamar, the tentacles become its hairdo? It kind of reminds me of the Asari from Mass Effect but… y’know. Less human. Wait! Did the Asari evolve from a squidlike ancestor??? 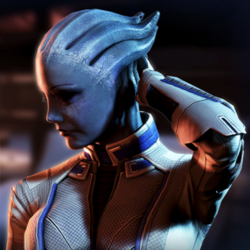 Malamar uses those spots on its body much the same way as Inkay, but it has the strongest hypnotic powers of any Pokemon. Even moreso than Hypno, who’s name is literally short for hypnosis! It is said to lure prey in by hypnotizing them then finishing them off with digestive fluids. Sounds like an overly moist way to go. Ew. But, it can also just make the victim of its hypnosis do whatever it wants. It’s actually said that Malamar have been present for many history-altering events. (Illuminati calamari confirmed.)

So. Can it bend history in your favor in Pokemon GO? 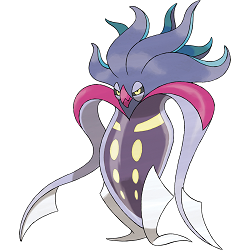 2667 is your Max CP, Attack of 177, Defense of 165, and Stamina of 200. Overall? Not a history or game-changer. It has a pretty unique typing in Dark/Psychic though which affords it great resistance against Psychic Type Attacks and… nothing else. It’s also super weak to Bug Type moves and has a regular strength weakness to Fairy-Type moves. This may be the shortest list of resistances and weaknesses I’ve ever done!

In terms of Attacks, it can have the Fast Attacks Peck (Which is hilarious because, yes, it has a beak but it’s so small!) and Psycho Cut which is STAB. In terms of Charged Attacks, you’ve got Superpower, Hyperbeam, Foul Play and Psybeam, the latter two being STAB Dark and Psychic respectively.

So. You’ll notice on your Inkay that the evolution method just shows a question mark and 50 Candy. Not super helpful! But remember what I said about turning your 3DS Hardware upside down? That was possible because the 3DS had a gyroscope that allowed the system to know when it was on a level surface or not, all the way up to and including knowing when the system was being held upside down. Your phone also has one of these nifty devices inside! Get your 50 Candy, hold your phone upside down and tap that evolution button! Your small order of calamari has become an extra-large.

Thanks so much for checking out the article, Trainers! I wish you the best of luck snagging a few Inkay for yourself! Just remember to use your Malamar’s hypnotic powers for good.