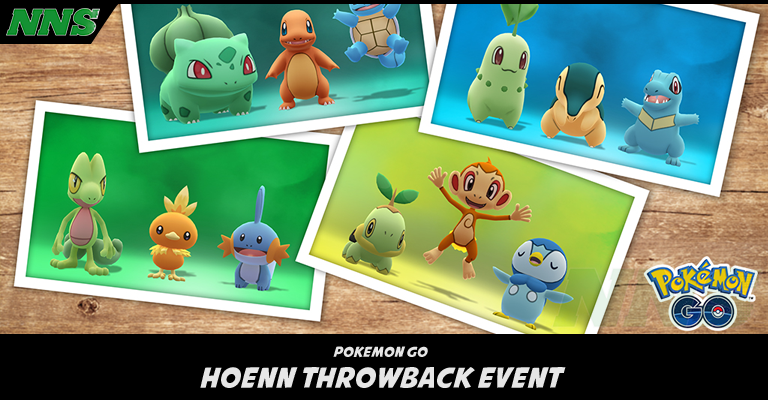 Hey, Trainers! Ready for another week of nostalgia-based fun in Pokemon GO? I sure hope so, because that’s what we’ve got.

Let’s see what we know about the newest member of Team Shiny; the itty, bitty kitty, Skitty! 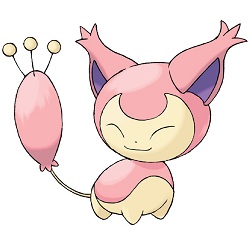 Skitty is a Generation 3 Pokemon obtainable fairly early on. It’s the only Pokemon in this Generation that evolves via Moonstone in the main series games. The Pokedex tells us that this Pokemon is drawn to fast-moving objects and will often chase its own tail to the point of delirium. It lives in forests, making its home in holes in the trunks of trees. It’s well-loved because it’s super cute.

An interesting… well. A weird piece of trivia. When the Generation 3 Egg Groups were first released, showing which Pokemon could produce Eggs with which, Wailord was placed in the Field group. This is the group generally reserved for mammals and other land-based critters. Think Rattata, Meowth, Nidoran, Ponyta, Numel. Stuff like that. Wailord, being the biggest Pokemon at the time and Skitty being one of the smallest made an odd couple considering they can, in fact, produce Eggs together. The meme “Wailord on Skitty Action.” was something you saw on a lot of Pokemon message boards. 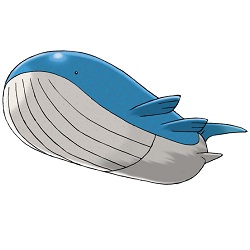 I don’t make this stuff up, folks. I just report it.

Once you evolve it into Delcatty, you may notice a decided shift in behavior. This Pokemon doesn’t keep a permanent nest, instead opting to lay down and sleep wherever it pleases, whenever it pleases, with the only constant being that it dislikes dirty places. It’s primarily nocturnal, becoming more active once twilight sets in. It dislikes conflict and will usually leave an area if it senses a fight incoming. Its fur, by the way, is noted as being sublime!

So, does this Pokemon bring its pacifist streak into Pokemon GO? Or are its fighting skills as sublime as its pelt? 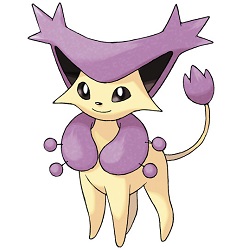 With a Max CP of 1496, Attack of 132, Defense of 127, and Stamina of 172, this kitten is better as a pet than a battling beast. Though, with perfect IVs and after maxing it out, it could be an alright Great League option for PvP. As a pure Normal Type, it is weak to Fighting Type moves and will resist Ghost Type moves and that’s it.

In terms of Fast Attacks you’ve got Feint, Zen Headbutt, and Charm, none of which are STAB. Charm is probably your most useful option. For Charged Attacks, you have Wild Charge, Disarming Voice, and Play Rough. Wild Charge will do more damage, but if you’re going with Charm for a Fast Attack, opting for Play Rough is probably a good option for a Fairy Type moveset that will, hopefully, help safeguard against Fighting Type opponents.

Shiny Skitty is a slightly darker, more peach toned pink than regular Skitty. It’s one of those that is a bit tougher to spot so be sure to pay attention carefully when hunting Shinies.

And that’s what we’ve got for you this week, Trainers! Stay tuned to Nerd News Social for the breakdown on next week’s Sinnoh Throwback event and the Throwback Champion event the week after that! Make sure to complete all of the Special Research tasks per region so you don’t miss out on any bonus content. As per usual, I wish you all the absolute best of luck!