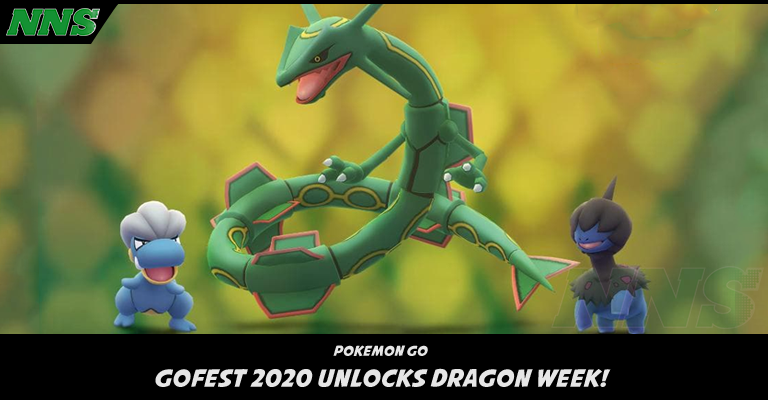 Well done, Trainers! By our powers combined we were able to unlock Dragon Week during GO Fest 2020. This event takes place from July 31st at 1:00pm until August 7th at 1:00pm.

Let’s see what bonuses we can look forward to: (Borrowed from my previous GO Fest article.)

Not bad, right? Those Gible and Deino are especially interesting considering it doesn’t seem like we’re getting a Community Day for either one any time soon. But I’ve broken those two down before in previous Spotlight sections. Gible is Here and Deino is Here. So, let’s tackle the other heavy hitter. It’s been out a while, but I’ve never taken the opportunity to break it down for you. 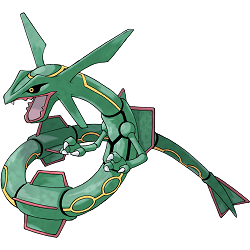 This awesome Dragon is one of my absolute favorites. For starters, it looks like Shenron.

Secondly, it’s an absolute beast on the battlefield.

The Pokedex tells us that this Pokemon is rarely ever seen because it lives up in the ozone layer, feeding on particles and water in the upper atmosphere. It looks like a meteor at night but that’s the most you’re likely to see of it. It’s been there for hundreds of millions of years. It will make exceptions, though, if Kyogre and Groudon are fighting. It’s happy to swoop down and put and end to that nice and quick.

So, has a couple hundred million years of isolation (Social distancing champion.) dulled its ability to throw down? Let’s see.

In terms of Attacks, you’ve got Air Slash and Dragon Tail as Fast Attacks – both are STAB with Dragon Tail winning out for DPS. For Charged Attacks, you have Ancient Power, Aerial Ace and Outrage. The latter two are STAB, with Outrage giving more damage. It’s possible new Attacks will be added in this new round of Raids as has happened with other encore performances from legendaries.

One other thing of note! Mega Evolution is indeed coming to Pokemon GO! Rayquaza has a pretty amazing looking Mega. 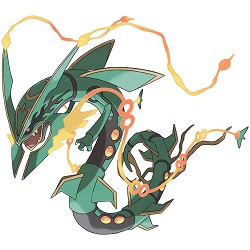 And its shiny form is available as well, which is a slick black and gold color scheme.

That’s all I got for you, Trainers! I wish you the best of luck getting Shiny Gible and Deino, and of course, good luck raiding for Rayquaza!