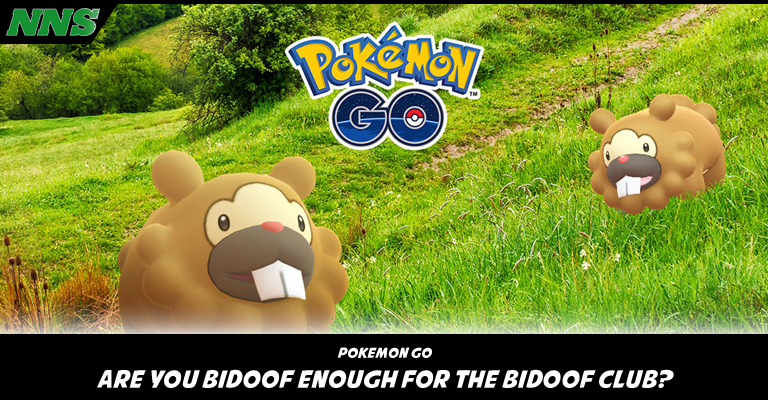 Trainers, we have an emergency.

An influx of Bidoof is expected to rain down upon us and may Arceus have mercy on our souls.

Friday June 25th from 10:00am till July 1st 8:00pm is the period of time within which we must deal with these invading rodents.

During the event, Shiny Bidoof will be available from the commencement of the event and it will know attacks it doesn’t normally know!

But wait! There’s more! Stack up those Lucky Eggs, Trainers because we have XP Bonuses!

And here it comes… the Spotlight on Bidoof. 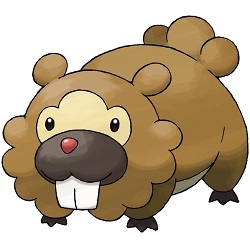 In the beginning, there was Arceus. The first of its children was Bidoof. Bidoof brought forth the vastness of space and the flow of time. It screamed its rage into the void and the void whimpered back. It crafted the Earth from its dandruff and dander and wrought upon it a period of great turmoil from which we gained the continents and seas. It thought about creating the sun and the moon and thus they were brought into existence. It rampaged across the multiverse, gnawing Ultra Wormholes in the laws of physics Arceus itself had written into being. It has no peers, it has no equal, it faces no challenge. It is a god among insects and it behooves us all to take a knee in its presence. Gaze upon its works and despair.

It later evolves into Bibarel so it may experience life as a mortal.

Bibarel is known as an extremely busy critter and hard worker. It gnaws through branches and bundles them up to construct dams within which to live. The best part is that it’s such a skilled engineer that the rivers it blocks never overflow their banks and are therefore no danger to local flora, fauna and people. (Well. Except maybe the flora it chews down to make its house, but the stuff it leaves standing is okay!)

Can it dam up its opponents in Pokemon GO, though? 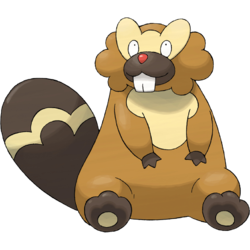 With a Max CP of 2061, Attack of 162, Defense of 119 and Stamina of 188, Bibarel is underwhelming. It’s a Route 1 Rodent so, you know what you’re in for, here. Even though it has an additional Type, being Normal/Water, that doesn’t help it much. It’s weak to Electric, Grass and Fighting. It resists Ghost especially well, with normal resistance to Steel, Ice, Water and Fire.

All of its moves are STAB, though! Fast Attacks are Water Gun and Take Down, while Charged Attacks are Surf, Hyper Fang and Hyper Beam.

Shiny Bidoof are a golden color – as if Bidoof needed to be more magnificent.

As always, I wish you the absolute best of luck, Trainers!