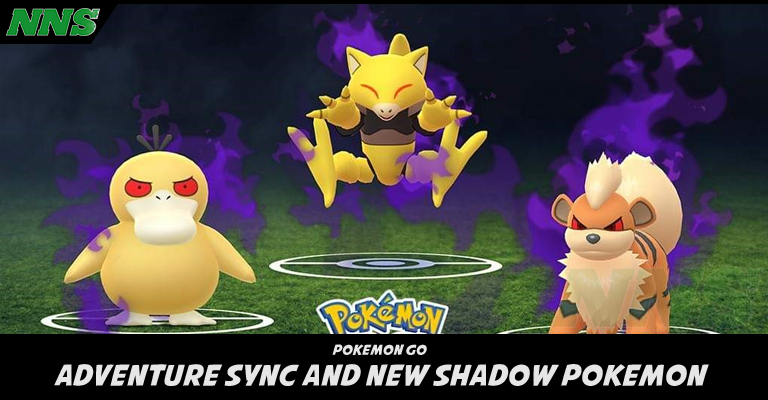 A new feature was released recently, updating the original Adventure Sync feature with a Nearby Pokemon alert. You can think of it like a Pokemon Radar, there to alert you when you’re entering a Pokemon’s vicinity even while the game is off. 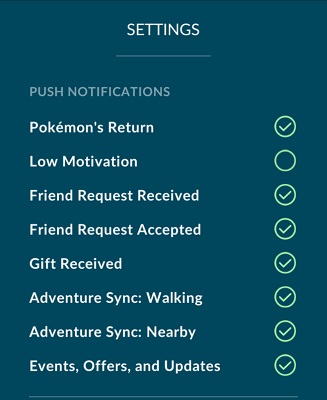 You must activate it from the Settings menu. It’s listed under Push Notifications. Tap inside the little bubble next to Adventure Sync: Nearby and you’re good to GO!

Hopefully this will alert you to some memorable and rare Pokemon. Good luck, Trainers!

Now, on to our next bit of news… 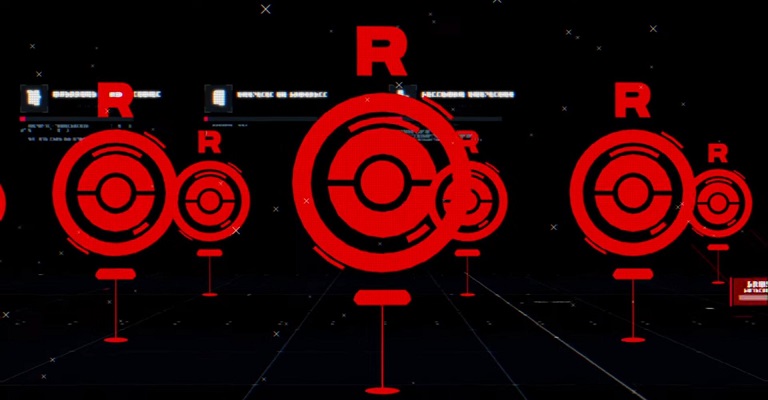 Team GO Rocket, apparently dissatisfied with mostly Zubat, Rattata and Ekans have started showing up with a few additional species. Grunts may now have any of these evolutionary lines;

So, this changes things up a bit! Larvitar, especially, is a welcome addition.

Of course, you know what that means… 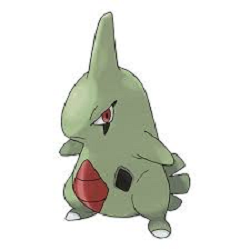 This ridiculous rock baby is one of Generation 2s most popular monsters. Available only late in the game while scaling Mt. Silver to face Red, it was something of a surprise to me as a young Trainer. Initially, as I hadn’t yet spoiled the Johto Pokedex by looking through it, I thought it was some strange kind of Bulbasaur. (In my defense, the thing’s tail looked like fern-esque leaves to me and the sprite was bright green, so…) And to cap it all off, I didn’t even manage to catch it on my first playthrough of Gold Version. In later runs, though, it would become a firm favorite.

A Rock/Ground type, the Pokedex tells us that Larvitar eats roughly a mountain’s worth of dirt before being able to surface. Once above ground, it can meet its parents and finally become a pupa.

Yes. This is a dirt dinosaur who goes into a cocoon.

Upon evolving out of that awkward pupa stage, it becomes Tyranitar. This is when things get real, folks. The Pokedex says this Pokemon is a walking engine of destruction, with power enough in one clawed hand to crumble mountains and bury rivers. It’s a mobile disaster, who’s rampages change the landscape to the point where maps must be re-drawn after one of its tantrums. What’s even better news, is that it has an insolent nature that causes it to not care about anyone, and to want to find foes to fight. Its hide, supposedly impervious to attack, gives it that sense of confidence that allows it to track down only the strongest of opponents. If it doesn’t deem you worthy, though, it will leave you alone.

So… mountain smashing strength and an impervious hide? How do these facts stand up to the harsh taskmaster that is Pokemon GO? 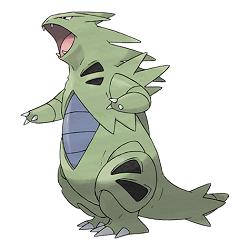 Pretty well, actually! Tyranitar makes up a huge number of Trainer’s main fighting force as a strong generalist and devastating specialist. It’s strong enough that even without a type advantage, it can deal serious damage and when used against things to which it has the upper hand re: Type matchup, it’s a real bruiser. It has a max CP of 3834, Attack of 251, Defense of 207 and Stamina of 225. In terms of moves, it gets Bite and Iron Tail for Fast Moves (Unless you were lucky enough to evolve one during Community Day, in which case Smack Down is also a great option.) Bite is a good move vs Psychic Type opponents, and considering how many Raid Bosses fall into this category, it’s a solid choice. For Charge Moves, you get Crunch, Stone Edge and Fire Blast. The former two are STAB and depending on what your Fast Move of choice is, you can either specialize by pairing Dark with Dark and Rock with Rock, or take a more balanced approach by varying Types. Fire Blast is safely ignored.

Where Tyranitar falls down is the sheer number of weaknesses it has. Fighting being number one amongst those. But also Ground, Water, Grass, Steel, Bug and Fairy. Yikes. So, hide impervious to any attack? Sure. Unless you’re one of those types.

And there you have it, Trainers! Good luck taking on Team GO Rocket’s newest weapons. Rescue those Pokemon and be the Heroes I know you can be!