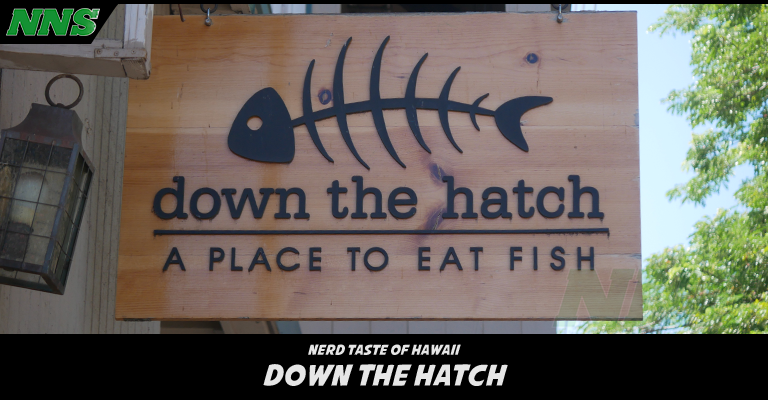 First told to us from word of mouth from a friend in 2016. All we were told was Lobster & Crab grilled cheese. We were sold.

Interestingly the restaurant was established in 2015 by three people from Georgia, USA. After getting thier fish preparing legs in the industry the owners opened their own restaurant, mixing the hawaiian tastes with the southern style!

Like our prior friends, Outrigger Pizza, Down The Hatch has also been featured on the Food Network on the show Diners, Drive-ins, & Dives. Their segment aired on June 16th, 2017.

Normally, when we come to Lahaina, we always and only eat at Cheeseburgers In Paradise, but we gave Down The Hatch a shot, and now it’s hard to decide where to go when we come to Maui. It makes us have to take multiple trips to Lahaina, which… to be honest, I’m not complaining about. 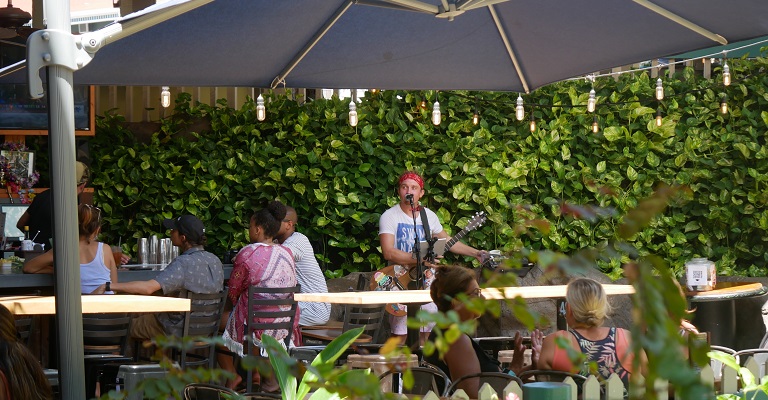 From Seating, a bar, and even a musician or two playing, it’s a lively spot right across from the relaxing Banyan Court. 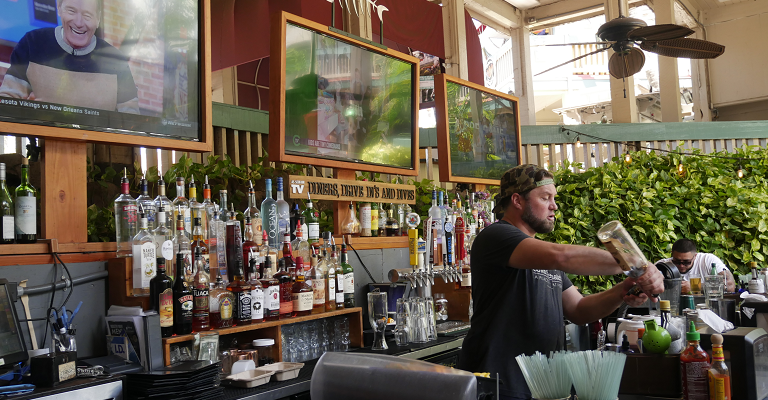 Oh, and it’s a full bar, with tons of options, and skilled bartenders pushing out solid, and strong drinks, from cocktails to local beers.

Thier outdoor courtyard seating is not just bar space though, so you don’t have to worry about the kids being kicked out. The view in the courtyard is amazing though, as it’s wrapped in a beautiful Koi pond, filled with multiple fish. 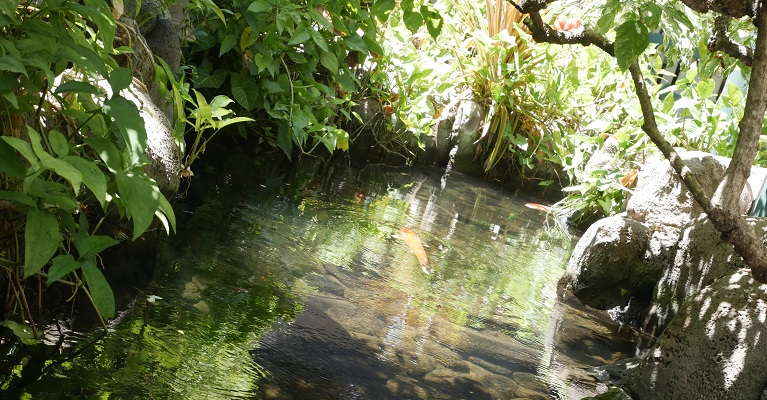 Our favorite two dishes that they make are the Lobster and Crab Stuffed Grilled Cheese and Mermaid Fries. 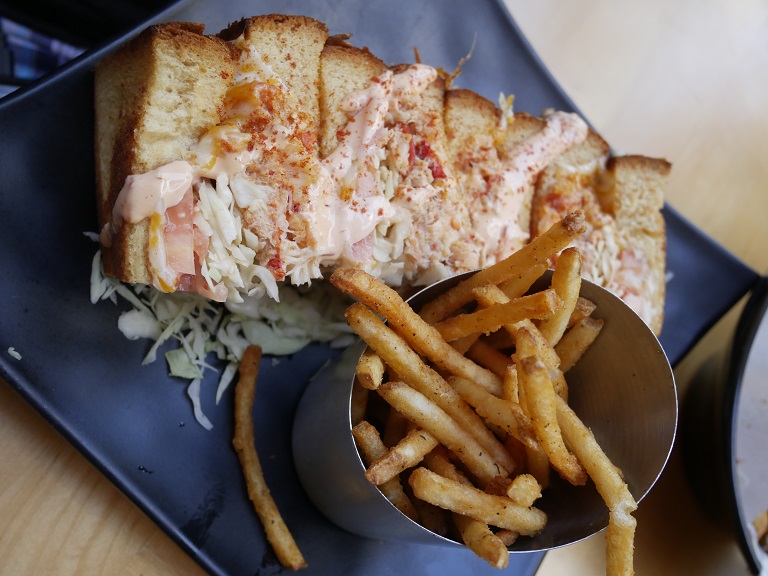 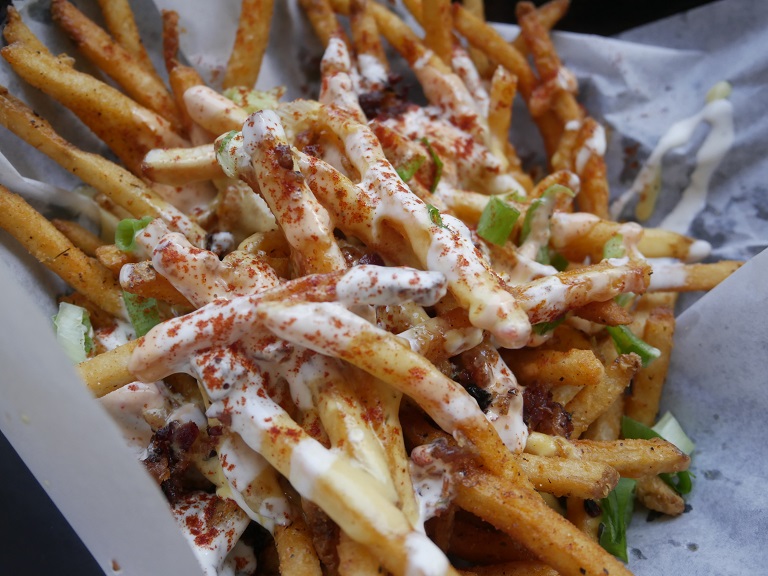 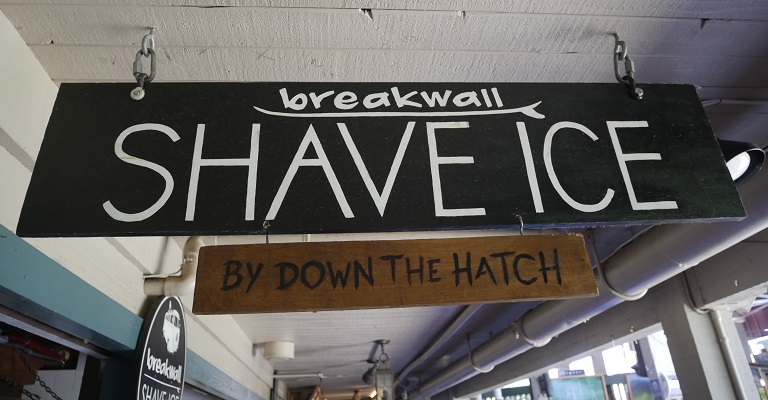 After you have their delicious food, if you are looking for sweet treat afterward, this side company Breakwall Shave Ice opportates next door, and claims to be the home of the “World Famous Adult Shave Ice”. A 21 year and older shaved ice with alcohol added to it. 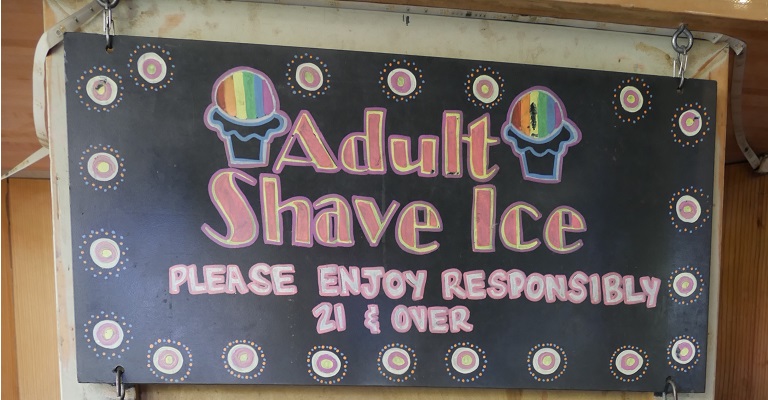 So come down to Down The Hatch and Breakwall Shave Ice. Their day starts with a breakfast specific menu, and the place is open from 7:30 a.m. through midnight. The bar however keeps going til 2:00 a.m..