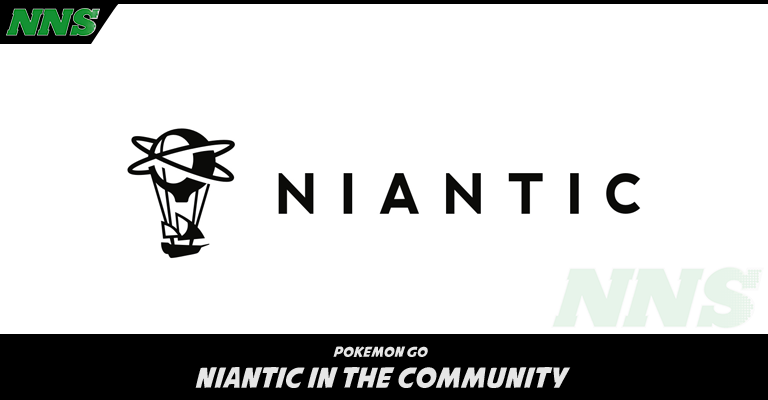 Hey, Trainers! We have a couple of newsworthy things to talk about today.

Niantic announced an interesting initiative recently. With the world in the state we find it, small businesses are having a rough time. Niantic is hoping to help by offering players the chance to nominate a small business for in-game promotion and location representation.

There are 1000 spots up for grabs, with players each being able to nominate one business for consideration. Niantic wants to keep this limited to family-owned businesses, Mom and Pop shops, places with ten or fewer employees or places with only a few locations, and they’re specifically looking for a diverse range of businesses to support. The nomination process must be completed by the 31st of July, with in-game representation potentially beginning in September. A small caveat to this; if the business is not ready to re-open for whatever reason, they can stall their inclusion until they’re customer ready. Which makes sense considering the goal is to drive foot traffic.

Sponsorship will cost the businesses nothing and will give them the in-game location for one year. They will also be given tools to run additional promotions in-game and out with geo-targeted messaging and marketing.

Personally, I am in wholehearted support of this idea! My only concern is which one of the small businesses I love am I going to nominate? Picking one will be hard. I also encourage everyone else to not only nominate a business they want to see included but support the businesses that eventually make the cut by patronizing them. Let’s show Niantic that their faith in us as players is worth rewarding while also making a positive impact on our community. Supporting small businesses is a great idea any time, but if I can get in a few Raid battles while I’m at it? I’m absolutely in love with that idea.

Plus, it will give rural players more chances to play in their communities which can be, unfortunately, a little bare in regards to Stops and Gyms.

You can nominate a business Here. As of right now, as is often the case with new features in this game, this is a somewhat limited roll-out available in the U.S.A., Canada, Mexico, Great Britain, and Japan.

Not only is Niantic investing in local and small businesses, but they’re investing in our communities in other ways as well. Namely, donations to several very important non-profits and causes.

In an internal email to Niantic’s staff and later released to the media, CEO John Hanke stated, in part, that “…the occasion demands that we rise up as an organization and marshall the powers and resources that we have to be part of the solution.” This was in direct response to the worldwide protests demanding justice for “George Floyd, Ahmaud Aubrey, Breonna Taylor, Tony McDade, Nina Pop and countless others.” to, once again, quote from the email.

Five million dollars, minimum, from the sale of Pokemon GO Fest tickets will be donated. Half of this will go to Black content creators in gaming and AR to encourage more diverse content, specifically on Niantic’s own platform. The other half will be donated to U.S. Based non-profits with an emphasis on rebuilding and strengthening communities.

One hundred thousand dollars will be donated to The Marsha P. Johnson Institute, plus they will match up to fifty thousand dollars worth of employee donations. This fantastic organization is an advocacy group for and defender of Black Trans people. Fitting for Pride month!

In-house, they’re strengthening their commitment to allyship and education on social issues and their responsibility as content creators. This includes accepting more apprenticeships from Treehouse, an organization that makes education more accessible in the hopes of diversifying the tech field. Not only that, but they’re looking to hire apprentices from this program, with their goal being 80% to 100%. Along with this, they’re going to expand their existing partnership with Gameheads. This non-profit organization is focused on teaching game design and production. They’re offering twenty-five thousand in scholarships and thirty-five thousand in additional program support. Additionally, they’re giving their employees five days a year as flex days which can be used to either attend Niantic events or volunteer in their community.

In my opinion, that’s a lot of good being done. I, personally, spend a decent amount of cash on Pokemon GO. I’m not exactly what some would call a Whale (I hate that term with a passion.) but on any given payday, a portion of the money I budget for personal and entertainment use goes into Pokemon GO. Probably not surprising if you’ve been following my articles with Nerd News Social. I’m pretty into this game. I can’t tell you how pleased I am to know that a portion of the money I’ve spent having an absolute blast, chasing that Pokemon Trainer dream, is going to these awesome causes.