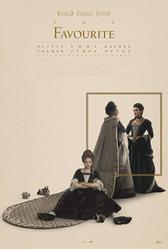 It’s the 18th century, and England is at war with France… again. Queen Anne is ill, and her friend Lady Sarah is helping her in maintaining the country. Abigail, a servant from a previously higher position in society, endears herself to Lady Sarah, and then ultimately Queen Anne. The relationship pits Sarah and Abigail at odds, as they both want power and status.

It’s hard to make heads or tails over this movie. It stars three amazing actresses, Olivia Colman, as Queen Anne, Rachel Weisz, as Lady Sarah, and Emma Stone, as Abigail. The style seems to have comedy, but drama. It’s hard to get a read. That being said, if you like period pieces, this movie will likely entertain you. If you are looking for a comedy or an action film, I’d recommend keep looking. 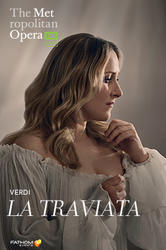 We don’t normally do this, since it’s not a movie per se, but Fathom Events and The Met are presenting a broadcast of Verdi’s La Traviata, in select cinemas nationwide. Watch the presentation live with the people in the amazing and impressive opera house.

There is really nothing to add here in my opinion. Either you like opera or not. If you do, then this is an awesome opportunity, if you wouldn’t normally go to, or be able to go to, the Met. 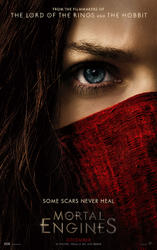 London has fallen, and got up, and rolled around the Earth? Years after civilizations destruction, humanity lives on trying to survive in a hellscape where cities are large vehicular monsters being hunted by London.

This is quite a movie. It’s action, it’s Sci-fi, it’s gritty and dirty ala Mad Max. I will say that the film is absurd, but in a way that will drag you into the depths of it’s absurdity. Make sure to check out this wild ride. Even if it is over the top, just enjoy the ride, of the moving city. 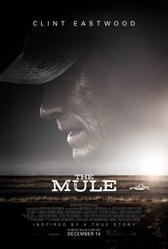 A father, without his family. A man who tried to work hard to make something of himself, who is penniless, and the family he worked hard for gone. His business teetering, he takes a risky job as a drug mule for the Mexican cartel. The job works, and he makes good money. The work with the cartel continues and places him on the radar of the DEA. Now thanks to his decisions he wants to make amends with his family he lost, before the DEA or the cartel remove the option from him

Clint Eastwood has had quite the journey as an actor. He started out as a tough man. A strong figure, and as he has aged, it has been gracefully and able and willing to take some interesting strides. He places a weaker and strained failure of a man. A hard role to believe from the man who played Dirty Harry, but his acting makes you believe. I recommend this film. 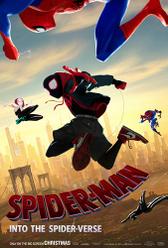 Spider-Man: Into the Spider-Verse – Releasing 12/14/18
Rotten Tomatoes Reviewer Score – (None Available Yet)

Miles Morales lives in the world with Spider Man. Life isn’t easy, he has to go to a new school, he doesn’t get to spend enough time with his uncle, and his father is overbearing. Unfortunately/fortunately he is bit by radioactive spider, and when trying to find out what exactly happens, runs into Peter Parker, who recognizes that his powers are like his own. Peter Parker enlists Miles to help him in his cause to save the world before tragedy falls. Now the multiverse is faltering and Miles will have to pick up the pieces with the help from a couple familiar and not so familiar faces.

This is a solid and amazing movie. It is good for kids, and adults. I think it has something for fans of the series, but the absurdity is still humorous for non-fans. If you are looking for a good comedy, and an action, then this is a great movie for you. So many hilarious jokes.

Tomorrow we will be posting a more in depth review of this movie, please return then to read it!