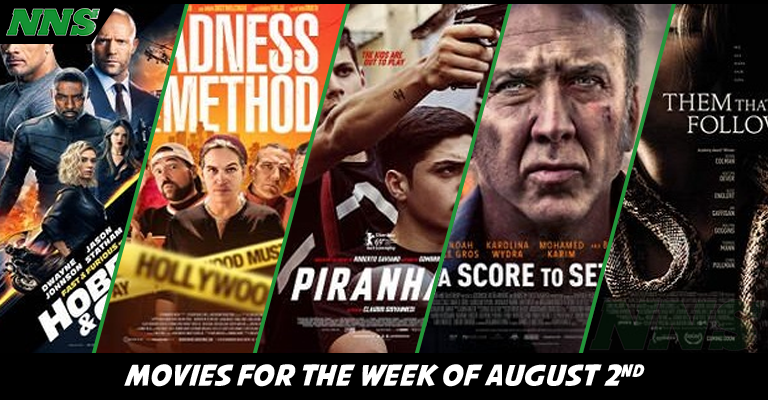 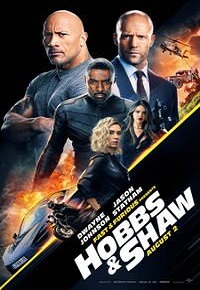 Hobbs and Shaw – Releasing 08/02/19
Rotten Tomatoes Reviewer Score – (None Available Yet)
Lawman Hobbs, played by Dwayne Johnson, is told about a cybernetic upgraded anarchist, played by Idris Elba, and against his better judgment must team up with an enemy from his past to take him down. That enemy is the sister of a rogue MI6 agent, played by Vanessa Kirby, however can Hobbs put his anger for Shaw, played by Jason Statham, aside to save the world? 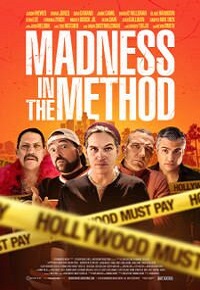 Madness in the Method – Releasing 08/02/19
Rotten Tomatoes Reviewer Score – (None Available Yet)
The story is a semi-biographical fiction, that involves the actor Jason Mewes, made famous from Clerks and other Kevin Smith films, and his desire to be taken seriously in Hollywood. In his quest to better himself, he follows the teachings of method acting, but might be taking it to far.

We at Nerd News Social, have actually met Jason Mewes on two occasions. He is a vibrant, and friendly individual that always seems to make time for his fans. Besides his recent time off from acting to focus on his family, he has been lucky to not only start up with the talented Kevin Smith, but also work on a couple low budget b-films on his own. We are more then happy to see Jason Mewes return on this project, and will be even happier to see him down the line in the new Kevin Smith “Jay and Silent Bob Get Rebooted”. 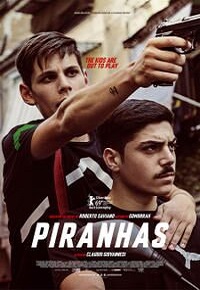 Piranhas (LA PARANZA DEI BAMBINI) – Releasing 08/02/19
Rotten Tomatoes Reviewer Score – 57%
Based on the novel LA PARANZA DEI BAMBINI, by Roberto Saviano, Piranhas is the story of a teenager, Nicola played by Francesco Di Napoli, in a small neighborhood of Naples, who comes from poverty. All he dreams of though, is to live a life of luxury and excess. To achieve this goal, and escape the life of his mother and brother, he and friends enter into the Camorra Mafia, selling drugs. The lifestyle of crime begins to become more then they can control as it puts their simple lives in jeopardy.

Roberto Saviano, made famous for Gomorrah, really pulls at the heartstrings of issues that influence many low income cultures, who become pray to cartels and mafias that play a Robin Hood like figure, but had no actual care or concern for the people they use and turn to their favor. This movie is heavy, and while interesting, might leave you feeling more sad when all is said and done. However, this foreign film is worth the watch. 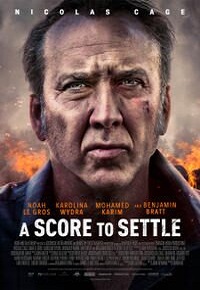 A Score to Settle – Releasing 08/02/19
Rotten Tomatoes Reviewer Score – (None Available Yet)
Frankie Carve, played by Nicolas Cage, is released from prison early after spending 19 years. With his new found freedom, he also has the realization that he is dying. Frankie doesn’t have a lot of time, as he has only two goals. Revenge against those that crossed him, and to reconnect with his estranged son.

Very similar to the movie a couple other revenge films out this year, but with one simple difference. Always be Caging. Nicolas Cage, fresh off his recent successes, with Mandy, seeks to achieve a darker gritter presentation. With his recent performances, we think he can pull this off and look forward to watching it. 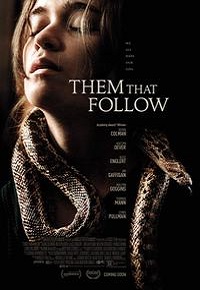 Them That Follow – Releasing 08/02/19
Rotten Tomatoes Reviewer Score – 70%
Pastor Lemuel Childs, played by Walton Goggins, presides over a dangerous and obscure sect of Pentecostals in Appalachia. It is business as usual in this wierd community, until Child’s daughter Mara, played by Alice Englert, while preparing for her marriage learns something that puts the churches teachings into question.

This is a weird film, and Walton Goggins truly shines in weird. I mean people who mess with venomous snakes to show their devotion to God. That’s right up his character acting wheel house. Then you throw in a supporting case of Olivia Colman, Kaitlyn Dever, Jim Gaffigan, Thomas Mann, and Lewis Pullman, and you are sure to have an interesting, if not impressive film. We want to see more on this film.