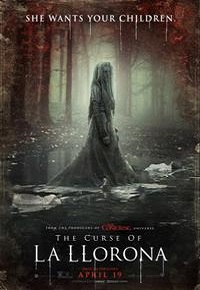 The Curse of La Llorona – Releasing 04/19/19
Rotten Tomatoes Reviewer Score – 30%
La Llorona talks the nights of 1970s Los Angeles. A mother has lost her child, and is being accused of child endangerment. The social worker investigating what happened is warned by the mother, that La Llorona did it. However, the social worker does not listen, and soon her children have been taken by La Llorona. She’ll have to enter into La Llorona’s world, get her children, and make her way back.

La Llorona is such an amazing, and sad mexican tale. I feel like it’s kind of lost by this anglicized version of the story. That being said, if you are looking for a horror movie for the week, then this will fit the bill. 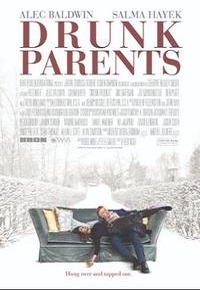 Drunk Parents – Releasing 04/19/19
Rotten Tomatoes Reviewer Score – (None Available Yet)
Frank, played by Alec Baldwin, and Nancy, played by Salma Hayek, are an upper-class family sending their daughter to college. However, shortly after their life comes tumbling down. To make sure to keep their daughter able to go to college, they sell everything they have, and resort to a couple schemes to make ends meet.

I will specifically say that this movie looks funny. I personally know that Salma Hayek is amazing at comedy. Alec Baldwin, with all his ups and downs have been able to put together a solid performance in this movie. If you are looking for a solid comedy, I recommend this film. 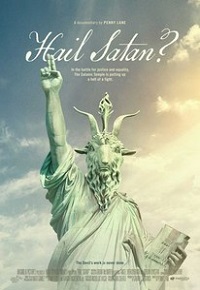 Hail Satan – Releasing 04/19/19
Rotten Tomatoes Reviewer Score – 95%
A documentary with access to the Satanic Temple. The movie follows the 6 year old organization, covering them during their controversial movement with their statues, and leader Lucien Greaves. The order wants to save the nation, but what do they really believe?

The Satanic Temple has done a lot of, non-satanic things, helping people and fighting for equality in regards to the practice of religion and impositioning of religious monuments on society, and a real champion of the separation of church and state. I am definitely intrested in this documentary. 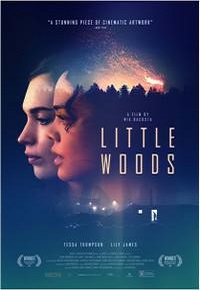 Little Woods – Releasing 04/19/19
Rotten Tomatoes Reviewer Score – 97%
Two women, Deb, played by Lily James, and Ollie, played by Tessa Thompson, are in over their head. Deb is pregnant with a child she can’t afford to have, and with no cost effective solution or close location she is lost. Ollie is trying to keep herself on the straight and narrow, her probation is almost over. But when Deb needs her, and the bank forecloses on their home, Ollie is pushed to get back into her old life to solve the matter.

Tessa Thompson is amazing and breath taking in this role. It’s topics are very topical, and tragic. The drug trafficking, and mule actions are very realistic. If you wish to watch a solid and amazing drama, then I would highly recommend this movie. 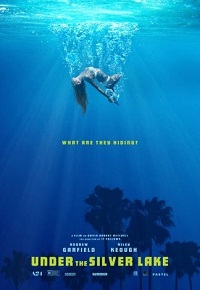 Under the Silver Lake – Releasing 04/19/19
Rotten Tomatoes Reviewer Score – 51%
A 33 year old shut-in becomes obsessed with a strange women who disappears. His obsession leads him down a rabbit hole of mystery that he did not expect. His obsession forces him to keep moving forward, no matter how dangerous it gets.

The shut-in is played by Andrew Garfield, the desired woman played by Riley Keough. This feels like a mix of Brick and Eternal Sunshine of the Spotless Mind. Unfortunately not in a good way. Can we stop having females in films be the sole reason that a character does something? It’s insulting to females and men. I might be wrong and this movie might turn at the ends, but it really feels very Incell mixed with a noir film.