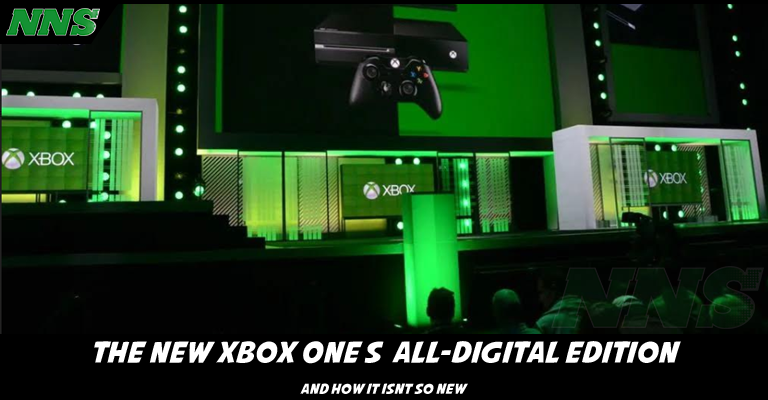 The year was 2013, Microsoft was planning on releasing a powerful and amazing follow up device capable of changing the gaming industry forever.

Xbox 360 was amazing, but couldn’t unseat the PS3, so Microsoft could not lose this console generation.

And so was born the most ill conceived console concept known to men, The Xbox One’s original concept.

There were many reasons that the public screamed out in anguish when they heard about the features, but to be honest the best idea right now would be to list off what those horrible ideas were:

The Problem Of Constant Online

One of the loudest issues were gamers where the internet was not consistent or lower income families which viewed internet connectivity as a luxury that they couldn’t afford monthly.

Still, 50-80 bucks is the average monthly cost for internet.

However, in some places in America, a thunderstorm can knock out or disrupt internet connectivity for hours or days.

Issues With Downloading A Game Onto The Console

Storing games on your console is horrible. Even with arcade games, the main issue is that they take up a lot of space, and the bigger and better AAA games can really eat up storage space. Limiting your options of what games you want to play. Making the disk worthless raised the question of what happens if you need to clean up your storage options.

We have a real problem with the disposable electronic industry already, and a lot of our waste issues can be connected to stupid individual packaging. That raises the question of why bother even having disks if you are just making them worthless once you download the content. It’s like Microsoft is handing me something and saying, “Here, throw this away for me.” Don’t give me your trash Microsoft. No half measures.

There has always been a frustrating made up rule for movies and then video games that personally feels like it’s like the industry is trying to have their cake, and eat it too.

When you buy a game, you do not have the right to do what ever you want with it, so they say. It is a license. You can’t use a retail copy of a game for business use, only for personal use.

However a license means that you have a right to the content. Which means that in essence you should be able to reacquire the game if something happened to the disk that made you not be able to use it.

But that’s the crux of their twisted concept. They say that it’s not specifically a license to the product, but a license limited to that specific disk. Which means if you break that disk, then you have lost your license.

They make these arguments, because they don’t want you to be able to sell your disk back to a company like Gamestop. So they make up a mixture of licensing laws, and physical property law that doesn’t really make a lot of sense, and argue one or the other when it better suits them.

Game companies including Microsoft has been very angry at Gamestop and other re-sale game retailers, and has been trying for years to stop them from their business practices. Here I think it’s important to mention that their is almost no profit for retail businesses in the sale of physical video games. Businesses like Gamestop would likely close their door if their re-sale game market ceased to exist.

Another issue of video game licenses and the Microsoft Online Marketplace, is that they are not required to keep the game on their marketplace for the life of the console. What does that mean? Well lets pretend you buy “God Slayer 2: Slay Harder” digitally. You download the game, and you play half way through it, and stop playing for a bit, and decide to pick up “Fast Car Driving: Extreme Edition”, and are forced to delete “God Slayer 2: Slay Harder” for the hard drive space. Then a year later you want to re-download and finish it. You go onto the marketplace, and can’t find it. Yeah, that actually happens with games and DLC. It’s unlikely to happen with an AAA game, but lets be honest “God Slayer 1” wasn’t even a AAA game.

I still to this day never fully understood the sharing system. It sounded interesting, and kind of smart, but not at the expense of being able to hand over a disk to my friend to play.

Microsoft could have still implemented the system if they wanted to, and to be honest, it would have probably led to increased online game sales of the property if they did.

However when the removed the other features, they took their ball and went home. In this scenario, the ball was the sharing system. However, fans quickly forgot the sharing system, because most of them didn’t really understand what Microsoft was trying to do, and didn’t care since most games that came out in this console generation were single player per console.

Xbox was in a bad place, they created an awesome item. The Kinect was new technology that revolutionized the 3D registering space. The system tracked over 48 points on a body, 30 times a second, and could recognize two different people at once.

This thing was so amazing, and it cost a pretty penny. If this had come out at any other time, and in any other industry, it would have been probably the most successful technology ever.

I mean you could motion capture at home without the need of a suit with a bunch of ping pong balls all over it. Right now a used one sells for $40 bucks at Gamestop (I promise they did not sponsor this post).

Microsoft had to push this technology on the Xbox One, because it didn’t get it’s footing on the Xbox 360.

Without an audience of people demanding games, the industry refused to make games, because it would be a niche market. So in a way to assure the game developers, they made it mandatory, so that they would make games for the Kinect at launch.

Priced Out, Learn From The Past

While the PS3 was a more powerful console than the the Xbox 360, Sony stumbled simply because they priced their consoles to high. This forced the consumers to walk away from the console, and it took threats from game developers refusing to make games available for the PS3 for Sony to start to drop the price of the PS3 back into Xbox 360’s price range.

Now Microsoft, being forced to push the Kinect, as we described in the prior topic, had a $500 price point. This crashed their initial sales, even after they changed course on the prior topics.

It took Microsoft three months to realize that the Kinect was the albatross around it’s neck. Once it ditched the Kinect, they were able to sell the console for $400, and in doing so started to raise their sales. Damage had been done though, and it caused an early stumble in the market place that took a while to recover from.

What They Still Implemented
While they said they changed gears, Microsoft still got away with a lot of the things that they wanted to, and to be honest no one really complained about it, and so that in a way likely emboldened them.

Constant Online lived on past the promise that they were removing it, but in a very tricky way. In the Xbox 360, they implemented a similar design to what exists now.

In the 360, if people purchased a game, a license was attached to the game, that showed it was an original download. So if your console had that license, you could play that game online or offline. Even if your gamertag was not active. However, if you downloaded the game again after deleting it, or on another console, it did not come with the original download license.

This meant that your gamer tag would have to be on the console and active to play the game, therefore in a way requiring online access.

In the Xbox One, they removed the original download license. In most cases, requiring you to literally be online to be able to access downloaded content. Next time live is down, try to play some of your downloaded games, and see what I mean.

Additionally, they pushed deals, sales, and Xbox/PC game bundling, so that if you purchased a game online, instead of on disk, you received a greater value, trying to hurt brick and mortar stores, so that they could not resell games, pushing the game ownership back into the questionable limited license vs. physical ownership issue.

Then it Got Worse, Recently…
It’s been a bit over 5 years, and Microsoft is back at it again, and this time they are going to succeed.

Because they are testing the waters, and trust me this test is important.

Microsoft is releasing on May 7th the Xbox One S “All-Digital Edition”, and they want to see, when given the option of purchasing an Xbox One S, will the marketplace take the lower cost by $50 dollars for what they originally wanted to make in the first place.

If the market trends to people wanting to save $50 dollars, this may color what we get in “Scarlet” or what ever the new Xbox will be called.

So, consumer, choose carefully, as Microsoft is watching, and this may be very important going forward, with Google’s new online only streaming game system.