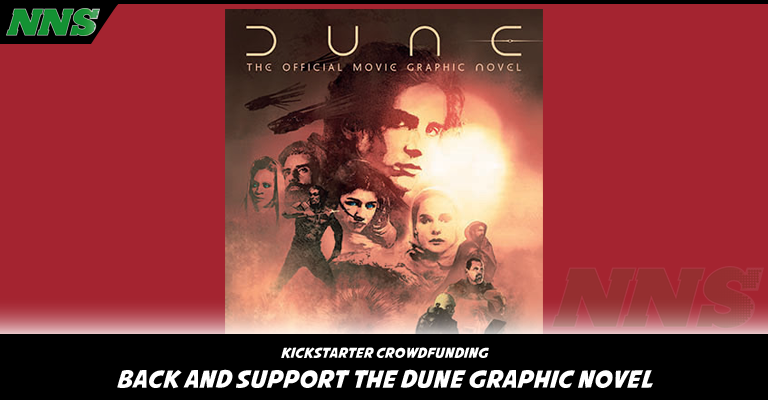 With the current Dune film on HBO Max and theaters getting critical acclaim, and the second part of the story greenlit, it’s good to know that if you are a fan of the work of Frank Herbert, you can continue to enjoy it even today! For those who are looking for even more ways to enjoy the story, Legendary Comics is releasing a graphic novel adaptation of the film exclusively on Kickstarter.

Frank Herbert’s Dune is a bestselling book and an Academy Award-nominated film. This adaptation is from writer Lilah Sturges, with art from Drew Johnson, Zid, and Niezam. In the graphic novel, the cast from the movie is recreated along with the stunning visual style from the world of Frank Herbert’s Dune. Read the journey of Paul Atreides, currently portrayed by Timothée Chalamet.

To get a taste of what’s inside the novel, check out the motion trailer:

Both the Limited edition graphic novel from the Kickstarter, and the less limited trade edition will be released in February of 2022.