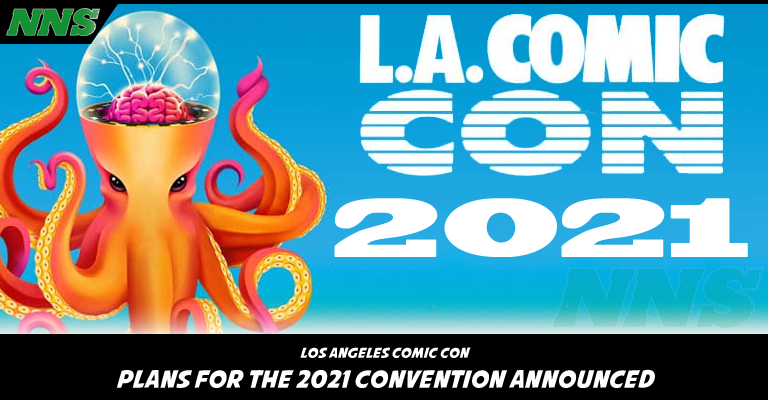 Everyone is nervous about life experiences, but still eager to get out and spend time with all the people they’ve been missing for quite some time.

With that in mind, Los Angeles Comic Con wants to give their attendees some options in their just announced dates of December 3rd through December 5th 2021.

Before we go to deep in, lets talk about the elephant in the room. COVID-19 is still a major thing, and while vaccines are rolling out, 1 in 4 people are still refusing to take the vaccine, which can pose a substantial risk for preventing herd immunity, and increasing the likelihood of variants. This is not said to scare you, or push you away from the idea of having fun. I only say that because we have to keep our guard up as a community. I would not recommend attending this event if you haven’t been vaccinated, and if you have, keep vigilant still with hand sanitizer and face masks. If you act safely, and keep your distance, you should be able to enjoy an in person event.

If you still don’t feel safe in public, the convention understands and is planning on launching their event in a hybrid fashion, allowing people at home to have virtual access. We love that this is happening, because it allows those not ready to get back out there to feel like they aren’t completely missing out.

Los Angeles Comic Con will also be offering a set of collectible free NFT art from the conventions archives (2011 to 2015), FOR FREE! The first collection of NFTs will actually be released for Micro Con, which is being held on April 17th. Every ticketholder for Micro Con will get a digital walet with one of the five featured NFT art. Two additional packs of NFTs will be released at the full Los Angeles Comic Con in December.

They’ve been able to keep all their previously announced talent for the convention which includes headlining guests like Zachary Levi, Tom Welling, and Frank Miller. However, new guests like Tom Kenny, Giancarlo Esposito and more will be added each week.

If you already had tickets for the September 2021 event, your tickets are being rolled over to the December 3rd through 5th event.

Until then at least we have Micro Con in a week, if you haven’t heard about that event, check out our article Here, and our interview with Chris DeMoulin Here!

See you on the convention floor!