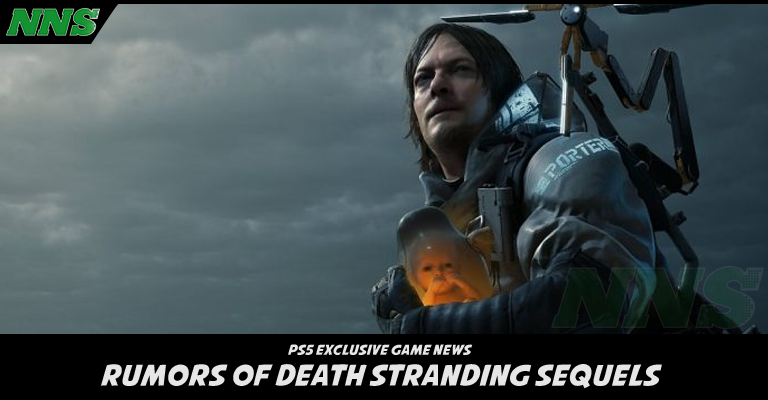 Hideo Kojima of Metal Gear Solid fame, teased a sequel to the most anticipated game title for 2019, Death Stranding.

Featuring an all-star cast alongside a premise that warmly embraces both mystery and the outright weird, this graphically-impressive powerhouse could very likely become a franchise.

In an interview with GamingBolt, Kojima said he needed to create more Strand games in order to establish them as a genre of their own. He’s expecting to create two or three of this title in order to do this.

Considering how long Death Stranding was in production, and with the PS5 only a year away, it stands to reason that the sequel would be made for PS5 in addition to the PS4.

Kojima also stated that he has a lot of projects, so the sequels aren’t a guarantee. I think he seems passionate enough about the Stranding genre to pull it off, regardless of his obligations, and I have faith in at least 2 sequels for the title.

With what you know of the title before release, what would you like to see from Death Stranding as a sequel? Do you want a sequel at all? Do you think Norman Reedus will be the new Solid Snake? Leave your answers in the comments below!