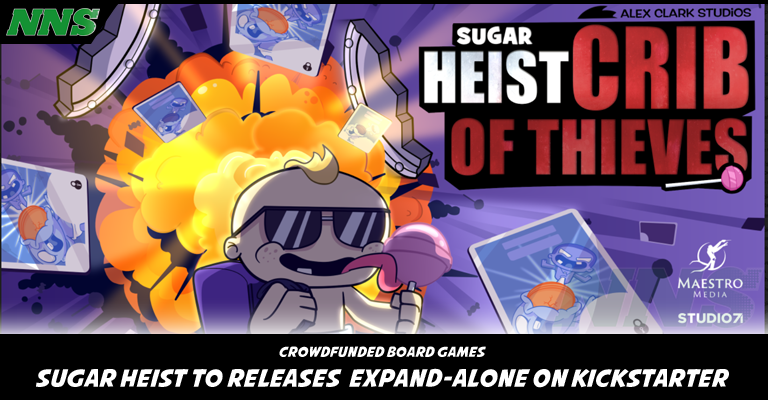 Sugar Heist is a family game where players collect trade and steal candy via the game’s cards. This game was created by Alex Clark and Zach Craley and their stand alone/expansion game ”Crib of Thieves” adds stealing candy from babies and will be releasing in October of this year. They even plan to make the campaign trick-or-treat themed!

The game is playable on its own, or by mixing the game in with the original version of Sugar Heist. The expansion will include 160 brand new cards that can enhance, expand, or introduce players to the game. The game even includes new vault cards that will add unique scoring multipliers.

If you head to This Site you can pre-commit to the campaign to let the creators, Studio71, and Maestro Media know of your interest in the Kickstarter, and if you do so, you will receive two additional exclusive cards for the game when you pledge later!