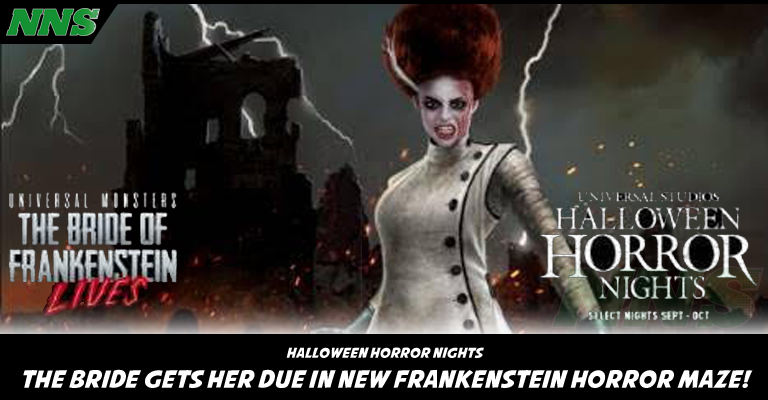 Now the news has dropped that a couple of classic horror monsters are returning to the park!

Inspired more by the classic 1974 film, as opposed to the several sequels and reboots of the series, the guests will have to venture through scenes of the backwoods farmhouse and additional sets, dodging and escaping from the chainsaw-wielding cannibal and his family.

Nothing says iconic horror like the Frankenstein movies of the black and white era of Universal Films. This year Universal is excited to introduce their guests to a maze dedicated to the Bride of Frankenstein, a legend that is often excluded but worth the attention! While she was of course included in the 2018 Universal Monsters maze, this is her very first solo themed maze!

This maze will pick up after the events of the 1935 classic film, with the Bride now a scientist dedicated to reviving the original Frankenstein’s Monster.

More mazes and details will drop as we get closer to the event!