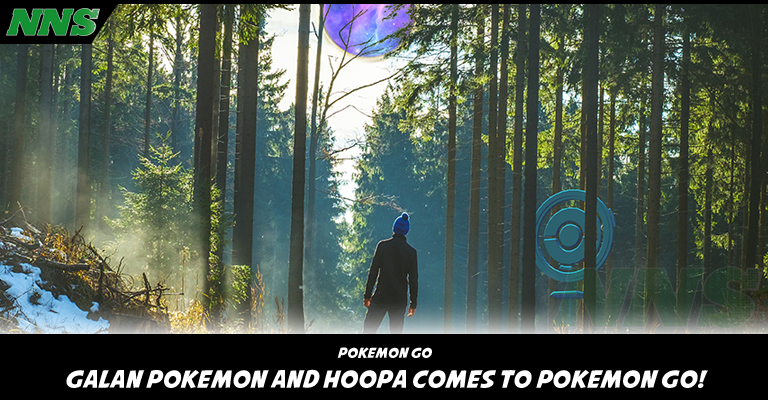 So, we’ve had some pretty exciting times recently with the Ultra Unlock that we… well. Unlocked. Back during GO Fest. Hoopa has turned our skies into a tapestry of stars and shining golden rings that honestly make me feel like this was a Sonic crossover! 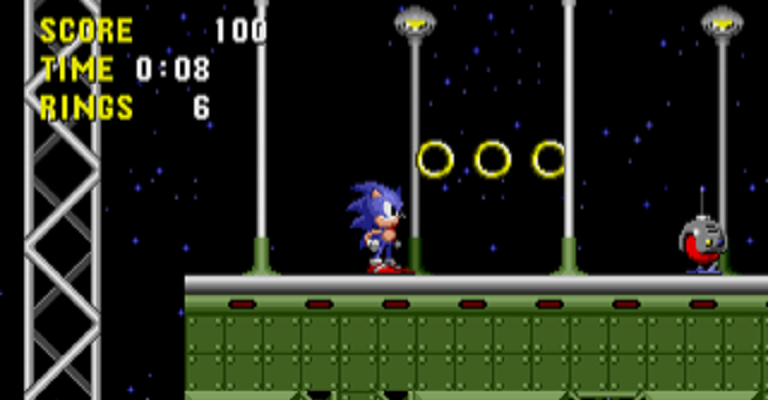 But, through those rings have come a bevy of brand new beasties! Skwovet, Wooloo, Falinks, Zacian, and Zamazenta. And later, we’re going to get to encounter Hoopa as well! Hoopa is a Kalosian Pokemon and is known to move from place to place and time to time through those big portal rings.

Finally, though, we’re going to have the chance to catch a Hoopa of our very own! Thus starts: The Season of Mischief!

There will also be the regular shift in Wild and Egg Pokemon, as well as a change in the Pokemon that Ditto will be emulating. Deerling forms will switch out… which is kind of a bummer because I feel like with everything else going on I didn’t catch many of those bright green Summer-colored ones. 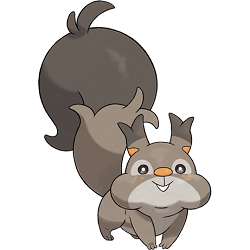 Skwovet is the Route 1 Rodent for Generation 8. Its whole thing is that it stuffs those cheek pouches full of berries and gets nervous if it ever runs out of food. So. I can identify pretty heavily with this Pokemon. Being as it’s only featured in one game so far, Pokedex entries are pretty sparse on info barring the aforementioned food-centric way of living and the fact that it can be found pretty much everywhere in Galar.

An interesting bit of trivia, though! See, Skwovet is based on the Eastern Gray Squirrel. This is a North American native creature primarily found in the Eastern part of the country, hence the name. It was introduced into Europe (Because of course, it was.) and is seen as an invasive species, there. The squirrel native to Europe is the Eurasian Red squirrel. Notice anything about Greedent, Skwovet’s evolved form? 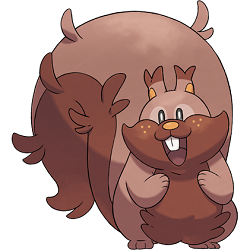 It’s clearly based on the Eurasian Red! Right down to the ear tufts.

This becomes especially problematic looking at Greedent’s ‘Dex entries that state it’s a bit slow-witted and stashes berries in its tail… but they fall out often and it’s too dull to notice. Its teeth can tear through the skin of any berry and that’s good… but it’s a much less common species.

Yep. Skwovet is out-pacing its own next evolution, making life difficult for its own next form. Kind of like how the Gray Squirrel is out-competing the Red Squirrel in Europe in the real world.

Can Greedent claw it’s way back to dominance in the Gyms and Raids of Pokemon GO, though?

With a Max CP of 2679, Attack of 160, Defense of 156, and Stamina of 260…. not really. It’s just your regular ol’ garden variety Route 1 rodent doing its best. And that Stamina is actually pretty impressive! It just doesn’t have the Defense to safeguard those hit points it’s accumulated. (Don’t worry. It doesn’t even notice the HP falling off.)

I actually really love Skwovet and Greedent, though. One of my favorite things to do is watch Squirrels doin’ Squirrel stuff in parks and gardens. I love ’em. 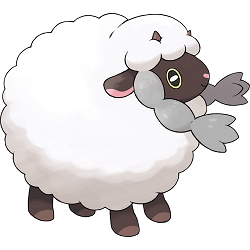 Wooloo is precious and must be protected at all costs. I will fight anyone on this. Look at its face. It’s pretending to be a Charizard. 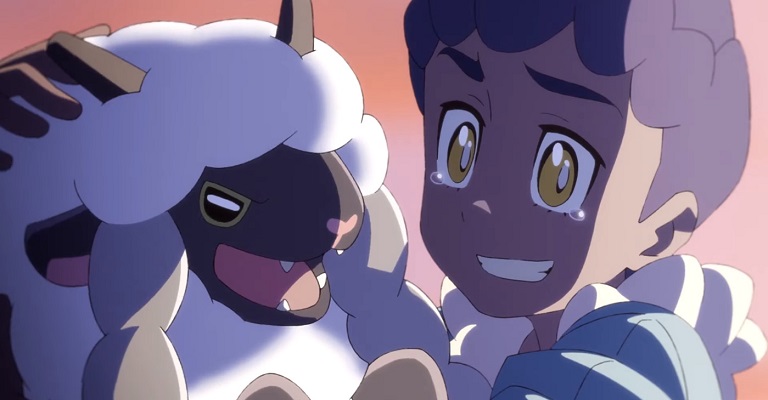 (Though. I do have to wonder why every dub actor in the Twilight Wings shorts has an American accent. Don’t get me wrong, they all do a fantastic job but couldn’t we find any British voice talent for the region based on Britain? Hop’s voice was so different from what I was imagining while playing the game.)

So. Wooloo. Pokedex is, much like with Skwovet, sparse in terms of info on this Pokemon because we only have one game to draw from. The fleece covering its body is so thick it can withstand falling off cliffs without sustaining any damage. It has to be shorn down or the fleece will prevent the Pokemon from being able to move.

It evolves into Dubwool. It uses those cool horns to ravage its enemies and… nah. Just kidding. They’re just for show! They’re used to impress potential mates and that’s it. The wool it grows is so springy that rugs woven from it are bouncy like trampolines!

This Pokemon is clearly based on the Jacob sheep – a breed from England that actually has four horns like Dubwool. It also looks like a cross between a soccer ball and a set of bagpipes! Top-tier design choices by Gamefreak.

Is it a top-tier contender in Pokemon GO, though? 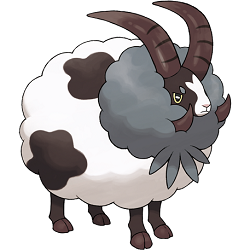 Max CP is 2478, Attack is 159, Defense is 198 and Stamina is 176. Overall… a less impressive showing than Greedent! Not even remotely what I was expecting! So, this is a Pokemon that is more likely to be served with lamb sauce than to be serving up the pain to your enemies. 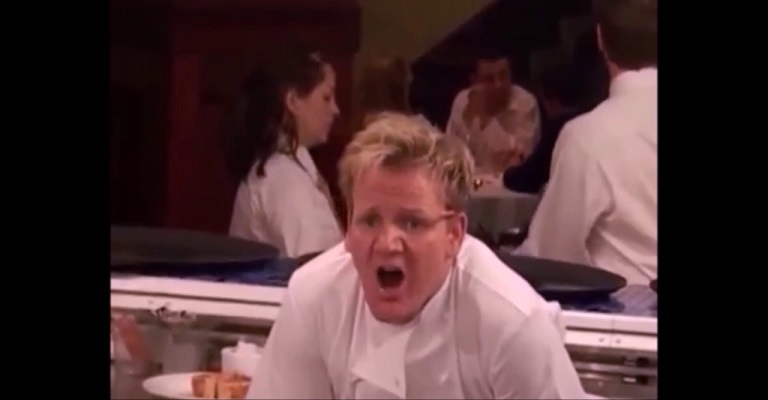 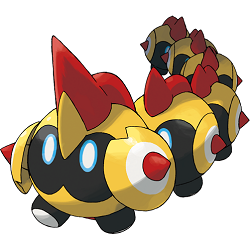 Falinks is an odd Pokemon. It’s one of those multi-creature Pokemon like Exeggcute, Dugtrio, Magneton, Vanillish, etc. But it’s a single-stage Pokemon that kind of looks like a bunch of regional variant Snorunt strung together. 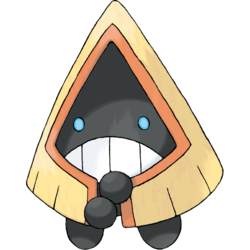 Which doesn’t make it bad. (No, what makes it bad is that, at the time of writing, it glitches the graphics in Gyms so everything gets pushed out super far and the rest of your Gym Battle looks like you’re attacking from the stands. This is like version 1 Wailord but worse.)

The Pokedex tells us that, out of the 6 individuals present, one is the Brass and the others are rank and file troopers. Brass’s orders aren’t to be questioned and teamwork wins the day. They change formation while fighting.

They’re based on a little legion of Roman soldiers. This becomes especially apparent when you note that they’re found in ancient ruins in Galar. There’s a lot of history to unpack in terms of the Roman Empire in Britain and wider Europe and I’m definitely not the guy to explain any of that… but the design elements are there so it’s a pretty cool nod to history.

Can this troop outflank the enemy in Pokemon GO?

With a Max CP of 2665, Attack of 193, Defense of 170, and Stamina of 163, this is another less than stellar entry in regards to relevance in the game. There are just better Fighting Types in the game. Still, love that design! 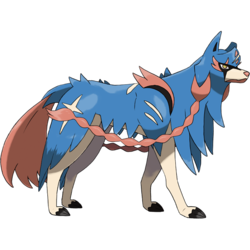 One of the two Hero Pokemon of the Galar region, Zacian is a Fairy-Type Legendary and a very pretty dog. It’s the Box Art Legendary of Pokemon Sword, and when you give it the Rusted Sword item, it gains a new form and the Steel Typing is added! My guess is that we’ll encounter the Crowned Sword form in a later event.

Anyhow! The Pokedex informs us that this Pokemon absorbs metal particles to create the weapon it attacks with. It’s said that Zacian and Zamazenta are either sisters or rivals… but I say why not both?

As expected of a Legendary, the Stat spread on this puppy is pretty darn good! Max CP of 4329, Attack of 254, Defense of 236, and Stamina of 192. Being a pure Fairy Type, it’s a bummer it doesn’t have any solid STAB movesets, but still. You can tear up with this pup. 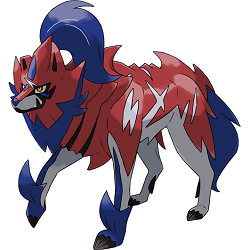 Zamazenta is the Box Art Legendary for Pokemon Shield and the counterpart to Zacian. Like Zacian, it absorbs metals and utilizes them in defending itself. It’s said this Pokemon existed for so long as a statue that people forgot that it was a real Pokemon at all.

In terms of stats? It has the same spread as Zacian. CP of 4329, Attack of 254, Defense of 236, and Stamina of 192. However, as a pure Fighting Type? It has a distinct disadvantage against its rival sister who’s Fairy Typing makes it the stronger of the two.

And with all our Galarian guests out of the way, what do we currently know about Hoopa? 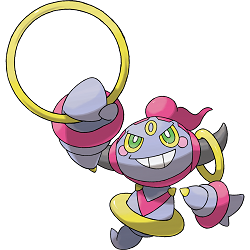 So… at the time of writing this Pokemon hasn’t been released just yet so we’re not going to have official Attack or Stat data. Which is unfortunate, but we can at least take a look at the Pokedex, right?

Honestly, though? There are only a couple of entries as it only has entries for Generation 6! It uses that ring to transport stuff. It can move people, Pokemon, and just stuff that it likes and wants to keep. There’s a legend saying this Pokemon once made a whole castle disappear because it wanted the treasure inside! Move over, David Copperfield! (Is this reference too dated? He was a guy who was famous for making big things disappear in his magic acts. Statue of Liberty, stuff like that. He was engaged to Claudia Schiffer for a while. I’m old.)

And! It’s another Legendary with multiple forms. It has the regular cute little pixie form, referred to as its Confined form. Then, it has its Unbound Form which is, frankly? Horrifying. 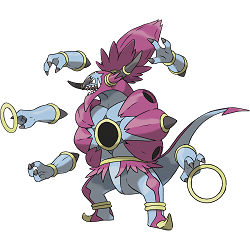 From fairy to Kaiju! Though, I shouldn’t call it a Fairy. It’s a Psychic-Type in both forms, though, Ghost is its second Type in Confined form. Dark is the secondary Type when it’s Unbound.

So! That’s all I got for you this time around, folks! I hope you are enjoying the Ultra Unlock events and the new additions to your Teams! As always, I wish you the absolute best of luck out there! Stay safe, have fun and catch ’em all!