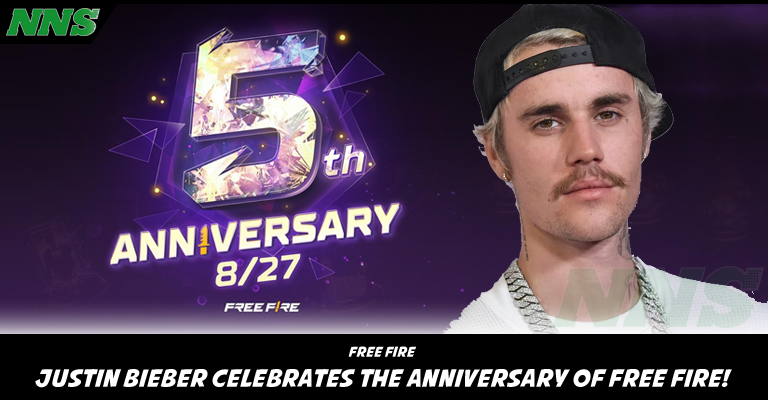 Free Fire’s 5th anniversary is coming, and to celebrate they will be having a 5-part extravaganza!

They will be having exclusive events, content, and giveaways every week leading up to the anniversary. All of which will conclude on August 27 for their celebration with in-game content drops and a special headliner for the event!

Justin Bieber will debut his track “Beautiful Love (Free Fire)” exclusively at the event with a permanent in-game character modeled after Justin Bieber which will be distributed to all players, along with a Magic Cube.

This will be the first in-game performance!

If you aren’t already on Free Fire, you can be downloaded it on Apple iOS and Google Play.