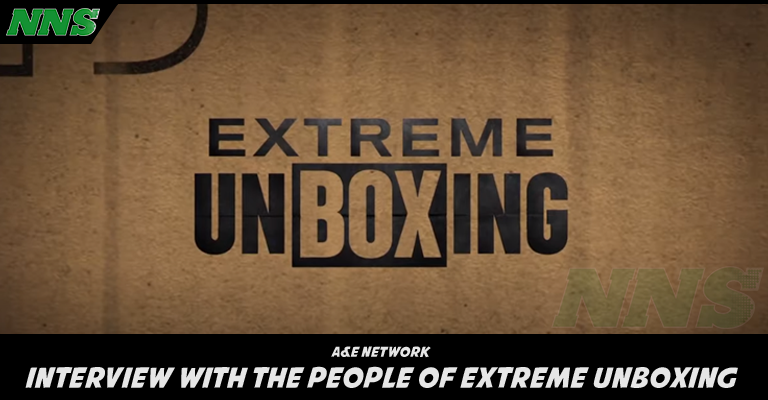 Extreme Unboxing joins the list of unscripted shows coming to the A&E to the network on Tuesday, August 4, 2020, and will be airing at 10:00 p.m..

The series covers the act of purchasing large bulk returns, normally viewed as Palette Unboxing, and the benefits of doing it as well as the risks. Because we love treasure hunts, we wanted to share this with our audience, and showcase the series.

With that in mind, we decided to reach out to executive producers with the show, Greg Johnson and Jenny Daly, to get our readers a bit more information, and what to expect.

Eric Seuthe II: Shows like Storage Wars, seemed to fill a dual niche audience, of those that like to find out the value of the items in their home, but also those looking to chase the high of prize box style entertainment. What was the deciding factor in creating a show like this that focuses on pallet unboxing?

Greg Johnson: I think the combination of those who like the chase of the unknown in the boxes and the reveal of the value of the items are both interesting and equal draws. There’s also an accessibility to the show and this world for the viewers. They can go online and get into the action of purchasing boxes from their own homes without having to invest a lot of money and turn a profit themselves.

Jenny Daly: The fact that this world exists and people are making money in an alternative way that basically anyone can do if they chose to invest the time and money made us interested. People are always looking for ways to reimagine how they can make money and especially during this pandemic so the show could not be more timely! You can make money and never have to leave your home!

Eric: The topic of “Extreme Unboxing” is a topic covered by parties on Youtube. What can fans of the YouTubers look forward to, or expect to find in your show, that they would not acquire from your series?

Greg: We’ve amped up the presentation focusing on the fun and action of unboxing and showcase a wide variety of items. The series moves fast and has a fun play along with graphics and also gives tips for home viewers who might be interested in reselling. There’s no lag time with our unboxings, we get to the fun and keep things moving and our teams of re-sellers are fun and energetic regardless of whether the items have high ticket values or might be a total disappointment.

Greg: We utilized a cross-section of companies and websites that represent the world of buying and reselling. These were based on who the cast was actually buying from and we tried to let them lead and go with who they were using.

Eric: Will the show simply be covering the discovery of the items in the unboxing, or will it display the journey from purchasing lots, and reselling the items within?

Greg: We follow the journey from the purchase of the pallets to the unboxing and reveal the resell values along the way.

Eric: In the youtube videos, there have been questions about the honesty of palette unboxing, what promises does this show make to its audience about the authenticity of its unboxings?

Greg: What we see on the show is what the cast actually purchased. When the boxes came in, we’d shoot whatever was in that pallet or boxes. There were no manipulations.

Jenny Daly: The cast had no idea what they would get out of these palettes but had high hopes based on how the business of purchasing pallets works. The auction process gives anyone the ability to see some of the items and comes with a list of items that are hopefully in the pallet and in good condition. But they never truly know until they are opening the boxes and pulling out the content to see if it matches their expectations.

Eric: What’s the most expensive prize ever found over the course of the series?

Greg: I think the most expensive item was an espresso machine worth over $1700. Others high ticket items include a portable refrigerator/freezer worth over $900, a 4K HD rifle scope valued at $600, and a high-end Batman costume valued at over $500.

Eric: Is the network simply covering the unboxings, or are they purchasing them, for the talent in the series?

Greg: The teams purchase the pallets and we cover the arrival and the unboxings. Our teams are purchasing multiple pallets a week for their businesses (regardless of the TV show), and since it is a 30-minute show, we cannot show every pallet they buy. We discuss with each team what purchases might be most interesting to unbox for our viewers in order to showcase the diverse and varied unboxings to best represent this world.

Eric: Is the purpose of this show to entice audiences to join in the act of palette unboxing, or does the show form more of a warning for those thinking about getting into the process?

Greg: For the most part the show is fun and will naturally entice folks to join in on the action. Our cast are pros at this and they really enjoy it and this comes through their enthusiasm. But we are authentic to the world and show both the good and the bad purchases as that’s the rollercoaster ride of buying and reselling liquidated merchandise. There are real risks and rewards.

Jenny Daly: There is a ton of fun watching the reveals of these cast members opening up their purchased pallets. The thrill of seeing if they made a good investment or if they made a poor one. Some of the viewers will be knowledgeable in the products they are revealing and can have fun playing along and others will be watching because they are invested in the teams’ journeys.

Eric: On average, what has been the outcome in this show, over the course of the palettes, and if they end producing a profit?

Greg: I would say most of the pallets produced a profit for our teams, however, there were a few exceptions where items were damaged or broken, but those are the real risks and we wanted to be true to this world and illustrate that when it naturally occurred.