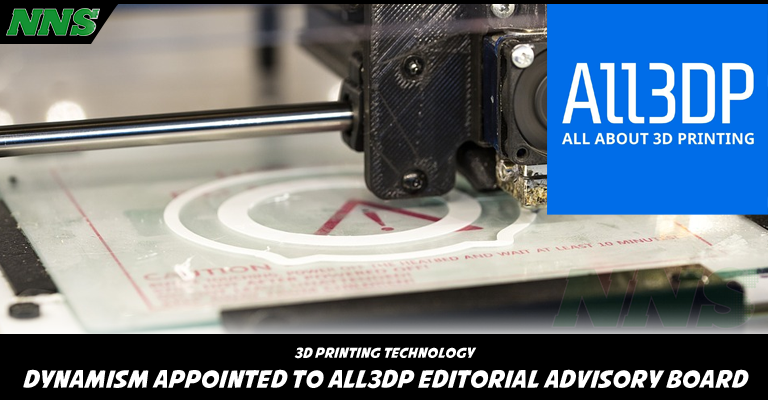 If you saw our article earlier in the year, find it Here, you would know about Dynamism’s 3D showrooms, starting in Ann Arbor Michigan, but now the CEO and Founder of Dynamism has been appointed to the All3DP Editorial Advisory Board.

Douglas Krone, CEO of Dynamism, is now one of 10 selected to serve on the board, for All3DP Pro, an online magazine that exists to inform the business of 3D printing technology.

The reason that Douglas is more than qualified to represent the industry has to do with his founding of Dynamism in 1997, and their speed to enter into the 3D printing world in 2012. They were the first company to become MakerBot official resellers. Now their showrooms have extended to four, showing off over 20 different brands!

While All3DP Pro is new, having launched this year, they already have over 2 million visitors every month and is based on the unique focus in the industry.

If this technology interests you, then I highly recommend you head to All3DP’s site Here.