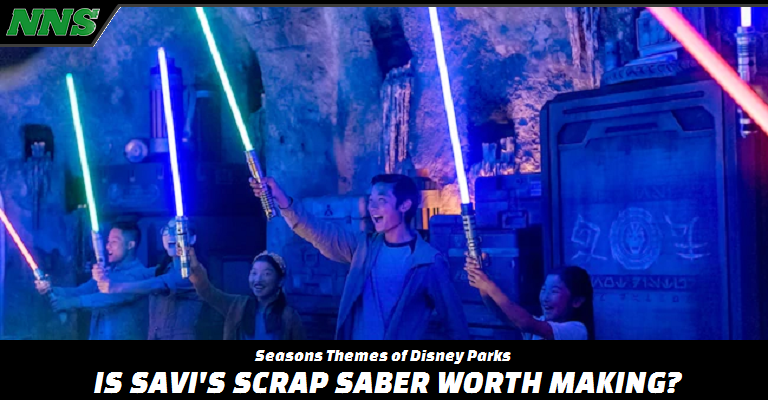 During Nerd Expo we took some time to chat up the people at Saber Guild, and they helped us with a little bit of information with regards to the new Galaxy’s Edge custom Lightsaber build, as the experts they are in Lightsabers.

BUILDING A LIGHTSABER AT GALAXY’S EDGE
If you want to build your own custom lightsaber, you will have to head Savi’s Workshop, a scrap shop, with a blue banner outside. While this is during the rule of the Empire, lightsabers are still considered contraband, so employees will, in character, discreetly ask if you would like to build a lightsaber.

Keep in mind though, to be actually be able to build, you may need a reservation and can make them in the Disneyland mobile app or on Disneyland.com.

If you wish to do so, and have the credits to spend on it, you can engage in the experience of your life, for some fans. You will be pulled into a room with a small group of like-minded patrons. Those patrons and you will then be allowed to build, from scrap, your own lightsaber. It’s not exactly the right of passage at the Jedi Academy we would wish for, but it’s still a pretty awesome in universe way of doing it. 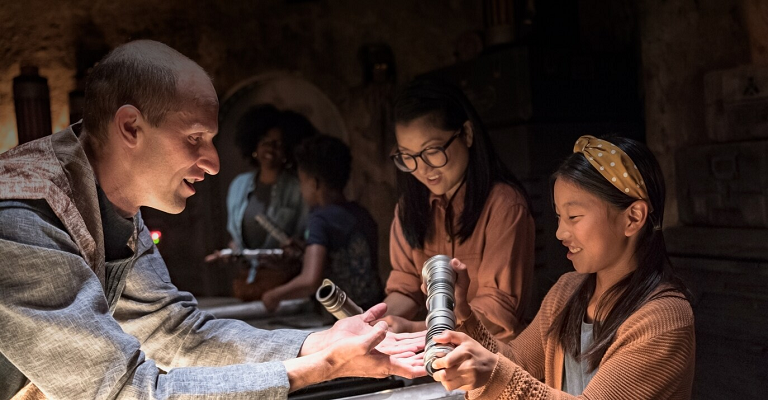 Pick Your Saber
There members of the the purchasing crowd can choose from up to four types.

There are no wrong answers.

Build Your Saber
You can pick from more parts then you need, to mix and match to make it your own, but not to much your own… I mean one of 384 possibilities is pretty impressive. The parts are plastic, but are not simply cheap parts.

Pick Your Crystal
After you finish assembling parts, you have the ability to choose your Kyber Crystal from a container holding blue, green, red, and purple gems. So… no quest to Ilum to perform “The Gathering”. Okay, well I mean that would be hard to do in an afternoon.

They then take your blade from you, and return with the 31-inch blade now attached. The blade does come with carrying bags, with foam to protect them from simple bumps.

Is It Worth It?
Now here comes the massive question we are really here to talk about. Are the worth it?

A big factor in if they are worth it, is the experience. Building your saber can last anywhere from 30 minutes to an hour if you make the most of it. That’s got to be worth the cost of a $20 ticket right off the bat,bringing it at least down to $180. So $180 is still a lot. Then are they battle-ready?

The bar is a strong material, so the rod itself could be smacked against each other if you’d like, but the way they designed the lights, they will be sensitive to hard smacks. So if you are planning on using it for combat, it will likely break.

You can always pick up a replacement blade, but will only be able to do so from at Star Wars Galaxy’s Edge’s Savi’s Workshop and Dok-Ondar’s Den of Antiquities. It’s important for you to know though, is that their lightsaber blade is a Disney blade system only for their sabers. You can not buy a blade from Ultrasabers, Saberforge, Vader’s Vault, or Sabertrio to replace it. Also, replacement blades from Disney are not currently available from the online Disney shop.

I have talked to some of my knowledgeable engineer friends, and they know they could modify a polycarbonate blade to work with the base, if they had to, but not everyone is as skilled.

So, it’s important to note that the blade is not the most expensive option, not the cheapest. I would still consider it, at least due to the experience, worth it. Just be fully prepared to beg your engineer friend to hot-wire a blade, or spend the money on a ticket, and replacement blade if you try to hit them against each other.

Now, for something different, if you are interested in giving your lightsaber an extra bit of cool, I recommend checking out The Proplicator Etsy shop for his amazing Unstable Lightsaber Blade Sleeve. 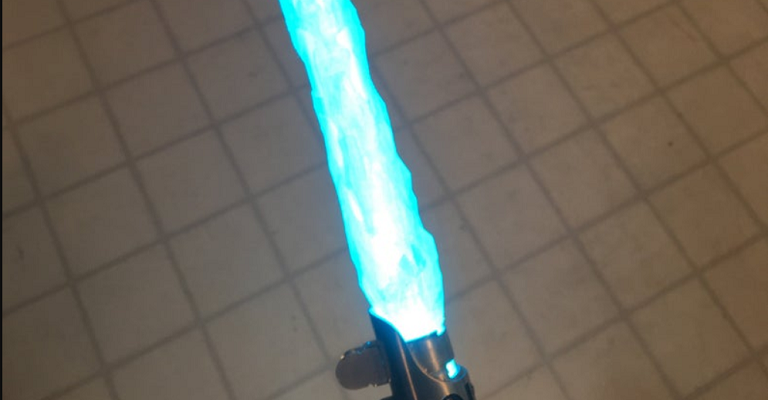 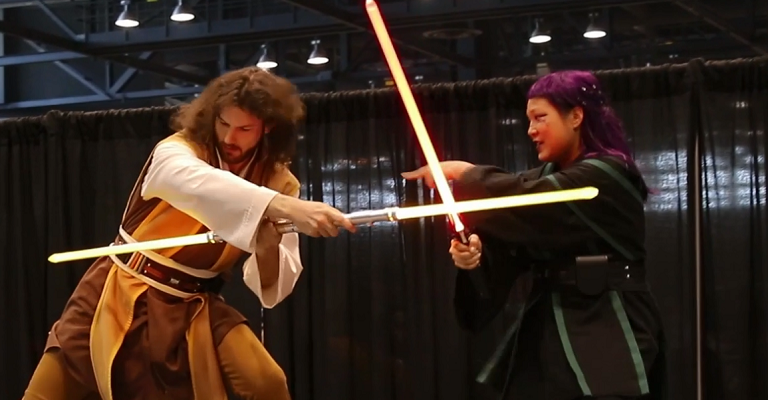 One of the really cool things about Saber Guild is that they are Lucasfilm-recognized, are a not-for-profit group that performs at conventions, charities, and official Star Wars events.

Head to their Site to see where their weekly open rehearsals are located if you are interested in joining!

Additionally, they love to perform for charities, book them Here!