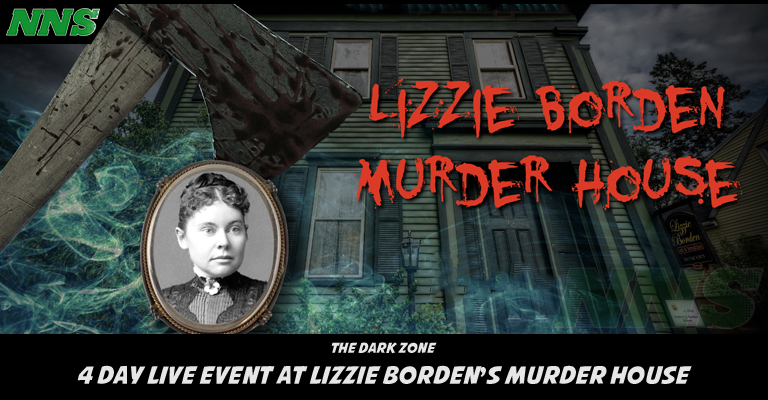 From August 28th through August 31th, for 24 hours each day, The Dark Zone will be streaming for their fans live from Lizzie Borden’s house in Fall River, Massachusetts.

This isn’t the first time they’ve done something like this, as earlier in the year they live streamed from the house that was the basis for “The Conjuring”, (You can see that article Here).

When we said earlier this year, that the Conjuring house event might be the only possibility for a haunted house to enjoy during the pandemic, and the year, we didn’t realize how on point we were. We are sorry for that. However, The Dark Zone proved us wrong none-the-less with this ticketed event.

This house was made famous in August of 1892, when Lizzie Borden chopped up the bodies of Abby and Andrew Borden with an axe. The deceased gained no justice though when the jury concluded that no woman could have been capable of such a crime. Now it’s supposedly believed that due Lizzie Borden not being held accountable, the ghosts terrify guests who visit the house.

This 4-day-long event will live stream the investigating of the supposed active haunting of the house. Attending the stream, will be television psychic Chris Fleming and Colin Talor of Scotland Yard. Together they will look into the evidence of the four other suspects, attempt to contact the spirits, and uncover the truth.

If you want to watch the amazingly interesting experience, then you can do so easily and exclusively on The Dark Zone!