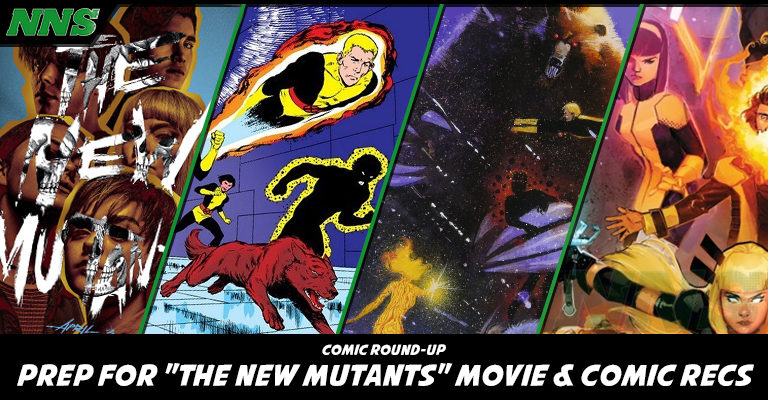 This movie was supposed to come out this week, but with the current state of the nation, we will have to wait. But that means we have plenty of time to prepare! I could have written about something else, maybe done some silly April fools memes or something, but I’m very stubborn and as a huge fan of X-Men, yes, even X3, I still wanted to write about this because I actually didn’t know that much about it. Its possible not to know everything about X-Men and Mutants, okay! 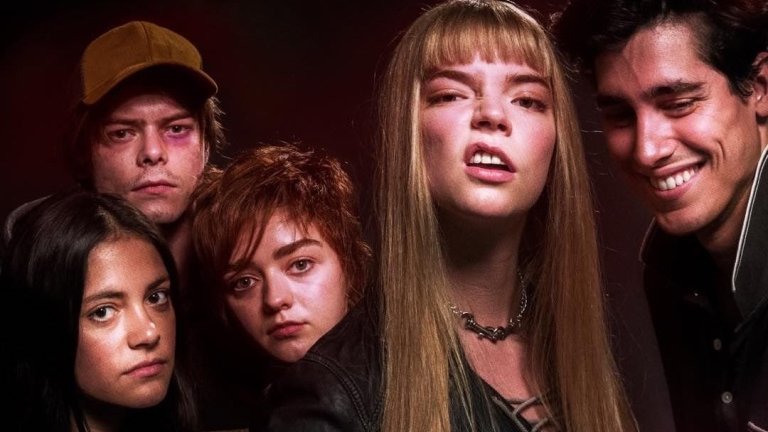 So let’s get into this. As you can already guess, this movie was based off a comic book written by Chris Claremont and Bill Sienkiewicz’ called The New Mutants which started in 1982 under the Marvel Graphic Novel line issue #4, then were featured in their own title from 1983–1991.  After this, the characters were relaunched as X-Force in a new series. The second New Mutants series launched in 2003 and featured teenage mutant students at the Xavier Institute. Once again, another title change in 2004, and it was relaunched as New X-Men: Academy X, in which after, the group was formally dubbed the “New Mutants”. After the comic event named “M-Day” crossover storyline in 2005, the remaining students merged into one junior team called the “New X-Men.” The third New Mutant series reunited the original team and was launched in 2009.

See what I mean how its hard to know everything?! Well thats were we leave off and move into the film featuring the New Mutants which now has no official launch date.

So what is this movie about and how do we prepare for it like the super nerds that we are? Well, the original, remember back in 1982, consisted of Cannonball, Karma, Mirage, Sunspot, and Wolfsbane. This movie has all those characters but I see no mention of who is playing Karma, who is the teams original leader! GASP! Not seeing the movie, I can’t really say what will happen. But spoiler, in the comics, she dies and Mirage becomes the “new leader.” I wonder if this movie takes place after Karma’s death? Or maybe they are not announcing this character yet? Well, first things first, let’s get to know the characters and their general powers who are the originals in the comics and are in the new movie: 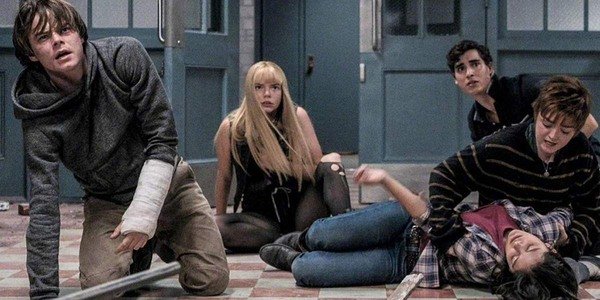 CANNONBALL (aka Samuel Guthrie played by Charlie Heaton)
16-year-old from Kentucky, United States and eventual co-leader, with the ability to generate thermo-chemical energy and propel himself through the air.

MIRAGE (aka Danielle Moonstar, originally codenamed Psyche played by Blu Hunt)
A girl who is a Cheyenne Native American and eventual co-leader after Karma’s apparent death, who could create visual empathic three-dimensional illusions.

SUNSPOT (aka Roberto da Costa played by Henry Zaga)
14-year-old from Brazil who had superhuman strength fueled by sunlight and could store solar energy in his body to use his super strength during the night.

WOLFSBANE (aka Rahne Sinclair played by Masie Williams)
13-year-old religious girl from Scotland, United Kingdom who could transform into a wolf and a werewolf-like creature.

KARMA (aka Xi’an Coy Manh not sure if played by anyone but needs to be mentioned especially because of her incredibly story in comic book history and is also considered one of the first major lesbian characters in a mainstream comic book!)
19-year-old girl from Vietnam and the team’s original leader, who could mentally possess other people’s bodies.

Strange enough, and I don’t know why this is done, but another character that is in the trailer, who is actually considered a “new recruit” along with Cypher, Magma, and Warlock, after the death of Karma, is:

So mayyyybe we might see some of the other “new recruit characters” in the movie?

One more character to add who is in the movie as a mentor to the group and a medical doctor who can generate protective fields around herself, is CECELIA REYES. In the comics, she was briefly a member of the X-Men and often assisted them, but actually had no interest in being a super hero and desired to live an “ordinary” life. She will be played by Alice Braga in the upcoming movie. In the comics, her first appearance was in X-Men #65 in 1997 and I’m not sure how or if any of these characters ever crossed paths in the comics, but I can tell you that this character, Cecelia Reyes, is suuuuuuper awesome!

Here is the very general overview of what’s said about the original group’s comic series:

In addition to very serious depictions of teenage angst and growing pains, the series featured themes of mysticism. The stories also relied on wilder, more far-fetched premises than were typical of X-Men at the time, shaping into more of a science fiction and fantasy series than the superhero coming-of-age comic it had been touted as in its early days. Locales included demonic dimensions, alternate futures, and an ancient Roman civilization hidden within the Amazon rainforest. The New Mutants also encountered a secret society called the Hellfire Club, and began a rivalry with their young apprentices, the Hellions. – Wikipedia 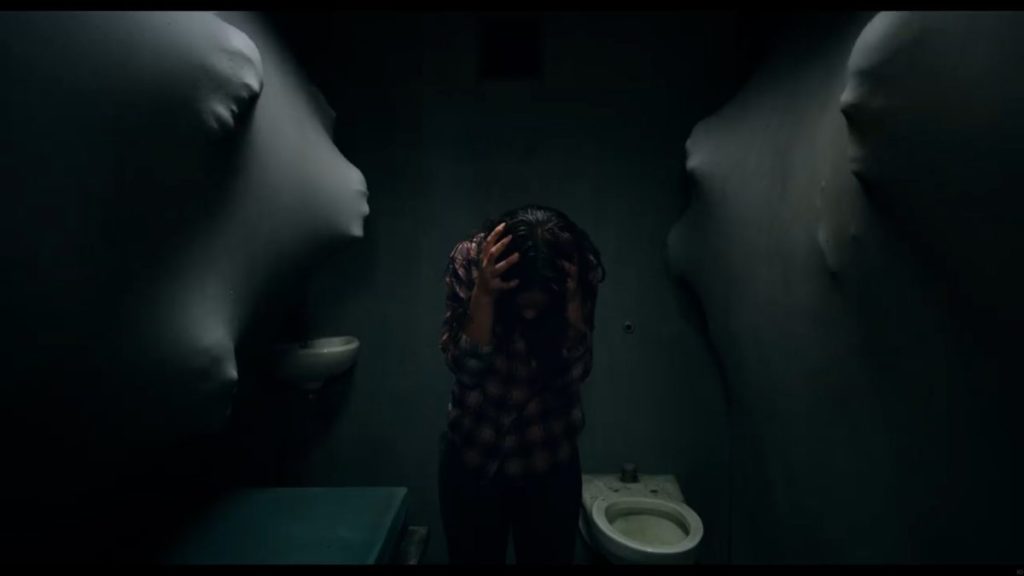 Now the movie is even more vague:

‘The New Mutants’ is an upcoming American horror film in the superhero genre, based on the Marvel Comics team of the same name and distributed by 20th Century Studios. It is intended to be an installment of the X-Men film series. Five young mutants, just discovering their abilities while held in a secret facility against their will, fight to escape their past sins and save themselves.

Yup, thats all we know. How did they get there? Why are they there? All questions are hopefully answered when watching the movie.

Now’s the time we talk comics, what comics to check out before seeing the movie. So here we go, my very bias list of related pre-movie comics in no particular order! 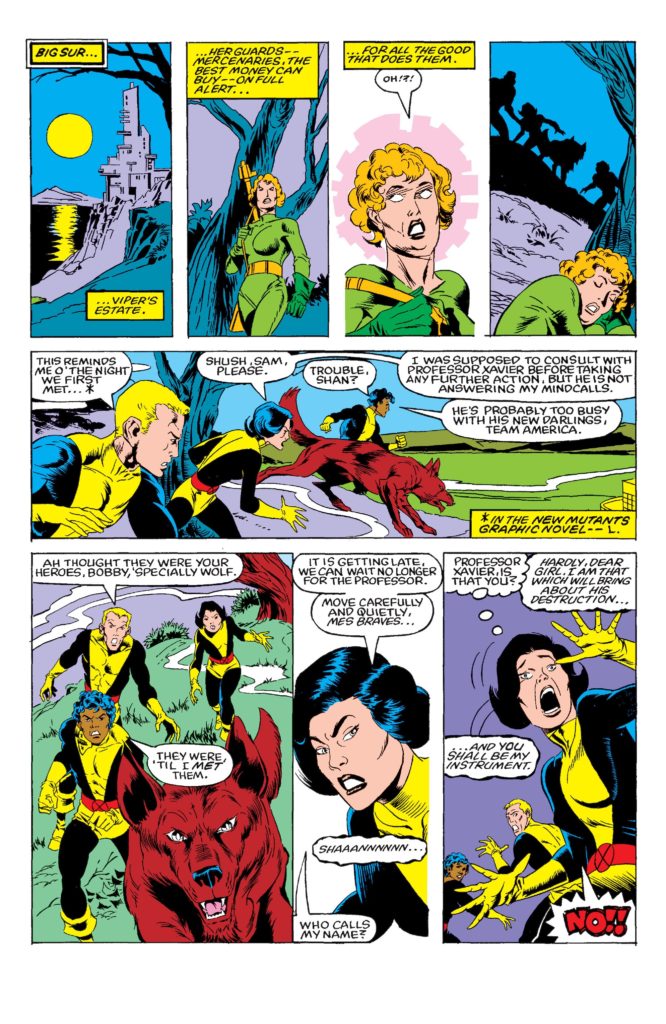 This graphic novel is in many ways the origin story for the team of young mutants. This renewal tells the story of each character and how they come together under the care of Charles Xavier. Each mutant has a tragic backstory, each bringing something new to the team. In their first adventure, the young mutants must work together to rescue Professor X from a murderous villain who had kidnapped their teacher. This story really sets up the future of this strange group of mutants and establishes the unique direction that the characters would head into for years to come. 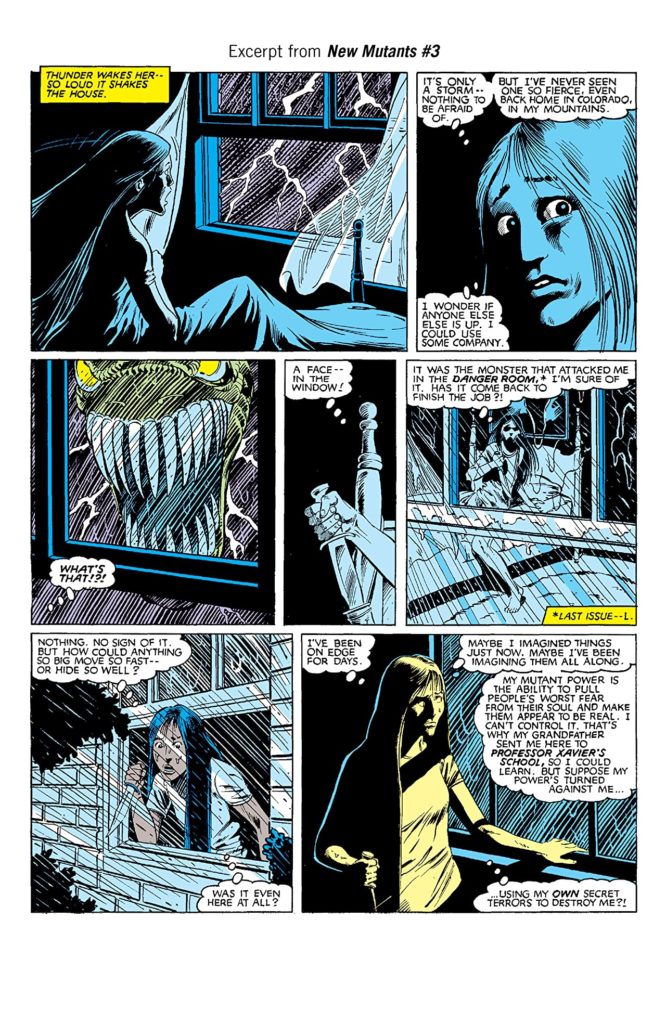 The story of the demon bear is without a doubt the most impactful storyline of the New Mutants. This saga focuses on Dani Moonstar and how her past has come back to haunt her. Moonstar must face her demons and learn to trust her teammates in order to defeat this villainous bear. The demon bear is a huge menacing beast that the team must work together to battle. The storyline itself is important because it showed how the team works together and it solidified these young mutants as a great team of characters on their own apart from the X-Men. 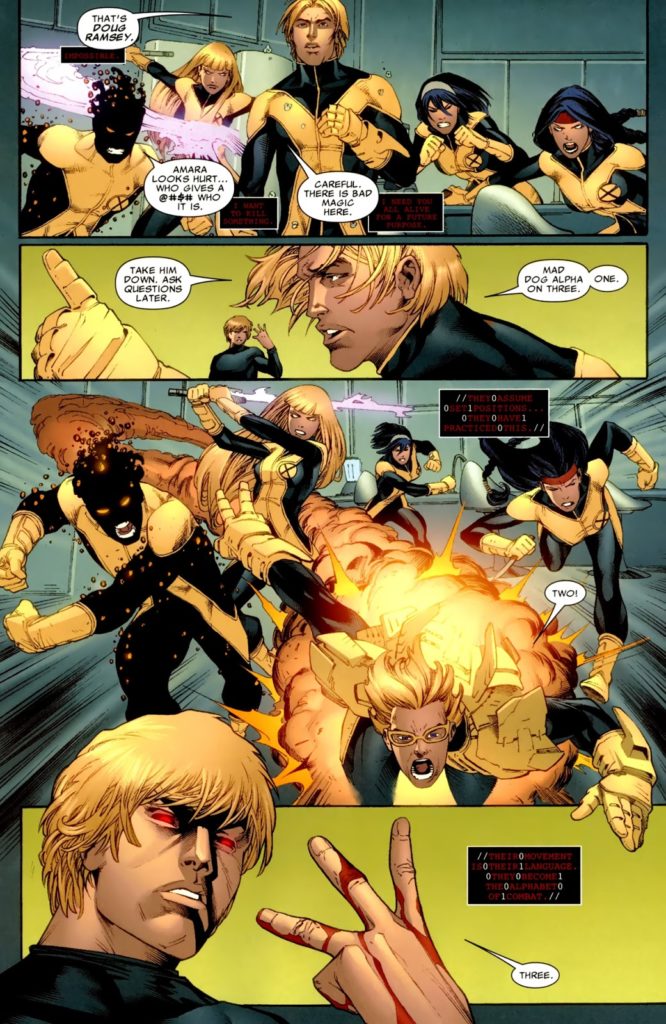 Since Karma isn’t in the movie, and she’s seriously awesome, here’s some material to know her with the original team.

Cannonball, Dani Moonstar, Karma, Sunspot, Magma and Magik have put the band back together – just don’t call them the New Mutants! They might not get to be old mutants either, when one of the most powerful threats they have ever faced returns – Legion! Speaking of comebacks, the dead just won’t stay dead as the shocking events of Necrosha hit home…and Doug Ramsey and Warlock return to the fold! The team’s past returns to haunt them as they are dragged into the hellish dimension of Limbo, but will the secret they uncover there lead to the fall of the New Mutants once and for all?

So what do you think? Will you be watching this movie whenever it comes out? Have you heard of these characters before? Were you also wondering what Masie Williams and Samuel Guthrie have been up to? Who is your favorite New Mutant? Let us know in the comments, and we will catch you next time, same Nerd-Time, same Nerd-Channel.