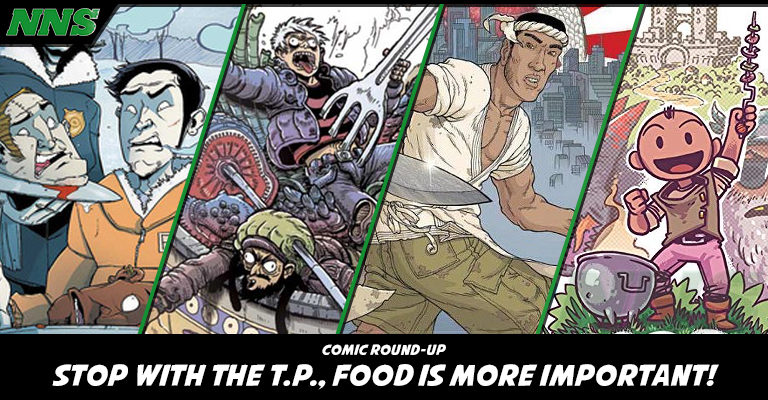 We are all living in very strange times right now. It seems like the most precious thing right now is toilet paper, but second to that seems to be food! It’s getting really hard to get certain things at the store and some things are even impossible to get on Amazon.

Well by coincidence, today happens to be National Ag (agriculture) Day which started in 1973 as a way to increase public awareness of agriculture’s role in society. And currently, with the status of the local grocery shops, we are really noticing the importance of this day.

But the role of American agriculture is greater than the food on our tables. Just about every product we touch involves a farmer. From the clothes on our backs to the fuel in our cars and the medicines we take, agriculture grows our economy and keeps us healthy. Agriculture also provides jobs from field to store and beyond. But since this is a comic related post, we will focus on comics which involve food. And like I say, it’s my post and I do what I want, lol.

So here are my very bias favorite comics which involve foooooooods! 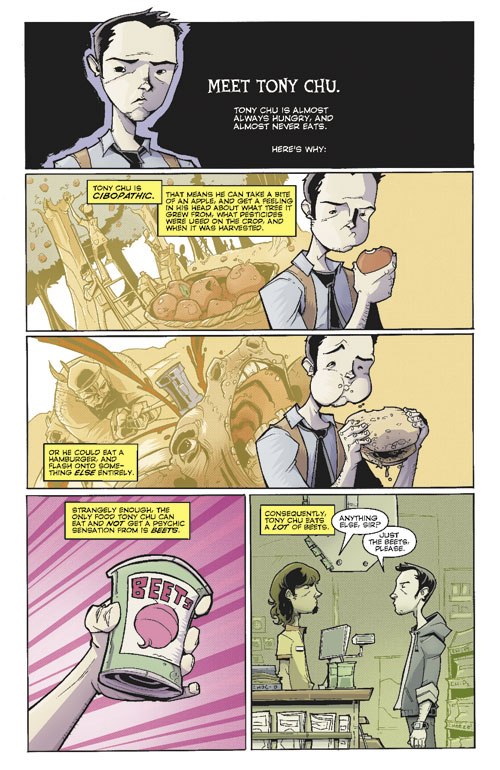 In a world where poultry is illegal, food crime is handled by an FDA that operates more like the DEA. Among its ranks is Tony Chu, a cibopath—someone who can learn the history of something by ingesting it—and he uses his skills to clean up the dirty world of illegal chicken. The series is a commercial and critical success, and has won the Eisner Awards for Best New Series (2010) and Best Continuing Series (2011). 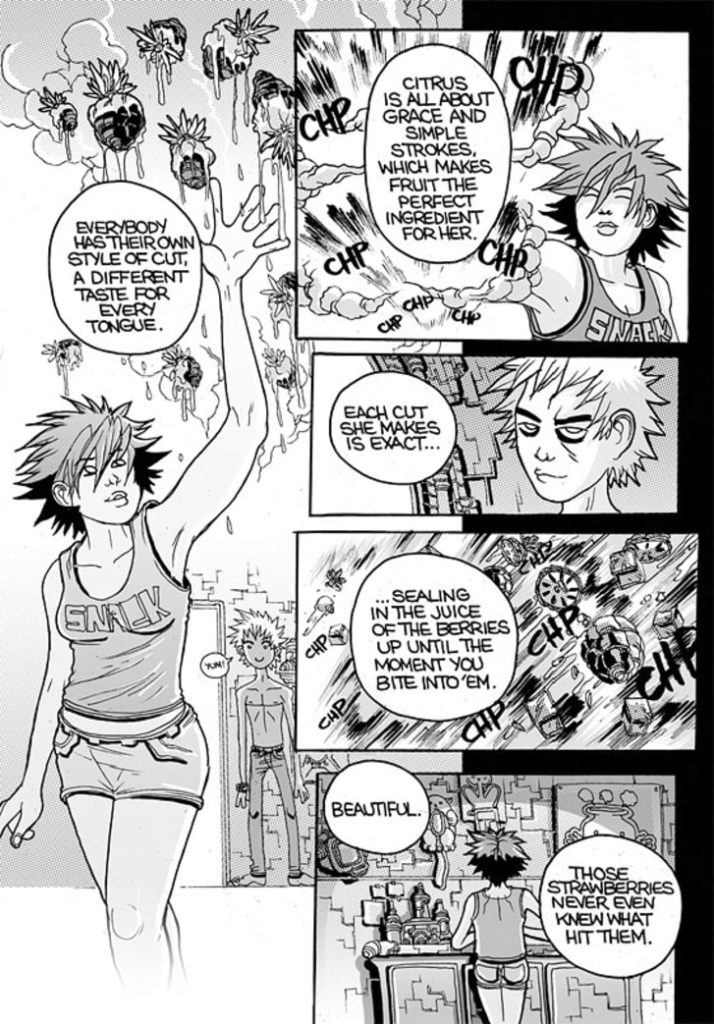 With little explanation, intergalactic chef virtuoso Johnny Boyo gave up his promising future in food to become a space trucker. But every time he thinks he’s out of the frying pan, he finds himself in the fire and must use his cooking skills to survive. The book is an improbable combination of science-fiction and cooking, and showcases Stokoe’s abundant visual style and frenetic storytelling. 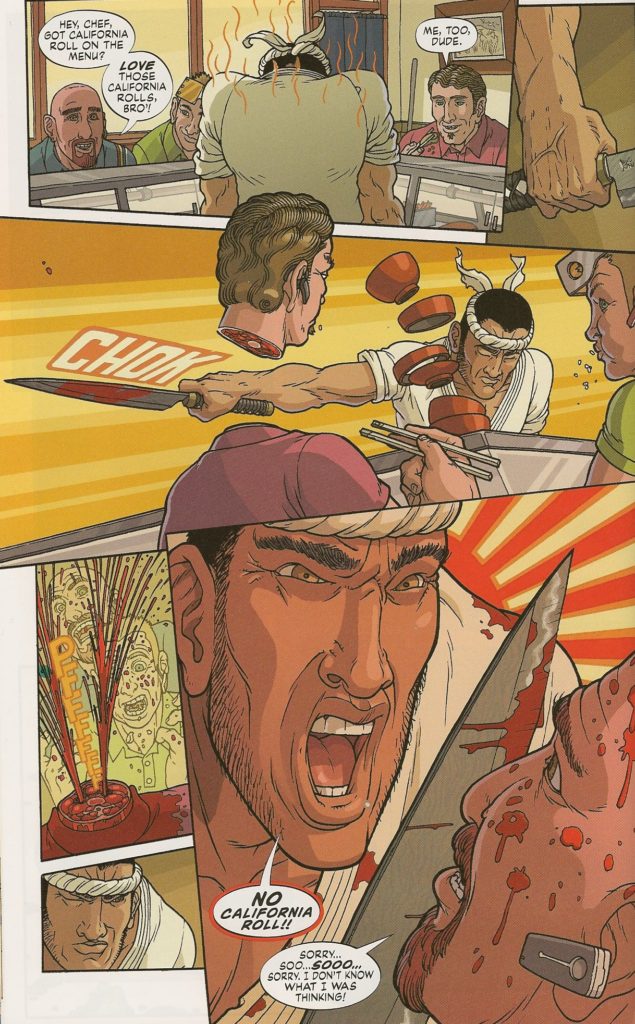 Set in a near-future dystopia, Bourdain and Rose tell the story of Jiro, a sushi chef determined to pursue his craft despite conscripted service to his father’s mob affiliations. Dynamic art showcases a food-obsessed L.A, where disrespecting good food could get a person killed. 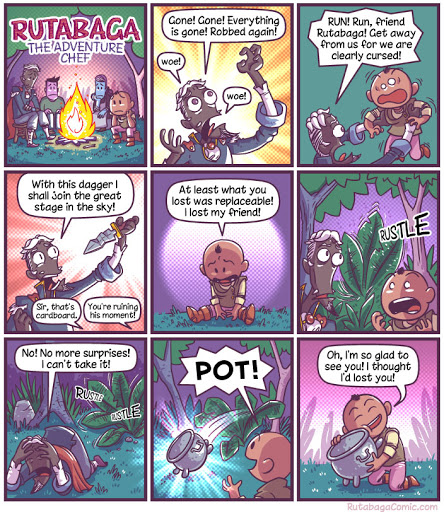 A webcomic in which the story follows a chef named Rutabaga who travels the land in a quest to find rare and exciting ingredients to add to his cookbook. Our adventurer chef encounters magical beasts (including dragons) and interesting people on his journey, using his culinary skills along the way to meet any challenge. As a great addition, there are also recipes included to make some new dishes (though you may not have the blood berries or other rare ingredients to concoct them).

So what are your favorite food related comics? Will you be reading any of these mentioned? How are you staying entertained during this “confinement”? Let us know in the comments!

I will say that right now is an excellent time for picking up comics. So many people are online trying to be entertained, but a good book doesn’t need the internet! Think about re-reading something you have, or downloading a book (instead of streaming a game), or trying to support a local comic shop which I know some are doing curbside pick up, or delivery if you order over a certain amount. Local small businesses can surely appreciate the support. And we will catch you next week, same Nerd-Time, same Nerd-Channel.