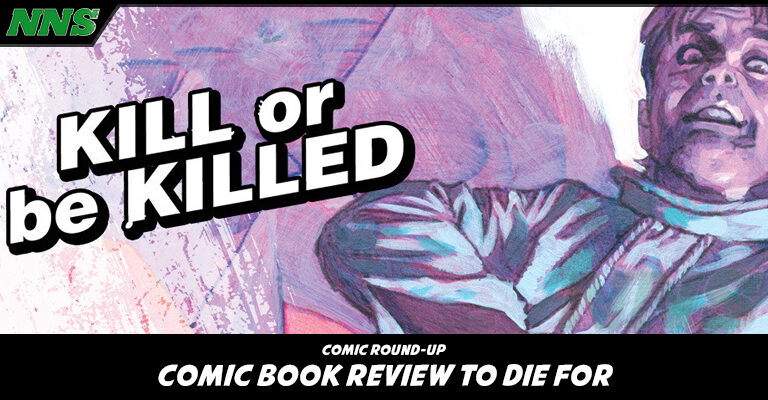 The twisted story of a young man who is forced to kill bad people, and how he struggles to keep his secret as it slowly ruins his life and the lives of his friends and loved ones.

WARNING: The following review is of a comic which has strong tones of suicide, murder, and an other triggers and should only be read by adults over the age of 18 who are not affected by these topics or their visual imagery.

Have you ever met a demon? Do you believe in them? For Dylan, after a failed attempt at suicide, he was given another chance to live… thanks to a demon. But there is a catch of course. To repay the demon for saving his life, he now has to take other lives. Lives of people who “deserve” to die. And if he doesn’t make the quota, well then… he will have to pay with his own life, that is, unless he starts to actually enjoy doing it. 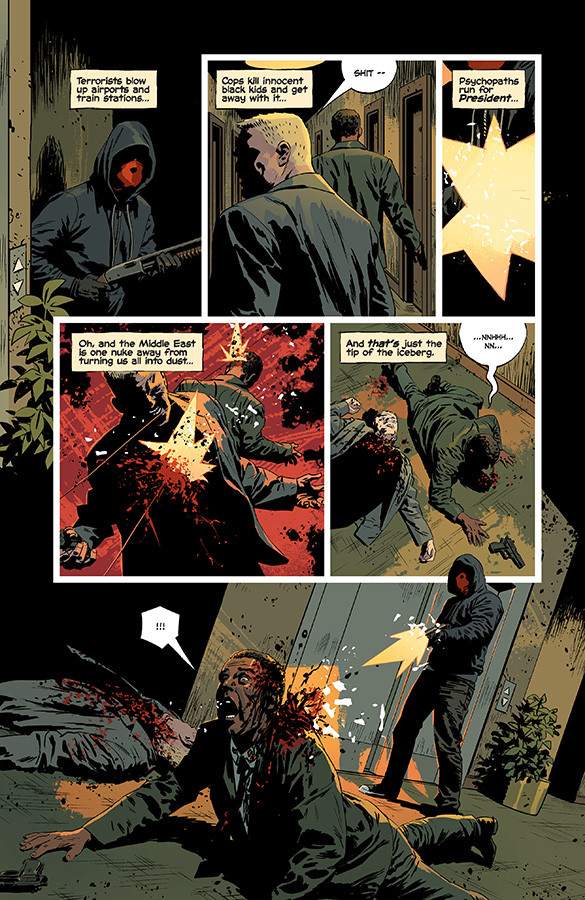 Now this brings up two very difficult questions. One is, how can you or I judge who is deserving of death? Another is… is the demon real?

Those are questions that you will just have to find out by reading this insanely dark and exciting murder mystery comic by none other than the amazing team of writer Ed Brubaker (winner of five best writer Eisner and Harvey Awards in the last ten years) and artist Sean Phillips (Eisner Award winner who has worked for all the major publishers). They have also teamed up to create other comic series such as CRIMINAL, INCOGNITO, FATALE, and THE FADE OUT. 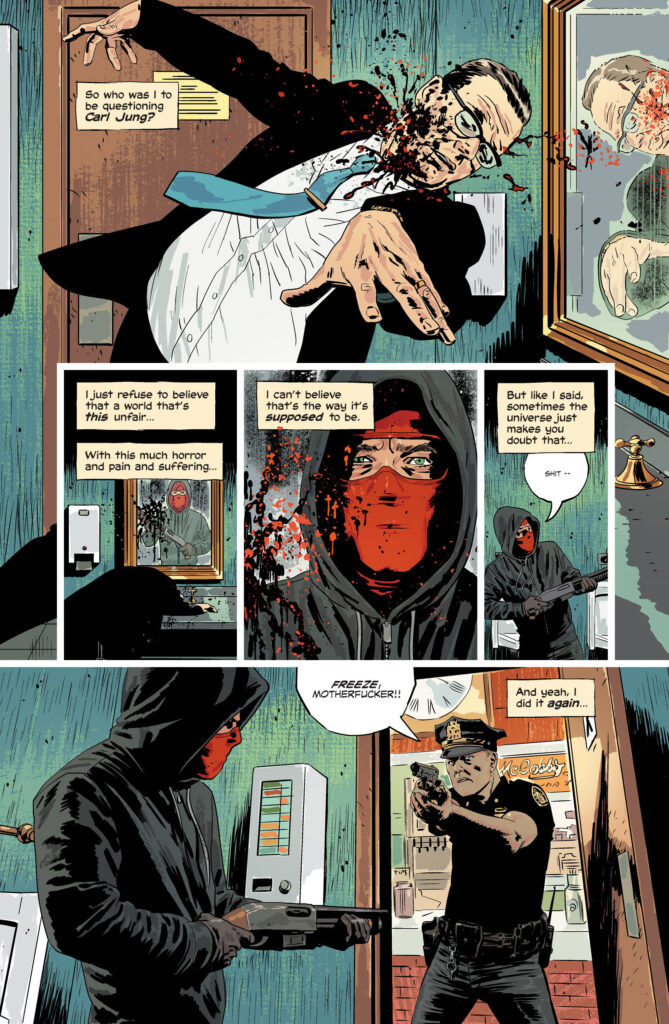 I highly recommend this comic to people who also like comics such as THE OUTCAST, DEADLY CLASS, GIDEON FALLS, and MONSTRESS. And also to people who are not afraid of a bloodbath.

If you read this comic, what do you think of it? Have you read any of the other comics created by this award winning team? What comics would you recommend to people who would enjoy this comic? Let us know in the comments and we will catch you next week, same Nerd-Time, same Nerd-Channel!