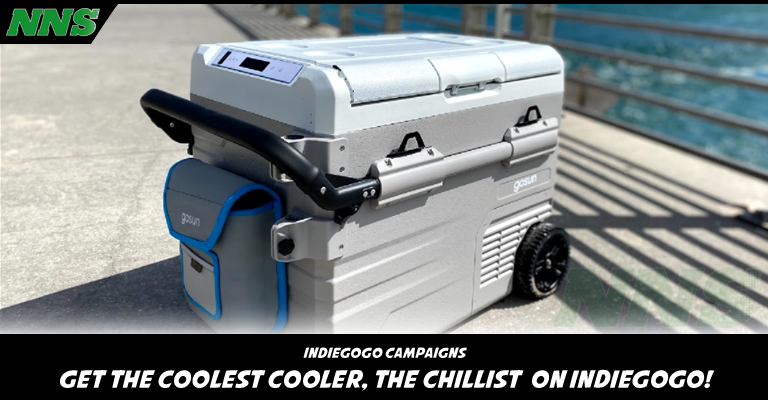 We’ve checked out a couple of GoSun’s products in the past, but the reason we are here right now is to talk about the Chillest. The successor to the GoSun Chill, (you can see our prior article covering the Chill Here).

As we have stated before, GoSun‘s whole mission is to get people to stop burning things for fuel, energy, and eating while camping. Thier Chill and now the Chillest also helped in that goal, by giving people the option of food and drinks kept cool thanks to the power of the sun without wasting water for ice.

The Chill was launched in 2019 and was a completely ice-free solar cooler. This gave users more room for their picnic, tailgate, or beach party snacks and beverages. Additionally, the device could even be used to keep ice cream cold!

GoSun has sold thousands of the original design and decided to give fans an upgraded choice from the classic design.

Additional new features of the Chillest include:

This amazing device can last over 10 hours, and can get down to -4°F!

If your Chillest runs out of juice in its 100 wh Lithium-Ion battery, don’t fret because you can still supply it additional power with an AC or DC power outlet, an external power bank, or with the optional elbow solar table attachment.

The suggested retail price for the Chillest is $899, but right now on Indiegogo you can get it for $599 at the early bird price. However, act quick before it runs out!

Lastly though, if you love the mission statement of GoSun, and want to become a part of their business, then head to our article Here to learn how you can invest in their future!

Back and pre-order the Chillest on Indiegogo Here as it will be shipping out by July this year. Just in time for summer!