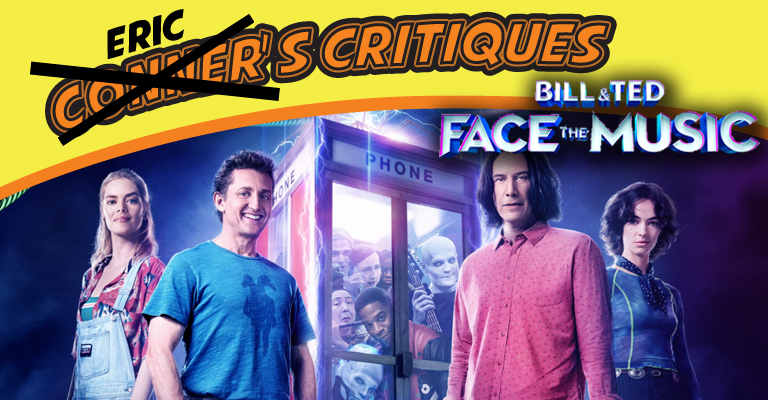 Bill and Ted Face The Music is a movie that I had no idea that I needed in 2020. As a huge fan of the series from when I was a kid, I was worried, and hopeful for this movie all at the same time. There are a lot of ways that a movie like this could miss the point, or deviate from the norm.

This movie, well I’ll let the review below go over what I think about it, but it’s not something that should be ruined for anyone who wants to see it. For that very important reason we are going to do our very best to not spoil the story, or the major plot points. We can’t guarantee that everything we say won’t help you process your own self-realizations, like we did before watching it, but we won’t openly or outwardly reveal spoilers.

Since Conner always breaks down his critiques in three categories, Story, Acting, and Overall, so will I.

STORY: 10/10
There are many films that attempt to shoehorn a female storyline within the series in modern time, and humor a “woke” agenda. While some might look at the casting and story of the movie as being misplaced, but anyone saying that clearly hasn’t watched the prior films.

The B and C story of this film focuses on strong, and amazing female characters with their own goals and ideals. While I admit that it doesn’t pass the Bechdel test, their stories are still fun and interesting. More in-depth against anyone saying the B and C stories don’t belong in the film, should hopefully be reminded that the stories of these characters are rooted in lore already existing in the franchise.

Bill and Ted’s unsure relationships with the Princesses was raised in the second film, before resolving and adding the babies that would become Billie and Thea in this film. 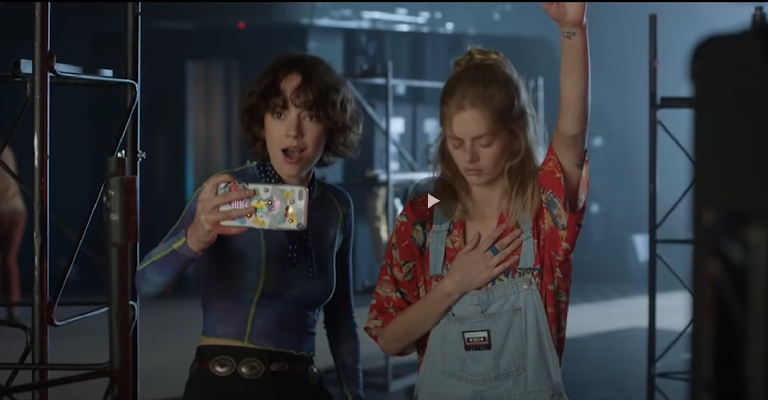 Everything set up in this film was not only pre-existing, but a natural progression set forth by the prior writers in the Bill and Ted world. The stakes of the franchise has never been too large, with it usually being a need to get a passing grade to prevent being split up, or getting the group to perform in the battle of the bands to become famous. This movie is a small deviation from that style in some ways, but it has been an event the series has been whispering about from the beginning. 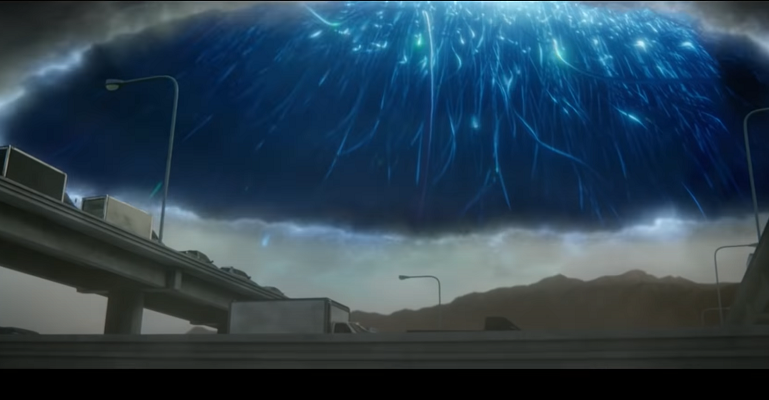 The event that makes the world a better, and a more musical place has been hinted at since the very beginning of the series, and now the duo has to finally make good.

The movie follows the story of the loveable, if not vacuous, pair as they try to shortcut their way to meeting their fate as they fall back on old habits. It takes a small bit for the boys to relearn the lesson they learned at the end of the second film.

ACTING: 10/10
We are sad to see that Diane Franklin and Kimberley LaBelle, the original princesses, we’re not in the film, but find a nice touch that they were thanked in the credits. Jayma Mays and Erinn Hayes have replaced them in the third movie in the franchise, not only doing a fine job in their roles, but secretly in the background performing almost a silent but important task that pushes the world further.

They bring so many actors back from the franchise, including William Sadler, reprising his role as Death, and Hal Landon Jr. as Ted’s father. The movie brings new talent to the movie though, like Kristen Schaal whi plays Rufus’s Daughter, Kelly. While it’s not a huge role in the film, her small bits within it are hilarious, and serves as a worthy fill-in for George Carlin. Who many may not remember, while being important to the story, really did not have a lot of screen time in the original two films. Partnered with Anthony Carrigan who plays Dennis Caleb McCoy the two shine!

Alex Winter and Keanu Reeves disappear once more into the roles of Bill and Ted, almost as if they never left. In spite of Keanu playing John Wick, and his recent badass action cred, he is still able to fully fall into this loveable honest music lover once more. While their performances are awesome our favorite acting, and characters, of this film was the performances of Samara Weaving and Brigette Lundy-Paine. The new duo plays Thea and Billie, the daughters of Ted and Bill.

Their love of music, and infatuation with time travel based science is beautiful as would be for a child that grew up having heard the tales through time of their fathers. Maybe it was my recent fatherhood, and lovely daughter, but I couldn’t help but love not only their performance in the film, but their relationship with their fathers.

OVERALL: 10/10
I am not fanboy-ing when I say this. I actually needed help from our other agents on the site to confirm with me about the quality of the film. It was unanimous. There has honestly not been another movie prior that has mastered the late-stage movie sequel then this film here. Additionally, it sets a high bar in the future for anyone who attempts to do the same in the industry.

But is this rating worthy of a film on its own, or has it earned it because of the lineage of the prior films, and how well it continued the story? That’s a harder question. I will say this though, without the existence of the prior films, this movie would have to rely on a lot of exposition, or fast forward story. But character, story within the film, and dialog in this film is top notch with amazing style.

I personally think that if not a 10/10 this movie stand-alone would at the least be well over 8/10.

Conner’s Final Thought(s):
If you are looking for a fun, and funny movie to distract from the world, and what is happening, then this movie will fit the bill. It’s not an action film, it’s not a drama, and it has no intent to be either of those things. It is a light-hearted comedy film that makes a great and impressive tribute to the original series while being a strong and beautiful conclusion to the Bill and Ted universe.

There is no need for another movie. This movie stands out and is anything a fan of the original series would need.