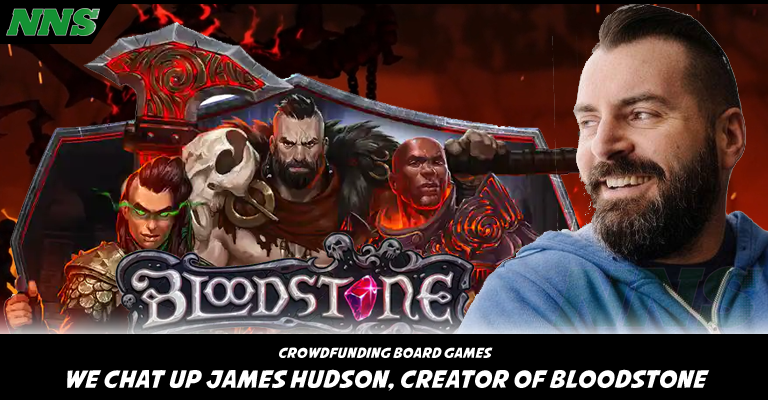 Before we jump into the interview, if you don’t know what we are talking about, I suggest you head to our prior article Here, where we talk about the new game that is currently available on Kickstarter from James Hudson. If you already have, or are back find out what he had to say about the new arena styled rpg!

Eric Bryan Seuthe II: First James, let me say the game looks amazing. The artwork really stands out. When I first started playing D&D, my GM took my character and the rest of the party to an Arena so they could show me what their characters were capable of. This reminds me a lot of the basic form of this game. What drove you to make this style of game?

James Hudson: What a great way for a GM to introduce players to the world in an RPG. First things first, dice! I am addicted to dice, love all dice games, and collect all kinds of dice. I was watching Titansgrave, which uses the AGE System, and was really inspired by the STUNT system. It got me thinking about using 3d6 as a base for a combat game. I am also a huge World of Warcraft nut and wanted to use that inspiration for building the characters and world. When I mashed the two things together, we got Bloodstone!

Eric: Lore in games can go two ways. There are people in the gaming world that just want to jump into action and think of lore as a homework assignment, and those that like a huge flushed out world. Which of the two are you when it comes to roleplaying?

Eric: I know you guys are creating a really flushed out lore in the form of the book coming out, Bloodstone: Awakening, written by Ari Marmell who has done tie-in novels prior, how much influence did you have on the story they made, or did you give Ari some main points, and let him run with it?

James: We have worked together on plotting the course of the narrative. I gave him my vision for the overarching narrative, which if we have our way will play out over three novels, and he helped me build out the rest of the world needed to support the depth of a novel. It is a much different process than writing flavor text for an RPG or a board game. I’ve really enjoyed the process and we have poured a lot of time into it. I believe that it has really improved the gameplay as well. The more we focused on the theme and narrative, the more it influenced and pushed us to make the game mechanics line up.

Eric: The game is not an overly simple game, but boasts it averages 20 minutes per player. I’m sure that as game play moves forward, the game becomes pretty easy to navigate, however is the 20 minute game play per player the average time for a new player, or a seasoned player?

James: I would say that it is pretty average. The first game is always going to take a bit longer as everyone is settling into the rules and learning the game. My goal when making the game was for it to be fast and furious. I didn’t want players bogged down in pages of fiddly rules. This is something you can throw out on the table and have fun matches after dinner, between games, or while you wait for the rest of the crew to show up for game night! (We all have one of our friends that is late consistently…)

Eric: Would a potential future release or version of this game find a way to become available to latecomers down the line or is the “no retail” launch a hard point?

James: No retail means no retail, but if we get to make Bloodstone 2 (I already have that design started a bit) then we would offer the original game in that Kickstarter campaign as well. We will also list any leftover games from fulfillment on our webstore over on Skybound Entertainment’s website. So there are a few places that I hope to offer it, but the sure-fire way to get it is to back the Kickstarter now. We also offer a $1 pledge where people can get access to our Pledge Manager which gives you months of additional time to pledge and back after the Kickstarter campaign has ended.

Eric: Thanks for taking some time with us today James!