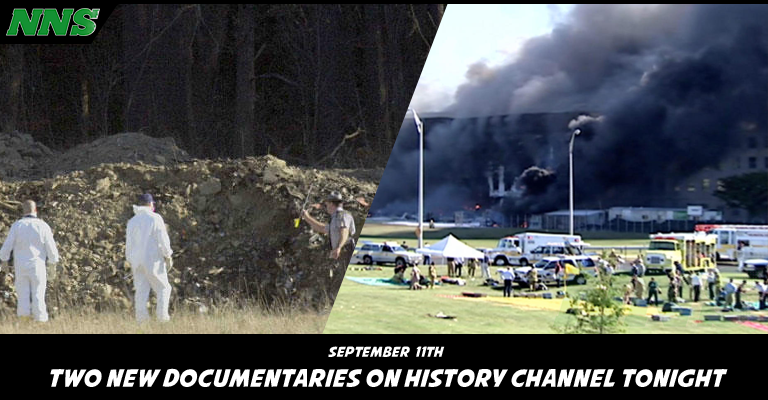 I remember exactly where I was that day. I woke up late in the day, and was immediately told by family what happened, and when I turned on the TV, I saw the footage of a plane hitting the tower, which I thought was a replay of the earlier event, but turned out to be the exact moment of the second plane hitting the towers.

I was shocked at the horrible sight.

History Channel is showcasing two one hour documentaries to cover the horrible and tragic events of that day so many years ago. The first being “9/11: The Final Minutes of Flight 93” and the second being “9/11: The Pentagon.”

The Final Minutes of Flight 93 will focus on that fateful flight, with newly released evidence, and minute by minute accounts from voicemails, phone calls, air traffic control transmissions, and secret service documentation. With all of this information viewers will have an even more in-depth understanding of the events that transpired within that plan.

So much of what happened at the Pentagon has been held back from the American public due to national security reasons. However, the building was likely the main target of the attack, being that it was the 60th anniversary of the breaking ground on the site, that the terrorist attack occurred on. The documentary on the Pentagon focuses on never heard before testimonials from the men and women of the facility that lived and survived the attack.

The tragedy of that event was shocking to so many people, that it spawned disbelief, conspiracy theories, and hate. But that is not where it stopped. The nation was able to come together, and unite to a degree. We were all in this together. Fear pulled us together. We allowed our government to do things we shouldn’t have, but as a whole we pulled together and for a couple years at least we were Americans together. For some people though that didn’t mean those of middle eastern heritage regardless to how many generations had been here.

As we look at the situation happening in America right now, we have lost more people from this pandemic then we did from September 11th, but without a visual image, it’s hard for the nation to unify, as they fight the basic need to wear masks, and decry scientists who are trying to help prevent the spread. While I wish I could say that the fact that we couldn’t unify in spite of this tragedy would prevent the alienation of a group as a scapegoat like September 11th did, I can’t do that. As a loud and vocal minority takes out their anger on people of Asian heritage, no matter how unattached they are to the real cause of this outbreak.

I hope as a nation we are able to unify, with lack of scapegoating, or finger pointing. We as a nation need to stand together and walk into the future arm in arm if we are to survive this pandemic.

Watch the documentaries about 9/11 starting at 8:00 p.m. PST on the History channel.