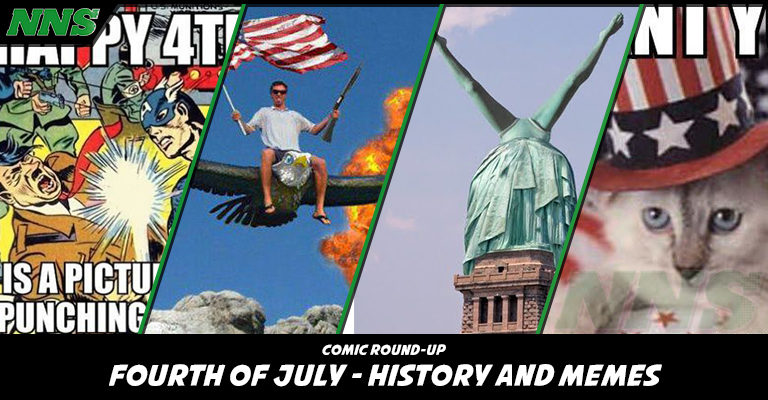 I find that there are a few holidays that we celebrate, that we have learned about as kids, that later on in years we kind of forget the real reason behind celebrating them. They sort of just turn into drinking holidays or we are just celebrating that there is a paid day off. So, regardless how obvious Independence Day is, let’s just get a quick refresher, and of course, some awesome memes to help us celebrate!

The Fourth of July is known as Independence Day because that is the day that the Second Continental Congress adopted the full and formal Declaration of Independence.  So let’s see how this came to be.

When the colonies were first settled they were allowed to pretty much develop freely without hardly any interface from Britain, but things changed in 1763. Britain suddenly decided that they needed to take more control over the colonies. Britain decided that the colonies needed to return revenue to the “mother country” and they needed to pay for the colonies defense, which was being provided by Britain. But the colonies felt that since they were not represented in Parliament that they shouldn’t have to pay any kind of taxes, hence the saying “no taxation without representation”. When Britain continued to tax, the colonies formed the First Continental Congress to persuade the British government to recognize their rights. When this didn’t work a war was declared, which is known as the American Revolution.

John Adams, Samuel Adams, and Ben Franklin, as well as a group called the Sons of Liberty decided that it was time to unite all of the colonies and to stand together against Britain. During the course of the American Revolution a second Continental Congress was formed. It is this group that adopted the final draft of the Declaration of Independence. All thirteen colonies stood behind the Declaration of Independence and adopted it in full on July 4, 1776.

While celebrations on July 4th during the American Revolution were modest, after the war ended in 1783 the Fourth of July became a holiday in many places and it is now considered the most patriotic holiday celebrated in the United States.