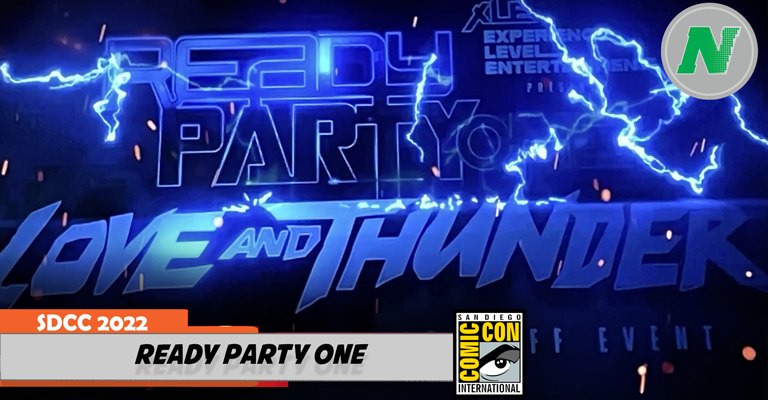 We were invited to the Thor Love and Thunder themed party created by XLE Productions. This is the first party of the convention, called their Ready Party One. It’s an amazing party, and I was expecting a lot with our site having covered the awesome parties from 2019!

The party is back again for Preview Night of San Diego Comic-Con. This was taking place at the Parq nightclub. It was full of special guests, great musical performances, and was amazing set dressing for the experience.

What was wild, insane, and the amazing cherry on top of this whole experience was the fact that XLE actually brought goats to the party! They promised goats to match the Love and Thunder theme, but how many of us actually believed that there would be goats!

As always the Flux Capacitors rocked the event, but as always they brought special guest singers to liven up the party. Some of those guests included Danny Cooksey from Salute Your Shorts and Terminator 2, Bonnie Gordon from Star Trek Prodigy, Jason Paige the vocalist from the Pokemon Indigo League theme song, and Gigi Edgley the amazingly talented singer and actor from Farscape.

Check out some pictures from the awesome party!

Did you attend? If not, you better not miss next year!