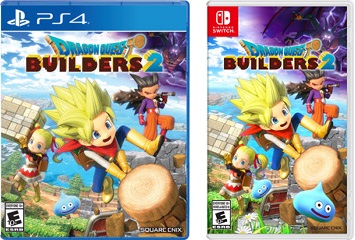 Dragon Quest Builders 2 by Square Enix
Play with up to four player online with customized characters as you build and and campaign to take down the Children of Hargon. Become a builder and prevent the cult of destruction. While this is a sequel, the developers promise a standalone experience, with no requirement for the prior game in this expansive world.

God Eater 3 by BANDAI NAMCO Studios
An enemy has arrived on Earth, and they are consuming and destroying everything. The only thing that is known, is that they are “Oracle Cells”, and that traditional weapons wont work. However after the collapse of civilization, the remaining humans learn that if you build a weapon out of the creatures, then it is able to hurt them. You must rise up, with your weapon and fight in fast passed battles, for the sake of all humanity. 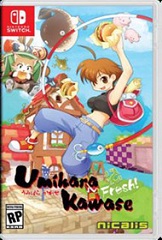 Umihara Kawase Fresh by Studio Saizensen
Umihara Kawase Fresh is known for it’s charm and grappling-hook physics. However, the game is about a young chef named Kawase, who travels to the town of Kingness. Kingness is a real to life copy of her dream town. Explore unique towns, with unique quests, fight unique enemies, to build and purchase ingredients throughout the town. 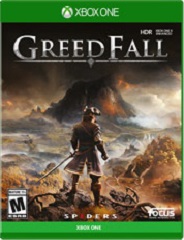 Greedfall by Focus Home Interactive
A new world sits before you, with treasures and mystery abound. You alone can choose the future for this brave new home. Choose between diplomacy or deception, force or friendship. Customize your character, and skills as you travel to uncover ancient secrets.