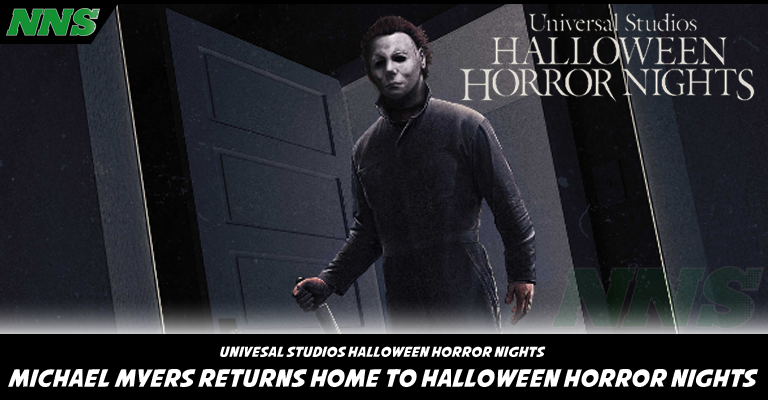 Universal Studios has announced the second of their Haunted Hoses to take place at their Halloween Horror Nights at both the Los Angeles and Orlando parks. Normally there is some cross over between the mazes and houses at these events, with slight changes to scare zones, and sometimes an exclusive house or maze at one of the locations.

This one, like the first announced house, will be available at both Universal locations.

If you are a fan of the classic horror film hailing from 1978 and the twisted and loveable mind of John Carpenter, then you’ll be excited to hear that Michael Myers is once again returning to Universal Studios for their Halloween themed event.

Come face to face with the merciless Michael Myers, one of the most popular and iconic horror villains of all time!

This is also a perfect addition to the mazes because the franchise’s most recent trilogy concludes with the Halloween Ends film releasing on October 14, 2022. To get a sneak peek prior to the new movie, come see where Halloween in this interactive and fun haunted houses/maze dedicated to the critically-acclaimed original film.

Get a taste of the experience here:

Halloween Horror Nights begins this September 2nd in Orlando and September 8 in Hollywood.

Tickets will be available soon Here!