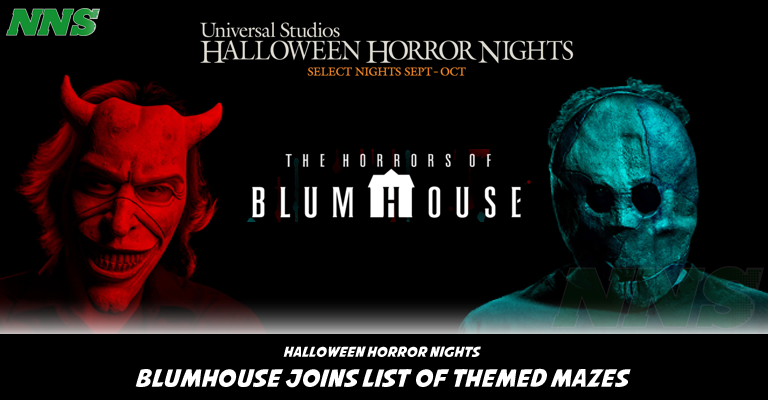 Universal Studios has announced the third of their Haunted Hoses to take place at their Halloween Horror Nights at both the Los Angeles and Orlando parks. Normally there is some cross over between the mazes and houses at these events, with slight changes to scare zones, and sometimes an exclusive house or maze at one of the locations.

This one, like the first two announced house, will be available at both Universal locations.

Are a fan of the incredibly successfully horror films from Blumhouse, the production company from Jason Blum? This production company is probably best known for it’s Insidious line-up, and the Paranormal Activity series. Well, now Blumhouse is bringing their style of horror to Universal Studios for their Halloween themed event.

Come face to face with the characters and monsters from the Blumhouse films, including the newest monster from The Black Phone!

This is also a perfect addition to the mazes because the franchise’s most recent trilogy concludes with the Halloween Ends film releasing on October 14, 2022. To get a sneak peek prior to the new movie, come see where Halloween in this interactive and fun haunted houses/maze dedicated to the critically-acclaimed original film.

Get a taste of the experience here:

Halloween Horror Nights begins this September 2nd in Orlando and September 8 in Hollywood.

Tickets are now available for the experience and can be purchased Here! We highly recommend you pick up Express tickets to avoid the long lines at the experience because a lot of people love Halloween Horror Nights!