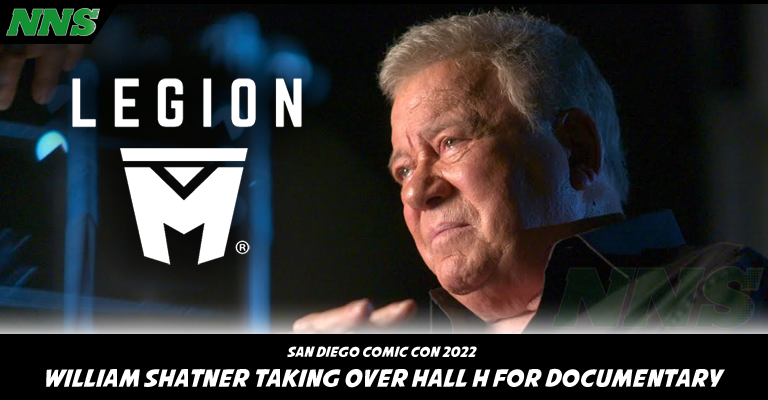 We’ve been a huge fan of Legion M since the very beginning, and are event shareholders! We are in good company though as over 35,000 other nerd have joined in making Legion M the company they are today!

Their amazing catalog of projects include these stunning titles:

It wouldn’t be San Diego Comic-Con without Legion M, and ahead of the convention the group has announced that they are bringing forth a Documentary based on the real life of William Shatner, that’s right Captain Kirk himself!

Thanks to the partnership with Alexandre and Exhibit A, Legion M will show fans of the world Shatner’s legacy in a way they have never seen before. In Hall H this Comic-Con, the producers behind the documentary will be holding a panel featuring William Shatner and moderated by Kevin Smith! Included in t he panel will be an early look at some of the footage from the documentary film, so fans can see it first!

When the dates are announced, we will share them with you!

For more information about the documentary, and how you can contribute and share in the film’s profits, head to Legion M!