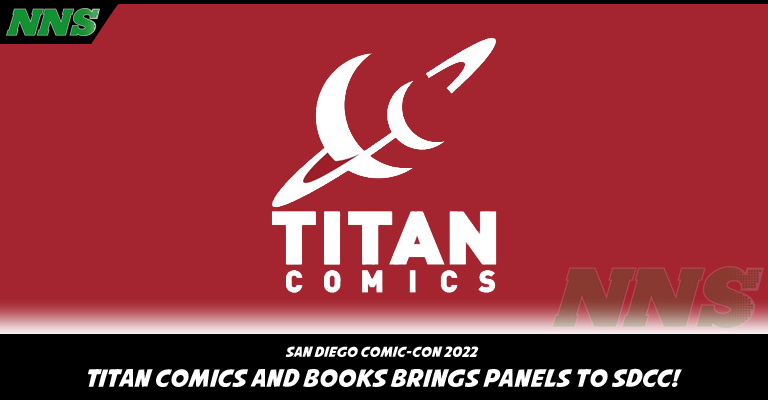 Titan Comics is bringing a large amount of comic and book themed panels to the event. See what’s available for the convention!

Matt Murray, Steve Saffel, and Jim Zub talk about the lasting impact of Conan and where they will take the project in the future from comics to the new Netflix project already in development.

Are you a fan of Doctor Who? Join Dan Slott and Jody Houser as they talk with Brigid Alverson and Johanna Draper Carlson about the history and future of Doctor Who comics including the Tenth Doctor.

THE ART OF RON COBB

Ron Cobb, the concept artist from Alien and Back to the Future, talks about his incredible legacy and it’s celebration within The Art Of Ron Cobb released from Titan Books. Nick Castle, Mitch Suskin, Jim Bissell, John Eaves, Michael Backes, and Jacob Johnston share their stories about Cobb and discuss the influence of the world’s greatest concept artist.

ADAPTING THE WORLD OF BLADE RUNNER FOR COMICS

Titan Comics have made quite a few comics based on the critically acclaimed and beloved Blade Runner series. Now they bring BLADE RUNNER ORIGINS co-writer K. Perkins and BLADE RUNNER 2029 writer Mike Johnson to discuss the concept of adapting the classic neo-noir setting for comics.

PAC-MAN: BIRTH OF AN ICON

Tim Lapetino discusses his book Pac-Man: Birth of an Icon and talks about Pac-Man’s origins.

What panels are you going to attending?