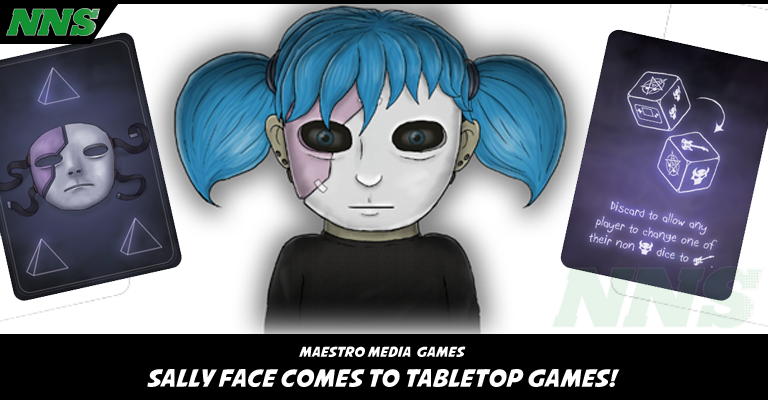 The amazing and fun indie game Sally Face is making a leap into our world, or at least our table. The game is coming to tabletop!

Sally Face: Strange Nightmares will mirror the video game’s progression system and make the players play through the story’s multiple “chapters” with unique locations and challenges. Then players will unlock new locations as they progress. As a player, you’ll solve mysteries, stop cultists, and prevent the Red-Eyed Demon from taking over.

Sally Face: Strange Nightmares is set to launch on Kickstarter on February 7, 2023. If you want to pre-commit to the campaign early, you can do so here Here. Pre-committing to the campaign will net backers two additional cards and a standee compared to other backers who don’t!

Maestro Media is not just producing a tabletop edition of Sally Face but that’s not all! They are also planning to launch a Sally Face mystery box that fans can sign up for that will give them limited edition t-shirts, Sally Face merch, and an immersive mystery game that fans have to solve every month.

You can sign up for updates and learn more about the Strange Boxes Here!