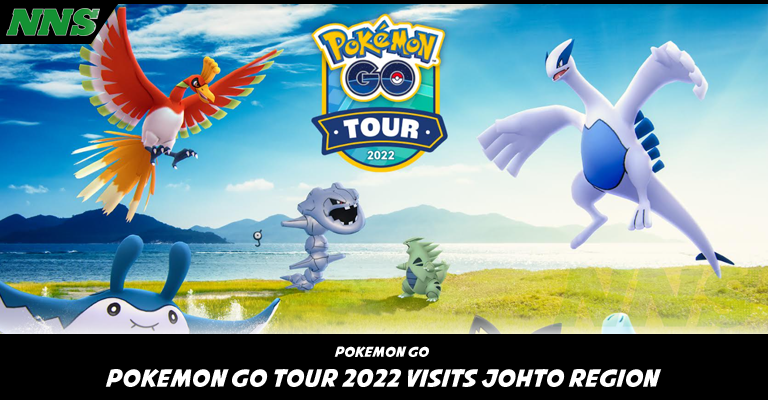 Hey, Trainers! Fire up that Pokegear, turn your caps backward and let’s get ready to take a trip west as we cross into the Johto Region!

From February 26th, 9:00am till 9:00pm we can expect a bunch of in-game events and fun! Tickets have been on sale for a while – $11.99 or your local currency equivalent – and will allow you to take part in the better parts of the event BUT, even if you don’t want to part with $12, you can still snag some event exclusive fun.

For ticket holders, your first steps into Johto will require you to make a decision! Gold or Silver? Of course, us seasoned veterans of the franchise are all too familiar with this binary choice. The key difference is the Pokemon that will appear for you depending on which version you grab. Let’s take a look at those:

A couple things to keep in mind: Once you’ve chosen, you can’t switch sides so pick carefully! Secondly, you’ll need to Trade with someone who has the alternate version to yours to complete some of the Collection Challenges and tasks! Buddy up and co-ordinate ahead of time!

We have a lot more to cover! Here’s a list of everything that everyone will be able to enjoy, Ticket holder or not:

For those that got the Ticket:

So, there you have it! Should be an amazing weekend, right? Let’s take a look at a Johto Pokemon we haven’t covered before: Chikorita!

(And by the way, we’ve covered a few other Johto Species in Spotlight’s past – check them out Here! Maybe this will help you decide which version to go with! 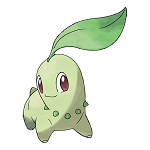 The Grass Starter from Johto – it’s had a Community Day before, but that was prior to me working here at NNS, so, I haven’t, as yet, done a Spotlight for it!

Chikorita is based on two things: A baby Sauropod (Apatasaurus, Brachiosaurus, Camarasaurus, etc) and a pear! You can see the latter influence pretty clearly in its shape. At the time of its release, it was only one of two sets of pure Grass Types: It and its evolutions share this distinction with Tangela only.

The Pokedex is light on information for it, though. It’s a sweet smelling Pokemon who’s leaf wafts a sweet aroma around. It also acts as a barometer, measuring moisture and air pressure changes… and this makes sense as it’s a fan of sunny weather, mostly. It loves to sunbathe and soak up those rays!

It evolves into Bayleaf and then Meganium.

Once again, this Pokemon apparently smells wonderful! Standing near it will refresh you as if you were wandering calmly through a sunlit forest clearing. Beautiful! It also calms opponents, removing some of their fighting spirit. Its breath can rejuvenate dead or dying plant life as well.

But does it calm all challengers in Pokemon GO? 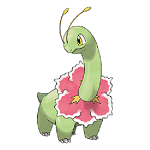 With a Max CP of 2725, Attack of 168, Defense of 202 and Stamina of 190? Hopefully it can calm its attackers down because it’s going to struggle with beating them with its power. It’s a middle-of-the-pack Grass Starter and is outshone by Sceptile (CP 3117, Att 223, Def 169, Sta 172.) but it handily thrashes Serperior, so, it’s not all bad news. As a pure Grass Type, it’s weak to Fire, Flying, Bug, Ice and Poison while it resists Attacks of the Electric, Water, Ground and Grass Types.

Fast Attacks it has access to are Vine Whip and Razor Leaf (Both STAB) while for Charged Attacks it’s got Earthquake, Solar Beam and Petal Blizzard. The Community Day Attack is Frenzy Plant and you’ll be able to get that during the Tour. It’s the beast Grass Type Charged Attack, so, get it and use some Candy and Stardust to snag Earthquake as well to offer yourself some Fire Type coverage.

And that’s what I’ve got for you, Trainers! It’s going to be an amazing day! As always, I wish you the absolute best of luck.