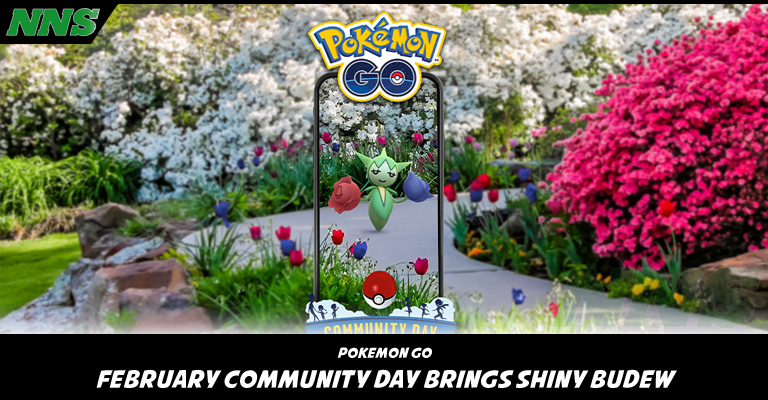 Continuing with the recent theme of Pokemon already available in Shiny form, we have Roselia for this month’s Community Day. (February 7th, 11:00am to 5:00pm local time.) Roselia and its other forms have been around in Shiny form for a long time, now, but again, new players and folks that just haven’t had the luck needed to pluck this bloom will no doubt be thrilled with this opportunity.

What bonuses can we expect to see? 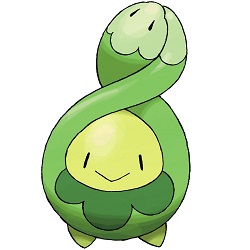 Budew isn’t the star of the show, but it’s the first available form of Roselia and will no doubt be available as a Shiny through Eggs on Community Day.

This little veggie prefers to grow near still, clear water. The cleaner the water it’s raised near the more toxic its pollen becomes, which seems counter-intuitive, right? But either way, its pollen will give you sneezing fits and a runny nose. Hay-fever to the tenth degree. It’s sensitive to temperature, only opening its bud in sunlight in springtime. 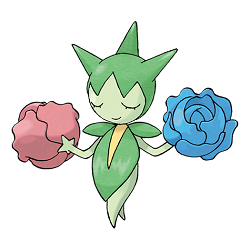 Its next phase is Roselia, and this is the Pokemon we’re going to be hunting on Community Day.

Interestingly enough, this Pokemon was the only one of its evolutionary line available in Generation 3. Budew and Roserade only became available in Generation 4. The Pokedex tells us that this Pokemon’s aroma can bring serenity and carelessness to other beings. The reaction this scent brings about depends on whether the intended target is friend or foe. If the Roselia is raised on nutritionally rich spring water, its scent will be stronger as that’s an indicator of health in your Roselia. Though its blooms are beautiful, resist the urge to prune them off and put them in a vase because this Pokemon will straight up shoot you with thorns that fire off its arms. Ouch. Every rose has its thorn, I guess. It carries different toxins in each of its arms.

Roserade is Roselia’s next evolution and final form. Much like Roselia, this Pokemon is sweet-smelling and can use different aromas to achieve different effects… though, the Pokedex mostly focuses on the fact that it can lull you into obliviousness before whipping you and poisoning you. It also refers to the unfortunates to have this fate foisted on them as ‘prey’ so here’s guessing that it’s moved on from having a pure water diet (Hydrovore?) to straight-up carnivorous. Feed me, Seymour! 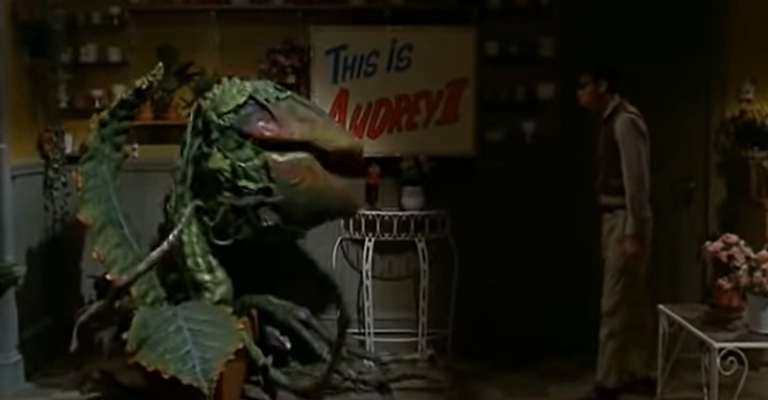 Anyway, it hides the aforementioned whips in its arms and each one is thickly bristled with toxic thorns. Each arm contains a different poison – one kills you fast, one kills you slow. My advice is just be sure to stay on its good side.

So. Here’s the question! Is this Pokemon going to whip the competition in Pokemon GO? 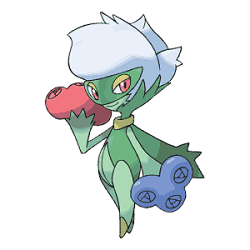 With a Max CP of 3359, Attack of 243, Defense of 185, and Stamina of 155, this Pokemon is another glass canon. Great Attack let down by average bulk. As a Grass/Poison Type, it has a few weaknesses in Fire, Ice, Flying, and Psychic. None of these are doubled up weaknesses though, so there’s that. And it resists Grass very well with standard resistances to Water, Fighting, Electric, and Fairy-Type Attacks.

Speaking of Attacks, it has Razor Leaf and Poison Jab for Fast Attacks. Both STAB with Poison Jab winning out for DPS. For Charged Attacks, you get Dazzling Gleam Solar Beam, Grass Knot, and Sludge Bomb. The latter three are STAB, with Sludge Bomb winning out for DPS. So, your pretty flower is actually a really good Poison Type Attacker, all things considered. The Community Day moves….? While interesting, I’m not sure they’re better choices. Bullet Seed isn’t bad, but Fire Type Weather Ball will only help you combat Ice Types. Ice is a less commonly used Type so coverage against it may not be really necessary. Keep it as a secondary move, if anything, but stick with Sludge Bomb.

Shiny Roselia is a slightly yellower green on its body and it trades blue and red roses for a striking black- purple combo. Very easy to spot!

As always, I wish you the very best of luck growing a veritable garden of shiny roses!