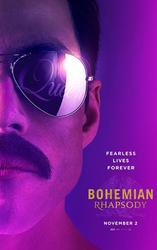 Bohemian Rhapsody, a journey through one of the most storied bands in history. Join in a foot-stomping musical tribute to Queen, their music and Freddie Mercury. The movie will cover the rise of the band due to their amazing songs, the loss of Mercury, and their influence on the modern culture.

I don’t want to watch this movie, but also kind of want to watch this movie. I was really interested in this movie when it was being made with Sacha Baron Cohen, not that Rami Malek would not make an awesome Freddie Mercury. What killed my interest is the reason that Cohen left the film. The band members didn’t want to make a biopic of Freddie Mercury, they wanted it to be about them. They of course will do the Mercury story, because it’s what people want, but wanted to continue on past Mercury, and showcase how they are still amazing without him. That is what burned me on this film. 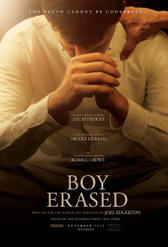 Jared is gay, and the son of a Baptist pastor. When his small town outs him to his parents, played by Nicole Kidman and Russell Crowe, Jared is placed on the outs in his family. He either has to be exiled from his community, and all he has ever known, or suffer a conversion therapy program.

A tough film, but important to this period in time. This is not ancient history, this is just mere years ago where this was a prevailing idea of how to solve homosexuality. 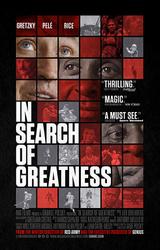 A documentary revealing how and why athletes have worked hard to be the greatest in their fields. The piece holds one on one conversations with historical athletes as it interposes footage from their career. Directed by Gabe Polsky, and featuring athletes Wayne Gretzky, Pelé, Jerry Rice, Sir Ken Robinson, and David Epstein.

I can not stand this documentary. We place way to much attention and money gain upon the ability to run, while subjecting our civil servants to deplorable conditions. This desire to be the greatest, and to force your children to be the greatest creates some of the most upsetting moments in humanities existence. Say what you want, a parent robbing a person’s childhood so they can be a gymnast in the Olympics is disgusting. 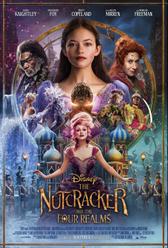 It’s Christmas and Clara has received a key from her godfather Drosselmeyer, played by Morgan Freeman. This leads her into a strange and mysterious world full of nutcrackers and mice. There she fined three lands, the Land of Snowflakes, the Land of Flowers, and the Land of Sweets. In the forth land, Clara must fight “Mother Ginger”, played by Helen Mirren, to save the other three lands, and return home to her own.

Fuck, is it Christmas movie time already? Well while I am not okay with Christmas movies this early, this is the old tale of the Nutcracker done with amazing visuals, and high level acting skills. If done right this movie could be a staple for years to come. This is likely definitely worth the view, but I might wait till it’s almost out of theaters so I can hold back the Christmas tide as much as I can. 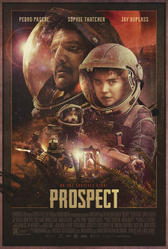 A girl and her father travel to another planet in the hopes of finding a fortune. The father has found an amazing vein of wealth, but that knowledge leads to his early demise at the hands of a scoundrel. Now the girl has to hold her own, as she is forced to team up with her father’s killer to not only survive the planet, but escape it and find a better life.

This film is dark and gritty. It feels like more of a western then it does a sci-fi. However, the sci-fi tones brings about a solid and amazing feel when mixed into the world of this film. If you were a fan of the world of Firefly/Serenity, but found that the comedy took you out of the gritty nature of the world it inhabited, then I highly recommend that you watch and enjoy this film.