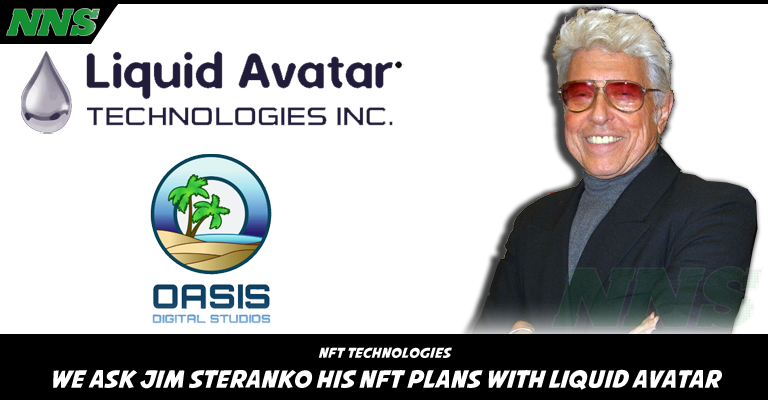 We’ve talked about Liquid Avatar in the past, (See our article Here), but now they are taking the tech and art field even futher.

They have now partnered with comic book writer and artist, Jim Steranko. Steranko’s works including Captain America, Nick Fury, S.H.I.E.L.D., and even introduced Madam Hydra who just graced the MCU in the Falcon and the Winter Soldier.

Steranko joins Liquid Avatar for among other things, to take his skill and knowledge about comic books and changing their format to a modern world. Not only will he be helping in the creation of Liquid Avatar’s custom icons, 3D avatars, augmented reality, and NFTs, but also to apply the technology into the world of comic books!

We were lucky enough to get a minute of Jim Steranko’s time to ask him a couple questions.

Eric Bryan Seuthe II: NFTs are still so relatively new, and cutting edge, how did you first hear about the technology, and what were your initial thoughts?

Jim Steranko: Skepticism was my initial response, but it didn’t take long before I reassessed the situation, in the context that the previous two generations, unlike the previous twenty two, lives in the digital world, not that of material paper. With that idea in mind, I knew, conclusively, that NFTs and the coming technology would not only shape, but dominate all markets, collectible or otherwise.

Eric: NFTs can encompass a broad aspect of content: standard images, interactive content, and even motion content. Do you feel like NFT will dominate in all those fields, or some specifically more than others?

Jim: NFTs are an opening amalgam of art, entertainment, and mass-investment speculation for the 25th Century. Now that they’re in roll-out position, I believe their effect will be profound. Collections and collectors will be inseparable. In the next ten years, we’ll see and experience radical changes in social, business, and political development, many of which will create new lifestyle venues. Collectors of material objects will be rivaled and ultimately outnumbered by the more personal, NFT enthusiasts. As the levels of interactivity—motion, sound, music, and other capabilities—increase and become reality, they are destined to become a prime factor in daily, global life.

Eric: From comic book writer and artist all the way to magician, you have a lot of talents, what made you want to apply those skills into the world of NFTs?

Jim: I was hoping to be paid by the talent! Seriously, NFTs and other digital phenomena are on the cutting edge of contemporary life, love and the pursuit of happiness—and I like living on the edge! But, allow me to correct you on a point: NFTs are only a starting point for Oasis and Liquid Avatar. Our agenda covers a spectrum of offerings—the range of which will stun you. Stay tuned.

Eric: We know why someone would specifically choose Oasis Digital Studios and Liquid Avatar, but how did you come to find yourself partnering with these creative tech groups?

Jim: The man behind the Oasis and Liquid Avatar strategies, David Lucatch, like so many execs who were kids in a certain period and subsequently came into power, grew up reading comics and, apparently, my work left an impression on him. It was obvious that I preferred to create new, innovative ways to tell standard, time-worn stories—and David wanted Oasis product to reflect that philosophy and vision.

Eric: Augmented Reality has the ability to produce fluid moving images in the viewer’s real space, but for the most part use of it in the medium has been minimal and flat. How do you imagine using the technology to breath new life into the format?

Jim: My narrative art and even my cover paintings ripple with motion because it’s one of the elements I invest in the work. In school, I specialized on the parallel bars and the flying rings, and later boxed and fenced. There are people who may see me as an individual who sits in a chair and leans over a keyboard all day, but they’d be terminally mistaken.

Another device I use in my imagery is the opposite: The Oppressively-Still Figure. I’ll design an image focusing on that kind of figure or element, but surround it with others that contrast radically with it. The device creates a dynamic in the viewers’ minds that the static figure is about to explode. That’s one of my best-kept secrets—keep it quiet!

Eric: Your art style can’t really be classified, as you evolved in the space over your years in many industries. Is there a type of art style you plan to incorporate into your projects with Liquid Avatar?

Jim: Of course, and if it doesn’t exist yet, I’ll develop it! I have little interest in defining art styles I use to create imagery—most artists use only one throughout their entire lives—but I always try to find the perfect presentation to best exploit specific material. I hope to use a dozen styles to capture the range of the Oasis product.

Eric: I know it’s a little off topic, but before you go, It’d be a mistake to not ask you about Valentina Allegra de Fontaine. You created Madame Hydra and she just entered into the world of the MCU in Falcon and the Winter Soldier. Having seen her in the real world played by the amazing Julia Louis-Dreyfus how does it feel to see her brought to life?

Jim: Julia is an exceptional performer. However, had I cast the role, I would have found an actress who has more intense physicality, who can command a roomful of fast guns just by walking through it. Julia’s career in light-hearted, comedic roles mitigates her Valentina, who should be seen as a very dangerous and intimidating woman.

With the help of blockchain technology, and the assistance of Oasis Digital Studios Steranko hopes for a summer release to a bunch of new and amazing content. We’ll keep you informed as more hard dates are released!